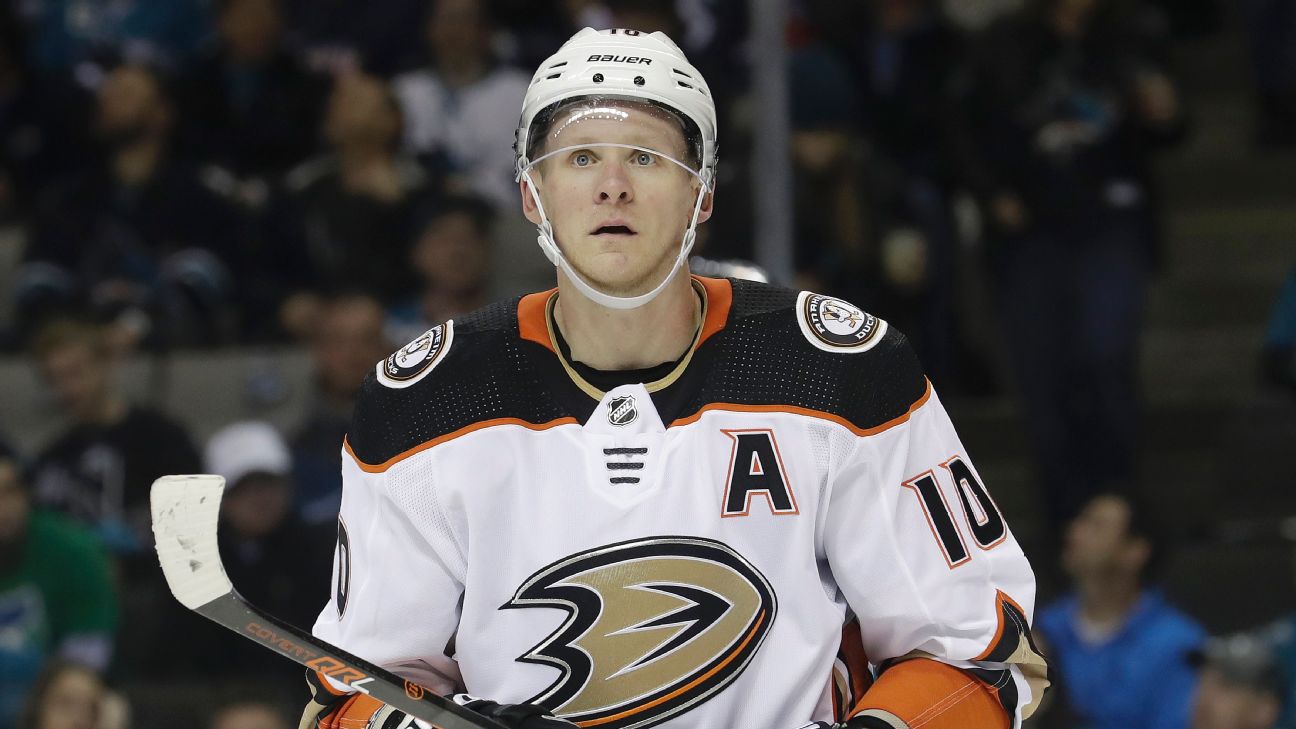 The Corey Perry comeback will have to wait.

The Anaheim Ducks announced on Wednesday that the 33-year-old right wing underwent knee surgery to repair meniscus and MCL injuries. He had been pulled from warm-ups before Monday's game against the Arizona Coyotes.

The timetable for Perry's recovery is 20 weeks, or roughly five months into the NHL season.

Perry was seeking redemption following two lackluster seasons with the Ducks. After six years of playing at a 30-goal pace -- including a 50-goal season in 2010-11 that earned Perry the Hart Trophy as NHL MVP -- Perry saw his goal-scoring totals collapse in 2016-17 (19 goals in 82 games) and 2017-18 (17 goals in 71 games). Those struggles extended to the playoffs last season, when he went scoreless in the Ducks' first-round sweep at the hands of the San Jose Sharks.

His offensive decline had been a topic of conversation in the preseason for the Ducks, with coach Randy Carlyle defending Perry's 49-point output last season as "not an easy thing to do" in the NHL.

Captain Ryan Getzlaf said criticism of Perry wasn't necessarily unfair. "I mean, there's no 'fair' in our game," said Getzlaf to the O.C. Register. "You're the highest-paid guy on our team and you've set expectations at a certain level. It's the way the world works. We've all gone through it. You take the praise and the criticism. He's set the bar. He knows where he has to be."