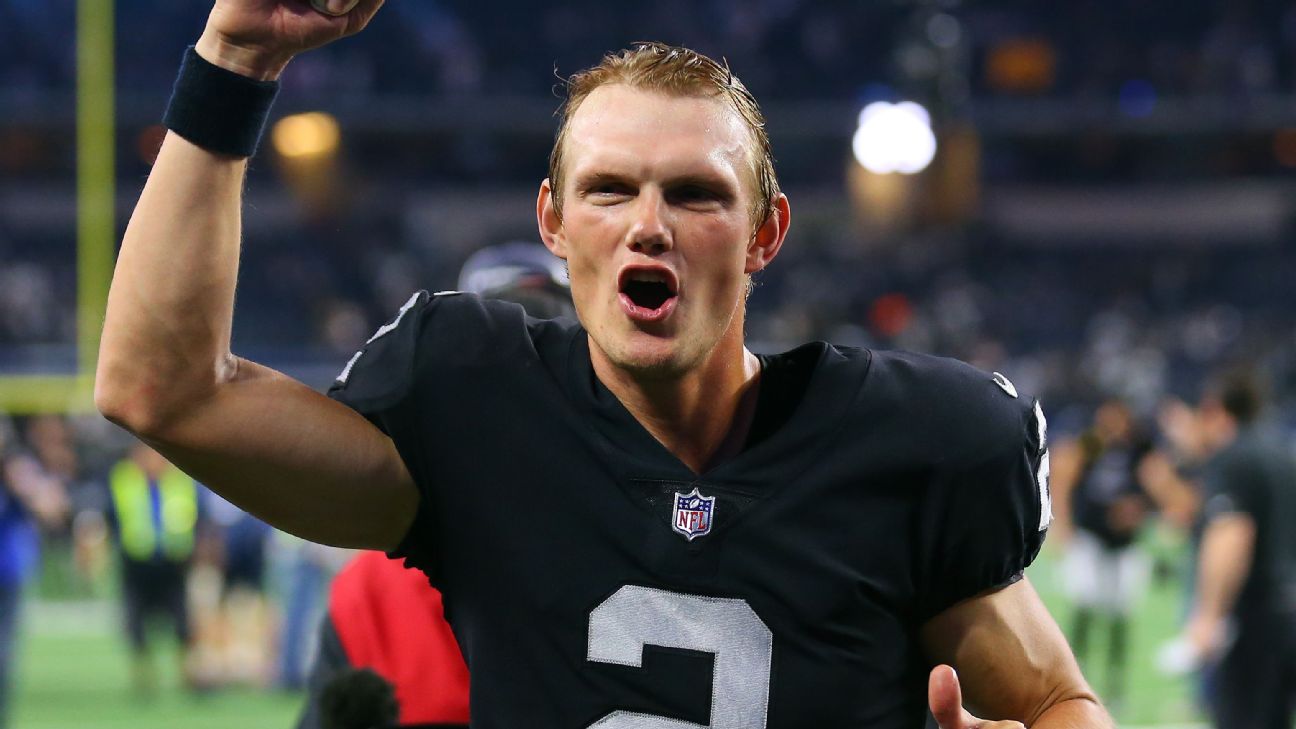 The deal is worth $18.4 million with $10.2 million guaranteed, a source told ESPN's Adam Schefter. It makes Carlson the league's third-highest-paid kicker.


Raiders punter AJ Cole also received a four-year extension Wednesday that will make him one of the league's top-four-paid punters, his agent told NFL Network. Cole's new deal is worth $12.4 million, including $5.9 million guaranteed, a source told Schefter.

Carlson, 26, was initially a fifth-round draft pick of the Minnesota Vikings in 2018 but was cut after two games when he missed three of his first four field goal attempts. The Raiders signed him Oct. 23 of that season.