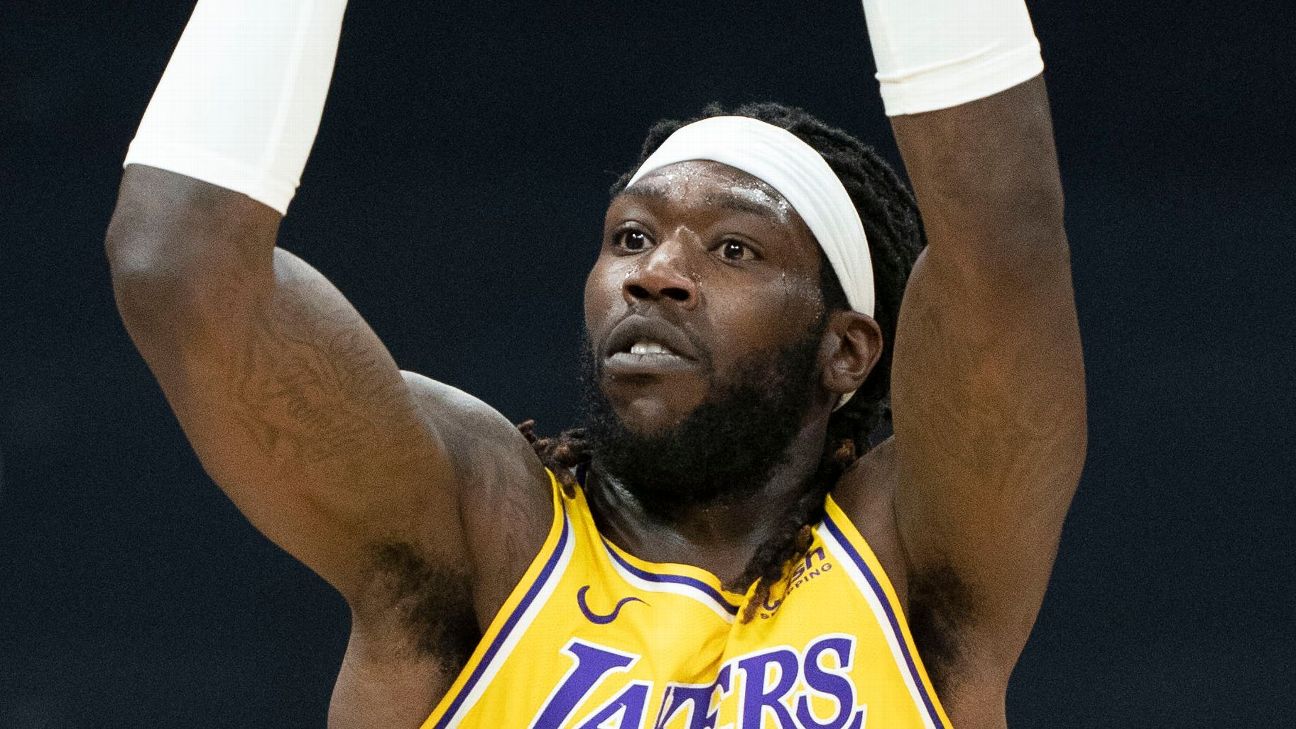 Montrezl Harrell offered a sharp rebuff to the technical foul he received in the Los Angeles Lakers' 123-120 loss at the Sacramento Kings on Wednesday, calling the whistle a "soft" decision by the official.

"I think some of the referees -- and this is not bashing any referee in general -- but there cannot be any instances of calling the game that soft, man," Harrell said after putting up 26 points and 11 rebounds but still seeing his Lakers head into the All-Star break with a seventh loss in their past 10 games.


Harrell scored a sweeping layup in the paint on Kings center Richaun Holmes with 10 minutes, 51 seconds remaining in the second quarter, putting L.A. up 33-26.

After absorbing contact from Holmes on the shot, Harrell said he simply yelled "and-1" as he ran back on defense, which prompted referee Jenna Schroeder to call him for the technical foul.

"And-1" is a common term in the basketball vernacular, used when a player believes he or she deserves a free throw for being fouled on a successful shot attempt.

"What I said was, 'and-1,'" Harrell said. "No cursing, no profanity, none of that. And she turned around and gave me a tech because she was in her feelings, because she felt like I was too loud with her or I belittled her when we were talking [earlier in the game]. Like, you can't bring that into the game. I don't care who it is; I don't care what the situation is."

Harrell said he believes a prior interaction with Schroeder influenced how she perceived his outburst after the score on Holmes.

"Whether me and you or me and whatever ref got into it, in a verbal conversation the play before, just because you're still holding onto a grudge from that, you cannot come back and give me a tech," he said. "The tech that I got definitely was a big one for me and definitely shouldn't have been called, because at the instance of [the call], I'm not looking at her. I was nowhere near her vicinity. I'm running back on defense."


Harrell said that even arena employees at the Golden 1 Center, the Kings' home court, sided with him.

"Everybody on the bench, everybody in the arena, even the guys sitting at the scorer's table said, 'You can't do that. You can't give a guy a tech just for saying 'and-1,'" Harrell said. "If they're going to give me a tech for saying 'and-1,' then they might as well just tech me up all year, man. Because I've said way worse than that and haven't been given a tech.

Harrell wasn't the only member of the Lakers to have a bone to pick with the officiating after the contest.

Coach Frank Vogel said Kings guard Buddy Hield was awarded three points for a jump shot he made with 8:37 remaining in the second quarter, when Hield's right foot appeared to be touching the 3-point line.

"We told the officials about it. They said they'd turn it into Secaucus, and they gave us some excuse that too much time had passed that they can't reverse it at that point," Vogel said, referring to the league's replay center in Secaucus, New Jersey. "When you got a one-point game down the stretch, that's very disappointing that they weren't able to look at that."
Report a correction or typo
Related topics:
sportsespnnewsmontrezl harrellnbalos angeles lakers
Copyright © 2022 ESPN Internet Ventures. All rights reserved.
TOP STORIES
Highland Park parade mass shooting was planned for weeks; 6 dead
Man dies after being injured by illegal firework in Montebello
IE woman viciously attacked by security guard outside bar, video shows
Highland Park 4th of July parade shooting survivors speak out
Parents of late NFL star Demaryius Thomas reveal he had Stage 2 CTE
What we know about the victims of the July 4th parade shooting
Illegal fireworks light up night sky across SoCal on July 4th - Video
Show More
Brittney Griner writes letter to Pres. Biden pleading for his help
11-year-old boy dies from fireworks
Hit-and-run driver sought after man in wheelchair killed in LA
Grand Park 4th of July Block Party returns after 2 cancellations
Suspect arrested in alleged sexual battery inside OC storage facility
More TOP STORIES News