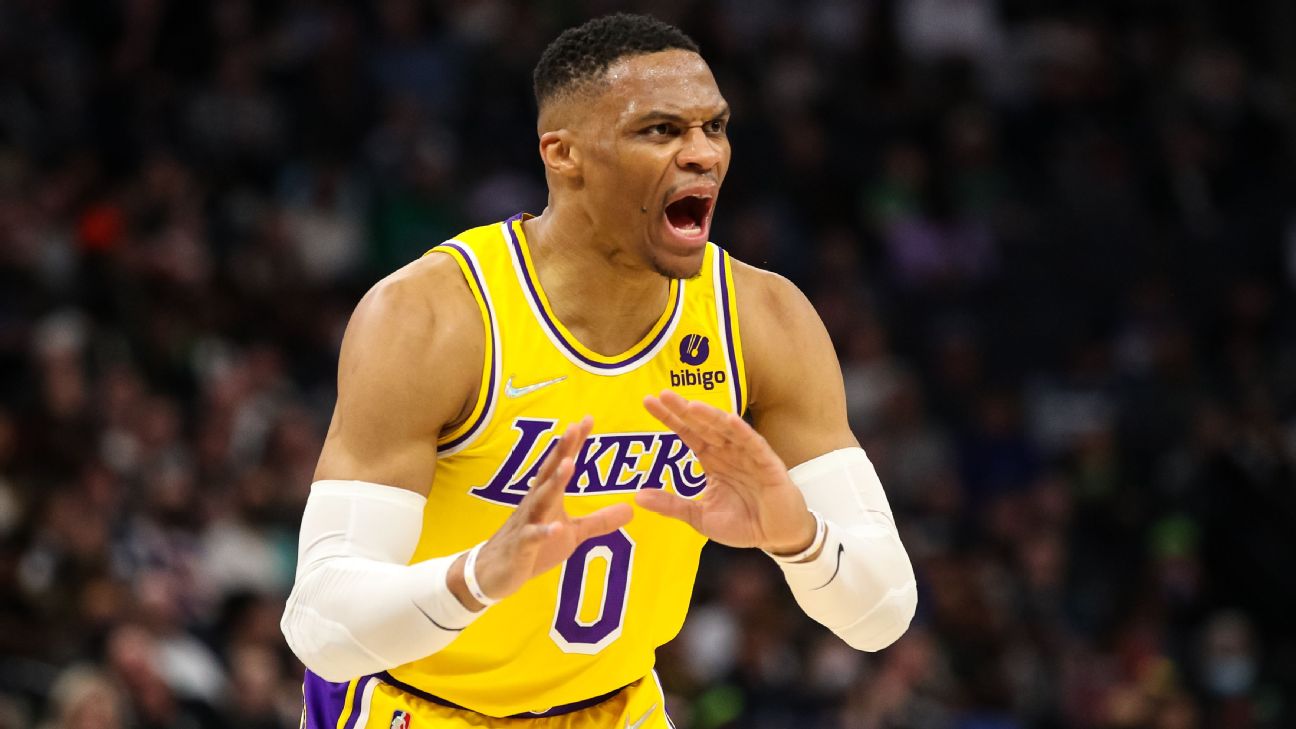 MINNEAPOLIS -- As fans showered the Minnesota Timberwolves starters with thunderous applause when they exited the game late in a blowout win, Karl-Anthony Towns raised one hand and waved toward the Los Angeles Lakers' bench, gesturing by opening and closing his hand several times.

There was noticeable trash talking during the Timberwolves' 124-104 win over the Lakers on Wednesday at the Target Center, and the Wolves enjoyed handing the Lakers their third straight loss.


In one particular sequence that went viral, Russell Westbrook air-balled a corner 3-pointer with 3 minutes, 58 seconds left. After Towns rebounded the miss, he looked twice at the path where the air ball took flight with a perplexed look.

"I honestly don't pay no mind to it," Westbrook said of the Wolves talking smack. "Maybe the other guys [do]. But they weren't talking to me. They were talking to individual guys particularly, but the trash talking doesn't bother me none.

"Nobody over there has done anything in this league that would make me pick my eyes up, like, 'Oh, they're talking mess. Let me respond.' No. It's fine. They're good. They won the game. Happy for them. Move onto the next one."

Earlier in the game, after Patrick Beverley forced a Westbrook turnover, Beverley could be seen plugging his nose as if to say something smelled bad and appeared to mouth the word "trash" twice.

Beverley, who has a history with Westbrook, took to Twitter afterward to respond to Westbrook's remark that nobody on the Wolves has "done anything in this league."


Asked about the Wolves' trash talking,LeBron James said simply, "It's part of the game."

The Lakers (29-40) have much bigger concerns than the upstart Wolves, who have won nine of their past 10, talking trash to them. They've lost 12 of their past 15 games with their past three losses coming by 29, 11 and 20 points, respectively.

James has looked visibly frustrated at times during the past two losses. He scored 19 points but missed 7 of 8 3-point attempts; the Lakers shot just 22.2% from behind the arc.

While James was encouraged that the Lakers showed more fight from the start in Wednesday's loss, he admitted that the losing has taken a toll on his patience.

"I think every season for me is all about patience," James said of the challenges of him leading his team. "And it is no different this year. I think it is just testing my patience a little bit more than any season in the last few years just because of the way we are playing and the losses are coming at a bunch.


"It's testing your patience and how you can continue to keep the focus out on the floor, figure out ways how you can be better for your teammates and not fall into the notion of a losing mentality. ... At the end of the day, I would never, ever put myself in a position where I feel like I am losing, even when I lose a game."

The Lakers don't face Minnesota again this regular season. But there is always a possibility they could see each other in the play-in tournament.

"I've been in this league long enough to realize it's is a front-running league," Lakers guard Wayne Ellington said when asked if he is surprised teams are talking trash to the Lakers. "When you're up, everything is going great. When you're down, they'll kick you.

"So right now, we have been getting kicked and teams have been enjoying it. It all comes back around full circle." 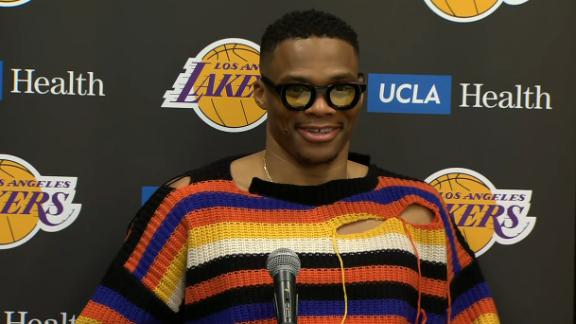 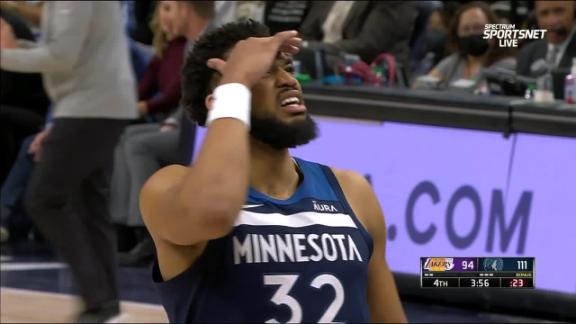