Louisville investigating claims of escort use in recruiting 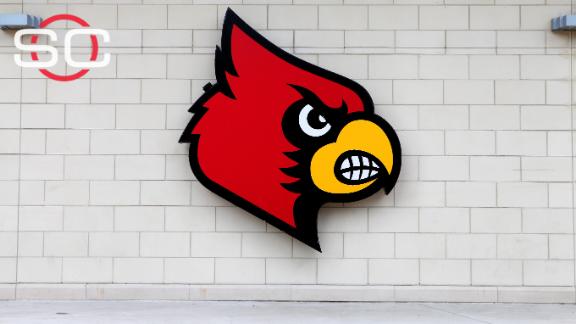 The University of Louisville and the NCAA are looking into allegations in a newly published book that a former director of basketball operations paid an escort service to provide sex forCardinalsrecruits.

The NCAA talked toLSUfreshman and ex-Louisville commit Antonio Blakeney earlier this week about his experiences on a recruiting visit, a source told ESPN.

"We're still trying to uncover the facts," Louisville athletic director Tom Jurich said during a news conference Friday. "We want to get to the bottom of it as much as anybody does ... and we will."

The book is titled "Breaking Cardinal Rules: Basketball and the Escort Queen" and was released late Friday. It contends that a woman named Katina Powell was hired repeatedly by former Louisville player, graduate assistant and director of basketball operations Andre McGee to provide strippers and prostitutes during recruits' campus visits.

In the book, the 43-year-old Powell says she provided entertainment for 22 parties from 2010 to 2014 at Billy Minardi Hall, which houses Cardinals basketball players on campus. Powell saidshe and three of her daughters, along with other women, participated in the sex acts. Powell reveals in the book that she received more than $10,000 for supplying women for the parties. The book also includes a text message between Powell and McGee in which they discussed game tickets as compensation.

"To say I'm disheartened, disappointed would be the biggest understatement I've made as a coach," Louisville coach Rick Pitino said of the allegations during a Friday news conference.

Pitino said he has spoken with McGee once since learning about the book's contents. Pitino said McGee did not admit to any wrongdoing.

Houston Rockets second-round pick Montrezl Harrell, who played for Louisville from 2012 to 2015, said Saturday he didn't know anything about the allegations.

"I see that apparently my name is in it or something like that. No comment about it," Harrell said after Rockets practice. "The U of L is doing their job of having an investigation of looking at it. That's how I'm leaving it."

Asked if he had seen any parties involving the use of strippers and prostitutes, Harrell said no.

"I didn't too much stay at the dorm myself," he said. "I stayed off campus and I had a girlfriend off campus, so no."

He said he was shocked to hear about the book and the allegations that are in it.

"It was pretty shocking that did take place, if it did," Harrell said. "I don't know. Like I said, it's up to U of L to go through their investigation. I'm right there with Coach P, just as much shocked as he is. I don't know what's going to happen or how it's going to be or how it will be handled or taken care of. It is what it is. It's out there. You can't do nothing about it."

McGee is an assistant coach at the University of Missouri-Kansas City after leaving Louisville in 2014. UMKC announced Friday night that McGee had been placed on administrative leave with pay while the school conducted a review.

UMKC head coach Kareem Richardson issued a statement Saturday calling the allegations "a matter of serious concern." He said the school's director of basketball operations Conner Hampton would take over as an assistant during McGee's leave.

Pitino added that he had spoken with 15 people about the allegations and that none of them had any knowledge of what the book details.

Louisville released a statement Friday saying it first learned of the allegations when the Indianapolis Business Journal contacted the school in late August. The school said it retained Chuck Smrt of the Compliance Group, which assists schools in NCAA cases, to conduct an investigation.

"In coordination with the University's legal counsel and faculty athletics representative, Mr. Smrt's review was quickly launched to assess the validity of the information and the potential for any NCAA rules violations," the school said in its statement. "The University, on its own initiative, notified the NCAA Enforcement Staff regarding this matter and has been in regular communication with them.

"The University of Louisville will continue its review in full cooperation and coordination with the NCAA and if warranted, take any appropriate action. The allegations have been taken very seriously. In no way would anyone at this institution condone the alleged activities."

The book was released by IBJ Book Publishing LLC -- a sister company of the Indianapolis Business Journal. According to the IBJ, players would be named in the book, which also has several photos of Powell and other escorts with recruits and Louisville players.

The IBJ tweeted one of the photos Friday night.

Powell told the IBJ that part of the reason she is doing the book is to make money. She will receive 10 percent of the book's sales.

She also felt her story needed to be told.

"I decided to write the book to tell my story and to let people know what goes on inside of college basketball ... and how they get their new recruits," Powell told the IBJ. "It's important for people to know ... how young kids are persuaded to do certain things by sex, drugs and alcohol."

The publishing company said it paid investigators and Pulitzer Prize-winning reporter Dick Cady to vet Powell's story and based much of the book on journal entries, photos and text messages.

Jurich said he has been in contact with Pitino about the allegations.

"We talk all the time. He's my basketball coach," Jurich said. "He wouldn't condone this, either. He has a perfect track record."

Jurich, when asked how Louisville found out about its involvement in the book, said he was tipped off by an associate athletic director at Indiana University, who had reached out at the request of a Hoosiers booster looking to identify a player in a photo.

Indiana issued a statement Friday night, saying it did not learn of the investigation at Louisville or the contents of the book until reports about them came out Friday.

"At no time did Indiana University have contact with the NCAA on this issue, contact a member of the media or act in malice in any way towards Louisville, and any suggestion contrary to these facts is false," the school said.

Scott Cox, a Louisville-based attorney representing McGee, said his client did acknowledge that he has known Powell for several years going back to when he played at Louisville from 2005 to '09. But he added that McGee denied Powell's allegations.

"He's emphatically denied he ever paid any person to have sex with a player or recruit at the University of Louisville," Cox told ESPN.com. "Beyond that, he's a very mature young guy, I think he's 28. He's doing his best just to keep his head up despite the fact that he's been shocked by the allegations from this person."

Cox said he's hired his own investigators -- some of whom are retired FBI agents -- to look into the allegations and so far "we haven't found any evidence to support her allegations."

Added Jurich in the news conference earlier Friday: "Andre's a young man, and I'm not going to turn my back on him. I would be very shocked if he were involved in this."

Yahoo! Sports first reported that the book would be published.

ESPN.com's CL Brown and Calvin Watkins and The Associated Press contributed to this report. 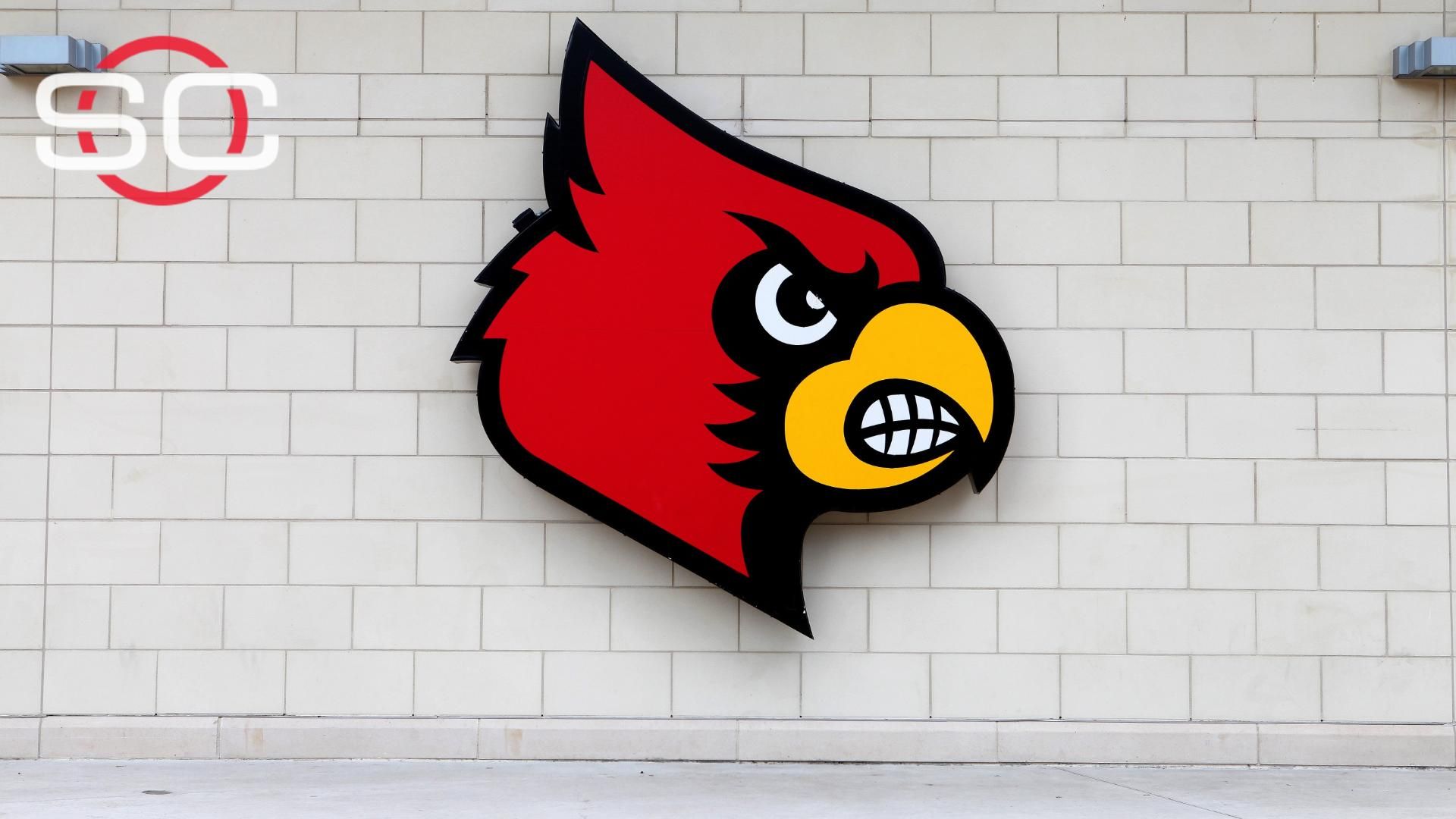 Book claims Louisville used escorts in recruiting
ESPN college basketball Insider Jeff Goodman reports the University of Louisville and the NCAA are looking into allegations in a soon-to-be-published book that a former school employee paid an escort service to provide sex for Cardinals recruits. 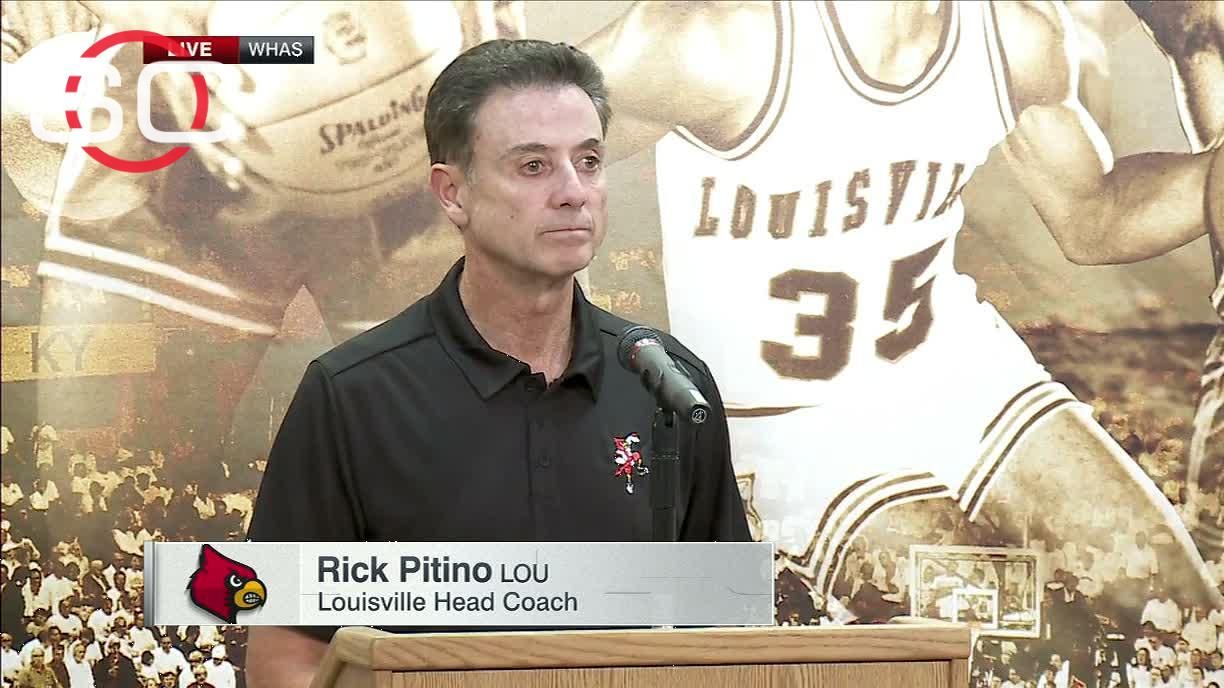