LSU's Ed Orgeron has backing of players as coaching candidate 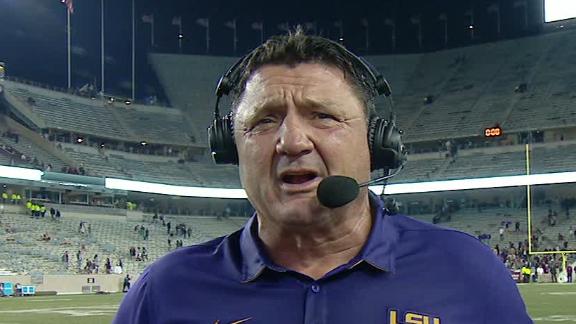 COLLEGE STATION, Texas -- While LSUmight have its next head coach already targeted, its players made a passionate case for the interim head coach, Ed Orgeron, in the aftermath of their regular-season finale.

After a 54-39 win over Texas A&M on Thursday night, several players expressed their hope that LSU decides to remove the interim tag from Orgeron's title and make him the next head coach.

"I think he did a tremendous job," LSU safety Jamal Adams said. "I love Coach O. I pray that he's the head coach for LSU."

Sources told ESPN.com's Chris Low on Thursday that LSU was "zeroing in" on Houston's Tom Herman and could reach a deal as soon as Saturday. LSU athletic director Joe Alleva responded during the game with a statement saying that the school has not made a decision on its next football coach and that Orgeron "has done a great job of leading this team since taking over in late September."

"He's done a great job," LSU running back Derrius Guice said. "He's a family guy. He keeps us close. He reminds us that it's you fighting for your brothers. ... We're all one heartbeat. I want Coach O to stay. We need somebody like Coach O to lead us out there.

"Coach O has my vote all the way."

The Tigers were 5-2 under Orgeron's watch, with losses to Alabama and Florida. Asked what he knew about his future when it came to the job, Orgeron said, "I don't know anything."

"Look, when we started this thing, Joe asked me to do my best on a daily basis and that's all that's been discussed," Orgeron said. "That's all I've done. I'm sure things are coming up, but I'll take them one day at a time."

Orgeron said he was appreciative of the support from his team and Alleva and that he was treated like a head coach, not like an interim coach, by the administration and coaching staff. He also made it clear he felt like he did a good job.

"We had to turn this team around and we did," Orgeron said. "It was a ship that was sinking and we turned it around." 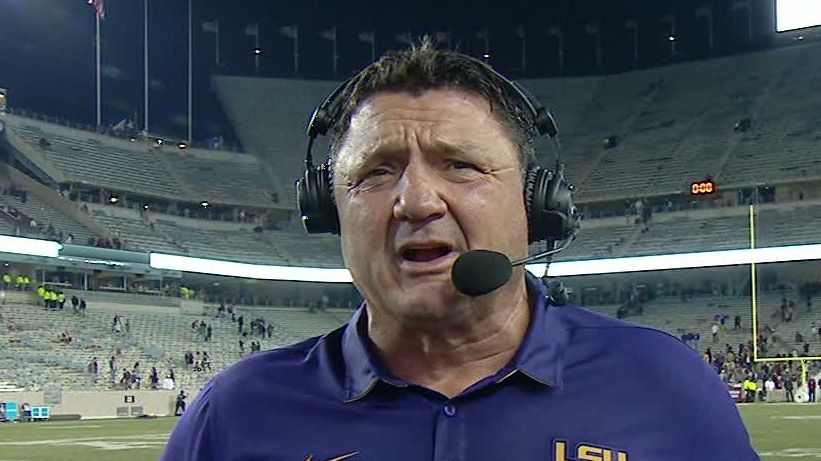