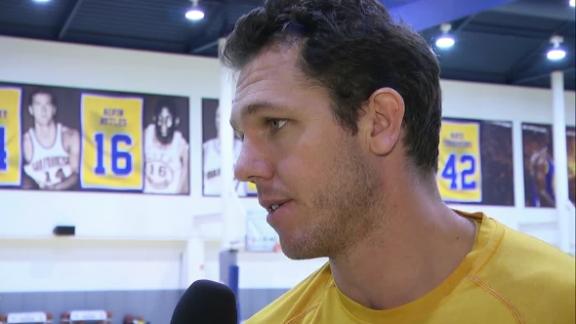 OAKLAND, Calif. --Golden State Warriors assistant coach Luke Walton said it was a difficult decision to take over as head coach of the Los Angeles Lakersbut one he was prepared to make.

"It was a tough decision, but I didn't have to sleep on it because I already kind of thought it out," said Walton, who addressed the media for the first time since news of the hire broke Friday. "Obviously, I love that the past two years, the players here are incredible, not just talent-wise, but the people they are. I love the coaching staff I work with here."

NBA coaching sources told ESPN's Marc Stein that Walton landed a five-year deal with the Lakers -- four years of which are guaranteed -- at an annual salary believed to be between $5 million and $6 million, depending on incentives.

Walton will remain on the Warriors' staff for the remainder of the team's playoff run. His coaching star rose considerably after he led the Warriors to a 39-4 start while filling in for an ailing Steve Kerr this season.

"I was a little nervous about making the phone call because we have such a good thing going here, and I respect [Kerr] so much," Walton said. "But he was blown away. He couldn't believe how quickly it had happened, but he was so excited. It was like two friends talking. He was really, really happy for me, the opportunity. We had that call, and I was at his house three hours later."

Walton will be trading a team that won an NBA-record 73 games this season and is chasing its second straight title for a Lakers squad coming off a franchise-worst 17-65 season. Walton said he is ready for the challenge.

"[The Lakers] laid it all out. They showed what they want to do, players they plan on going after, all that stuff," Walton said. "That's exciting to me. Get to be with one of the greatest organizations in the history of sports, and they're ready and willing to get after it."

A Southern California native, Walton admitted that his being a former Laker affected his decision-making.

"The fact I played for the Lakers, and I feel part of that family, I still root for them," he said. "Even before I took this job, I watched Laker games and hoped that they succeed and win, so it's kind of nice to be able to go back and try to help rebuild what they used to have there."

"I don't think the triangle's the most appropriate offense for the players that they have in place right there," Walton said. "So I think I'm going to bring more of the style and spacing that we use up here, which has elements of the triangle, that philosophy."

Walton noted he is very aware of his present situation in the Bay Area despite knowing his future is in Los Angeles.

"My priority is winning a championship right now [with Golden State], and the Lakers know that," Walton said. "And they know that's how it should be, and we have the chance to do something very special here."

ForwardDraymond Green, considered the heart and soul of the Warriors players, said he'll be sad to see Walton go.

"I'm happy for him but at the same time this will sting a little bit," Green said. "He's obviously a guy we want around. When we have the type of success we had and he proved what he proved this year he deserves it. That's a dream job for him."

The Warriors open their second-round playoff series against the Portland Trail Blazers on Sunday. 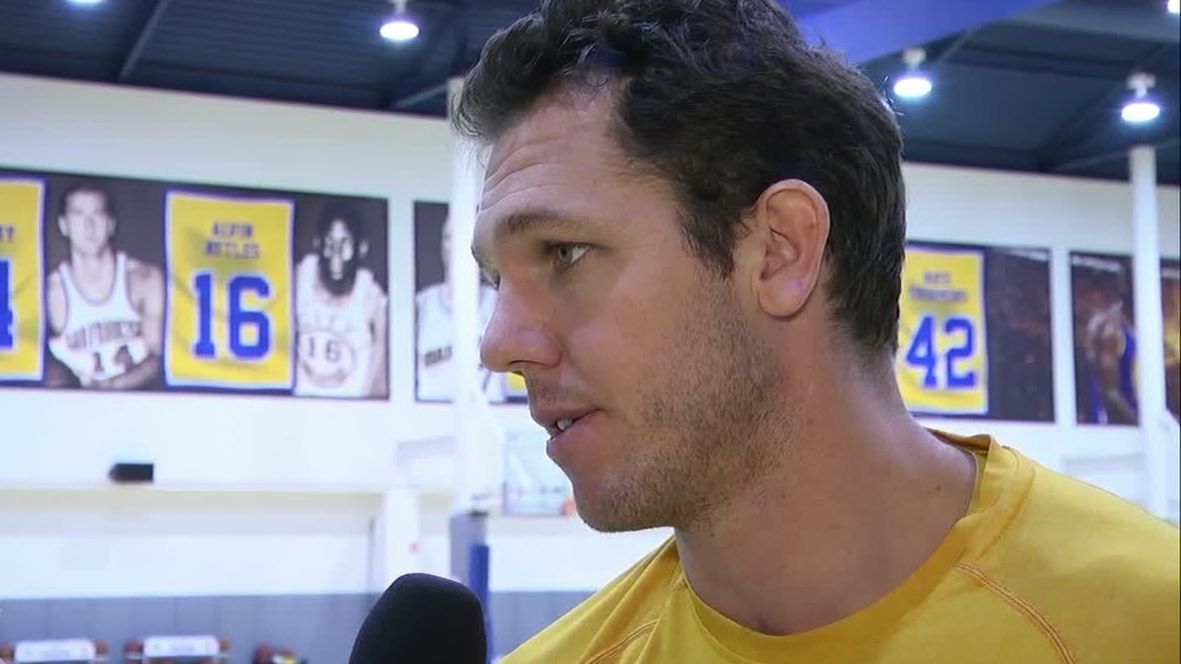