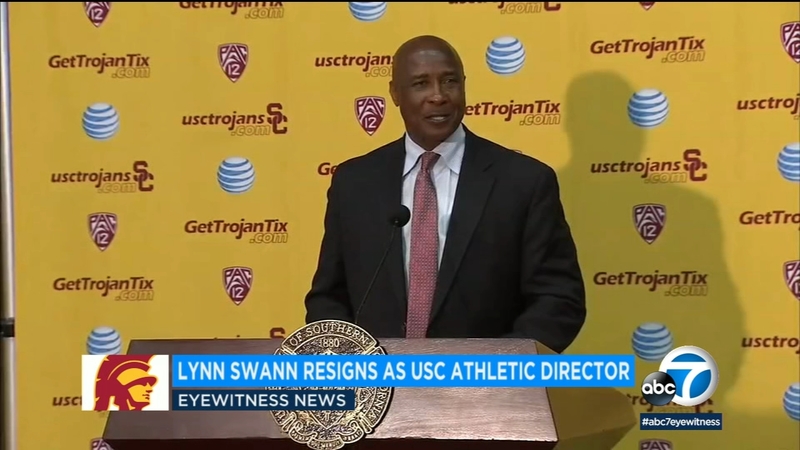 LOS ANGELES (KABC) -- The University of Southern California is experiencing yet another shakeout of its staff with the announcement that athletic director Lynn Swann is stepping down, according to university officials.

The statement reads in part: "Lynn has been a leader on and off the field at USC for nearly five decades, and he will forever be a valued member of the Trojan family."

Lynn, 67, only served three years in the role, after stepping in back in 2016. The Pro Football Hall of Fame receiver spent nine years with the Pittsburgh Steelers.

Dave Roberts, special adviser to the president, will serve as the interim director the athletic department, while an appointed committee conducts a nationwide search for a permanent replacement.