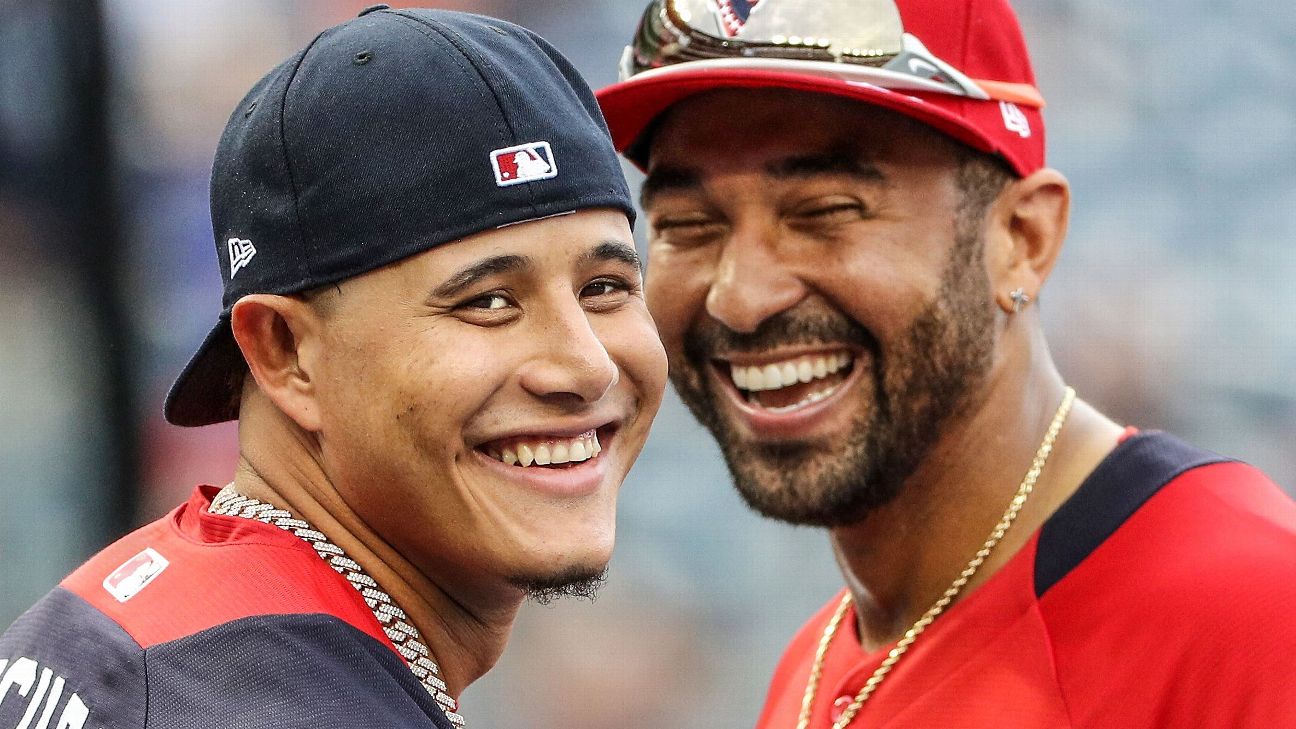 The All-Star Game featured a record 10 home runs, but the Manny Machado trade rumors that had hovered over two days of festivities turned into the biggest news of the night when reports during the game made an impending trade between the Orioles and Dodgers all but certain.

And the deal is actually happening: Machado, a fixture in Baltimore since 2012, when he reached the big leagues 34 days after turning 20 years old, is on his way to L.A. to become a member of the Dodgers, for whom he'll play out the rest of the 2018 season before taking his talents into free agency.

The Dodgers begin the second half with a half-game lead over the Diamondbacks in the National League West, but it hasn't been an easy ride. Shortstop Corey Seager played 26 games before undergoing season-ending Tommy John surgery. Clayton Kershaw missed 30 days in May and three more weeks in June. Closer Kenley Jansen started the season with diminished velocity and some bad outings. A six-game losing streak in mid-May dropped the team to 16-26 -- tied with the Padres and 8 games behind the first-place Diamondbacks.

Unlikely heroes emerged. Max Muncy eventually hit his way into the starting lineup and has belted 22 home runs with a 1.013 OPS. Ross Stripling moved into the rotation because of injuries and became an All-Star with a 2.08 ERA. Matt Kemp hasn't stopped hitting and also became an All-Star. Ever since Seager went down, however, the Dodgers have been linked to Machado. Now they've added a lethal middle-of-the-order bat. Despite dealing with the trade rumblings since last offseason, Machado is having his best season at the plate, hitting .315/.387/.575 with 24 home runs.

Machado is expected to play shortstop for the Dodgers, as he did with the Orioles, although shortstop actually hasn't been a problem. Seager played his last game on April 29; since then, with Chris Taylor getting most of the starts (plus a few from Enrique Hernandez), Dodgers shortstops rank fifth in the majors in wOBA. The bigger issue has been second base, where Logan Forsythe and Chase Utley haven't provided much production and the Dodgers rank 20th in the majors in wOBA.

Adding Machado allows Dave Roberts to slide Taylor over to second base and create a deep lineup with a deep bench and lots of versatility and ability to mix and match:

Puig is on the DL at the moment with an oblique strain and may miss another week, but Joc Pederson is around, and he's slugging .515. Hernandez is actually third on the team with 16 home runs, and he usually starts somewhere against lefties. Muncy has filled in at third base and second, while Bellinger plays a lot of first base. Taylor was the starting center fielder before moving to shortstop to replace Seager.

Machado gives the Dodgers what might be the best lineup in the NL the rest of the way. While they're currently fifth in the NL with 4.7 runs per game (the Cubs lead with 5.1), they averaged 5.4 runs per game in June and are at 5.2 so far in July. They lead the NL with 129 home runs, and they've made a big offensive upgrade.

If there's one possible negative here, it's the defensive metrics and reports of Machado's defense at shortstop. While he won two Gold Gloves at third base, he's at minus-19 defensive runs saved, worst among shortstops. Taylor, meanwhile, has played a solid shortstop (plus-3 DRS). Still, the upgrade at the plate outweighs some of the potential range issues. He also has a big home/road split this year, with a 1.140 OPS at home/.797 on the road, with 17 of his 24 home runs at Camden Yards.

Jansen, talking to reporters after Tuesday's All-Star Game, says he doesn't expect the front office to stop after Machado: "If it does happen, it would be awesome. That would lift our lineup. Hopefully we can get a few pieces in the bullpen, and this is go time."

Indeed, it shouldn't be a surprise that the Dodgers made the move, especially since they will apparently still remain under the luxury tax threshold. It's the fourth year in a row they've made deadline splash:

July 30, 2015: Acquired Alex Wood and Luis Avilan (and others) as part of a three-team trade with the Braves and Marlins.

July 31, 2017: Acquired Yu Darvish from the Rangers, Tony Cingrani from the Reds and Tony Watson from the Pirates.

They've made those deals without ripping apart their farm system, as none of the prospects traded away have yet made a major impact at the major league level. The Dodgers won the division all three of those seasons -- in fact, they're riding a string of five straight division titles -- but a World Series title has eluded them. Now they've added the biggest prize of the trade deadline, and it makes them the clear favorites in the NL West -- and maybe the favorites to return to the World Series.