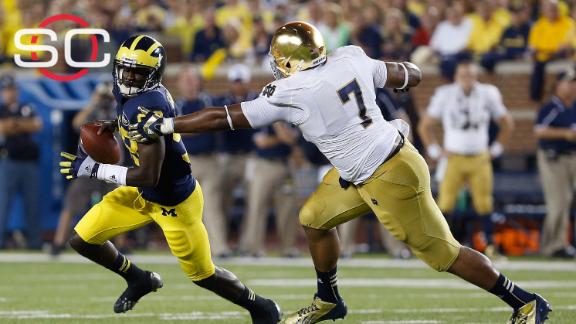 Michigan and Notre Dame met on the basketball court last weekend and will meet on the ice Friday night. The possibility of the old rivals again clashing on a football field might be getting closer to a reality as well.

New Michigan athletic director Warde Manuel said he would be open to discussing future matchups with the Irish in football. The two college football blue bloods ended their annual series in 2014 with an unfriendly parting of ways.

"If there are opportunities in the future to bring the rivalry on the football field back, obviously I'd be open to having that conversation," said Manuel, who officially took over Michigan's athletic department less than two weeks ago. "It's not only great for Michigan and Notre Dame football, I think It's great for college football for that rivalry to continue at some point in the future, so we'll see where that goes."

It's unclear how quickly the two teams would be able to find space for a meeting on each other's schedules. Manuel said he hasn't looked at the timeline in detail but said he isn't concerned that future schedules are cemented enough to prevent a meeting with Notre Dame if the opportunity arises.

"I've been involved in scheduling football for almost two decades now, and you can always try to find ways to put things together," Manuel said. "I don't know when the timeline would be, but I'm not worried that we're out significantly."

Former Michigan athletic director Dave Brandon said in 2013 it would be "a long time" before the two schools played again after Notre Dame dropped the series to make room to schedule more ACC teams as part of an agreement with that conference.

Notre Dame coach Brian Kelly said last September that he thought the possibility of the series returning was "trending up." 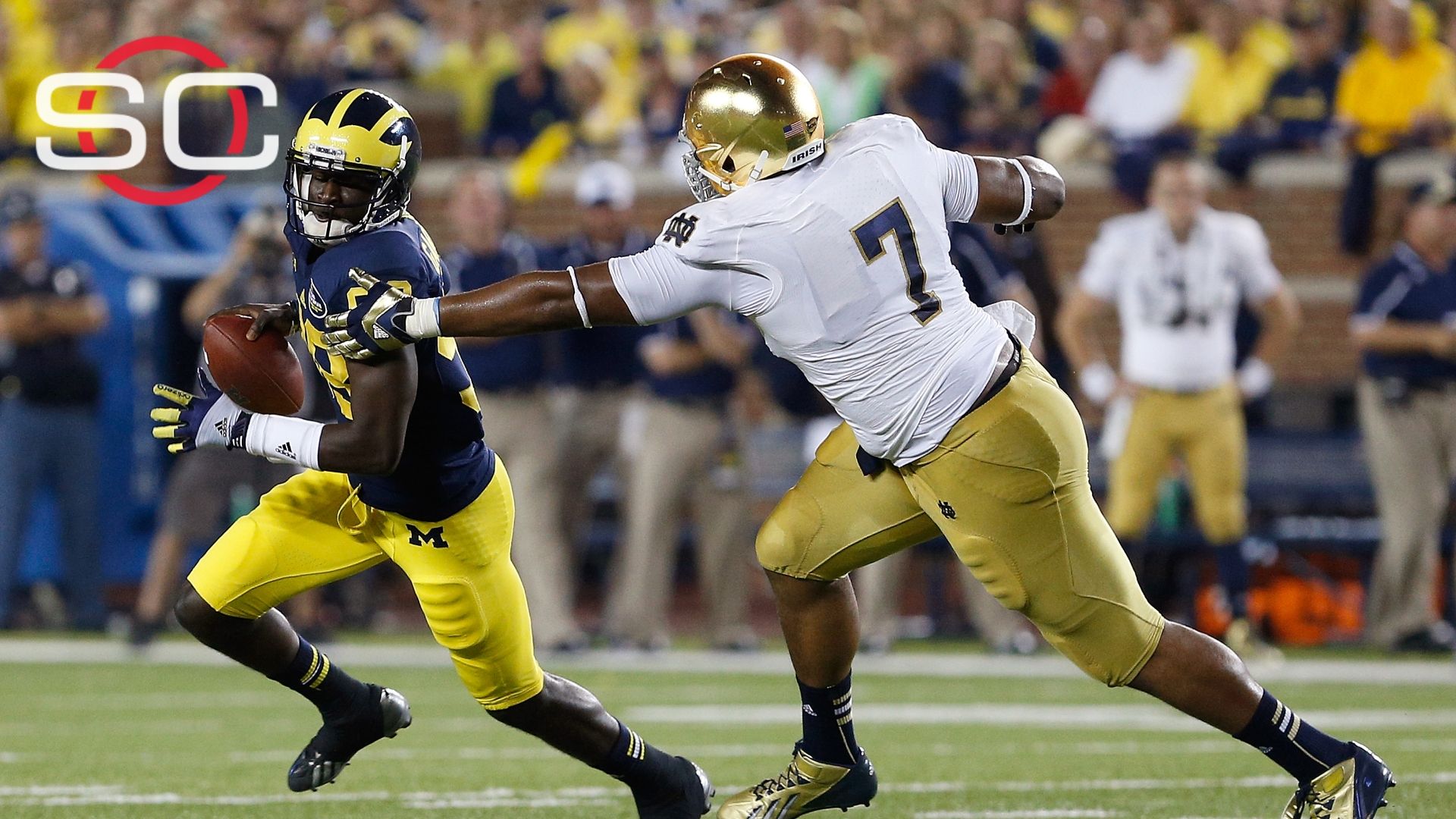