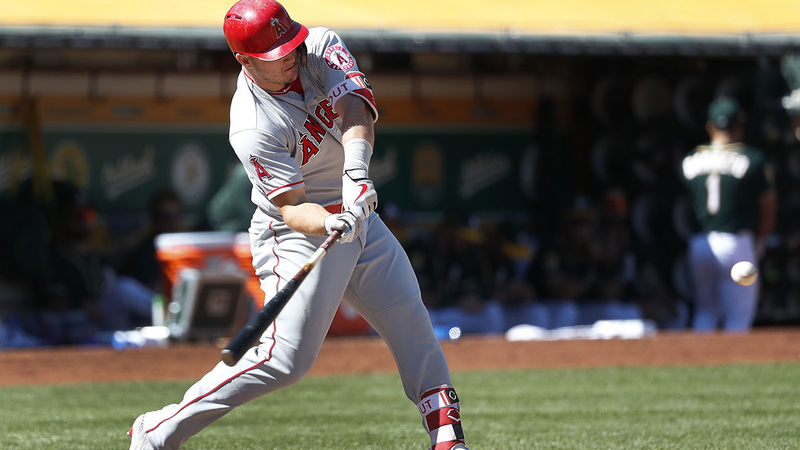 ANAHEIM, Calif. (KABC) -- Center fielder Mike Trout and the Angels are finalizing a 12-year deal worth more than $430 million, which will make it the largest contract in the history of professional sports, ESPN reported Tuesday.

According to the terms, the 27-year-old Trout will receive an average of almost $36 million per year as part of the contract extension. The $430 million-plus total is 30 percent more than Bryce Harper's then-record-breaking deal with the Phillies that was signed on March 2.

Trout, a two-time American League MVP, had been due to be a free agent after the 2020 season. Before news of the contract became public, large-market teams had been expected to bid furiously for the longtime Angel.

Breaking: Mike Trout and the Angels are finalizing the largest contract in professional sports history, a 12-year deal worth more than $430 million, sources familiar with the deal told @JeffPassan. pic.twitter.com/uZ7Ik7BGaj

Harper himself had tried to lure Trout to the Phillies, whose stadium is located about 45 miles from Trout's hometown in New Jersey.

Fans are buzzing with excitement, thrilled at the prospect of keeping Trout for likely the rest of his career.

"Oh it's just awesome to have a home-grown player that came out of our organization and to continue to be the best, can't beat it," said fan Alberto Aguiano.

Trent Rush, a reporter for Angels Radio AM 830, says the report provides clarity for the team and fans.