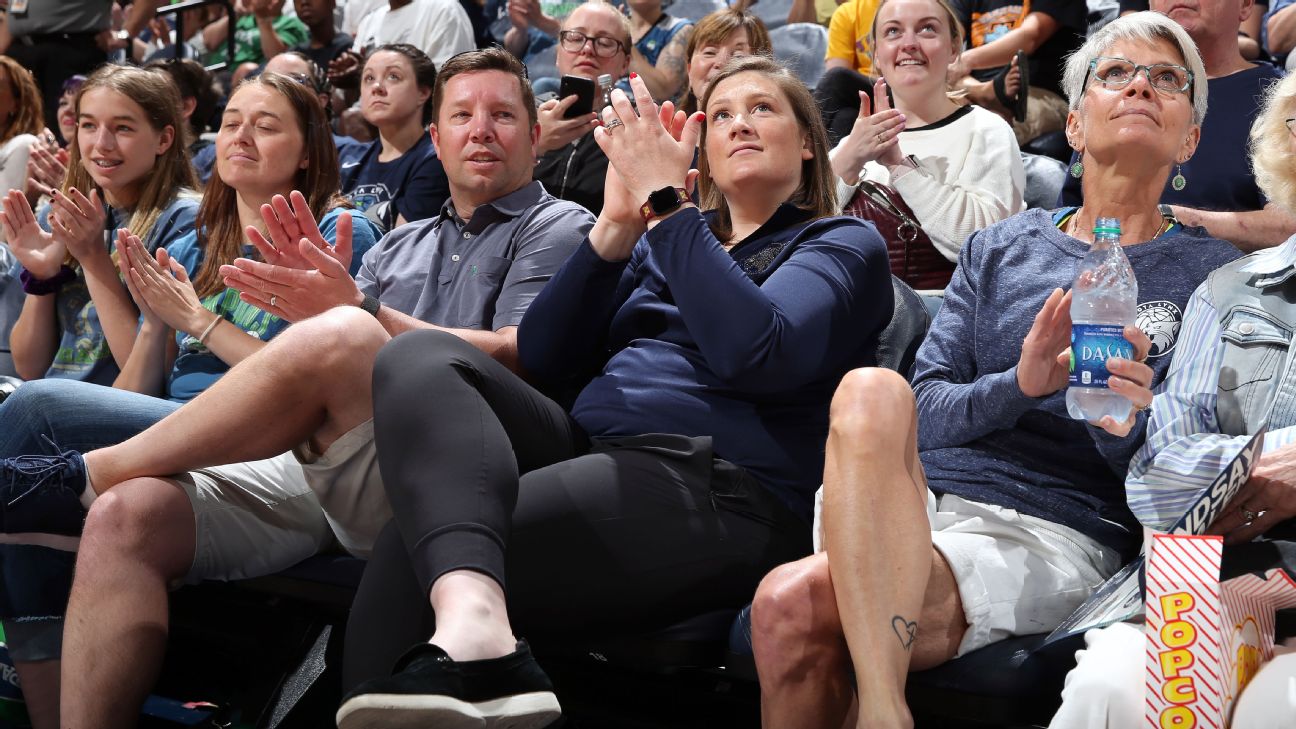 ESPN
By Myron Medcalf
MINNEAPOLIS -- Former WNBA star Lindsay Whalen's legacy and the pregame ceremony to retire her jersey loomed over the Minnesota Lynx's 89-85 loss tor their rival, the Los Angeles Sparks, at the Target Center on Saturday.

The retirement of Whalen -- "Whay" to locals -- triggered the next chapter of Lynx basketball. That was the theme of a contentious and competitive matchup.

"We just couldn't win it for Whay," Lynx coach Cheryl Reeve said after the game. "We were supposed to get it done for Whay."

The Lynx, who entered the game with a 4-1 record, completed a miraculous run in the second half to overcome a first-half, double-digit deficit. But the Sparks and Chelsea Gray made big plays down the stretch as the young and revamped Lynx missed key free throws and struggled to maintain their poise, as evidenced by their 21 turnovers. Jessica Shepard's late-game knee injury (she'll have an MRI in the coming days) rattled the team, too.

After leaving the Lynx, Whalen moved down the street and became the Minnesota Gophers women's basketball head coach, so her retirement party, complete with a farewell news conference and multiple commemorative videos on Saturday, has lasted for a year.

At halftime, Whalen, who won four titles with the Lynx, spoke about her achievements with the franchise.

While she spoke of her time with the Lynx during a halftime media scrum, her old team had just turned a 40-28 first-half deficit into a 51-50 lead on Lexie Brown's 3-pointer with 5:12 remaining in the third quarter.

This is not the team Whalen led for nearly a decade.

The "core four" no longer exists. Maya Moore has taken a year off. Seimone Augustus is recovering from knee surgery, so she made her greatest impact as a player-coach on Saturday. Rebekkah Brunson is not with the team while she recovers from a concussion. And Whalen is now a Division I coach.

"They're playing well, and they're off to a great start," Whalen said about the current group.

It's a promising team.

Rookie Napheesa Collier (18 points, eight rebounds, 2 steals, 2 blocks against the Sparks) looks like a future WNBA star. Odyssey Sims (11 points), a former Sparks guard and Whalen adversary, could be a steal for the Lynx. Lexie Brown had 21 points off the bench.

Down by 10 near the five-minute mark Saturday, the Lynx came back again. Brown made a circus shot from beyond the arc to cut L.A.'s lead to one, 83-82. In the final minute, the bond and trust Whalen had developed over time with her former teammates was something the current squad lacked. It will come, but like any young squad, the Lynx unraveled at times.

Riquna Williams gave L.A. 25 points off the bench. And Gray refused to yield, hitting a pair of clutch shots in the final seconds, including one off an inbounds pass with 8.5 seconds to go that helped seal the win.

"I learned that we're going to be really, really good if we bring this type of intensity and championship mindset and fortitude," Sparks coach Derek Fisher said. "We just were not going to allow the Lynx to win."

Sylvia Fowles, who played with Whalen on two title teams, has seen it all before. The chemistry with her new teammates? Give it time, she said.

"It's being attentive, paying attention to detail and making sure we're confident," said Fowles, who finished with 20 points and 13 rebounds. "I think a lot of us were hesitant about doing certain things. And [I] let them know it's OK to make mistakes, as long as we're going hard. And once we get that concept, I think we'll be all right."

After the game, the Lynx sulked in the locker room. Sims, who wore Sparks-colored shoes during introductions before switching to a pair of black shoes early in the game, said she was happy with the comeback but said the Lynx couldn't get the necessary stops late.

"I thought we had some turnovers that really killed us at the end there and just not executing what we needed to offensively," she said. "Chelsea Gray made some great plays. ... We just need to get better at a lot of stuff."

In 2010, Whalen's first season with the team, the Lynx finished 13-21. A year later, they won the first of four championships. They assembled the right pieces. They had the right leadership. They connected, and, when they found themselves in situations similar to Saturday's, they refused to fold.

With more experience, the post-Whalen edition of the Lynx could emerge as a contender, too.

But the focus of the evening was the No. 13 jersey now hanging in the rafters at the Target Center.

"Thanks for a great ride," Whalen said. "It was a lot of fun. I always tried to represent on the court as much as I could and do my best." 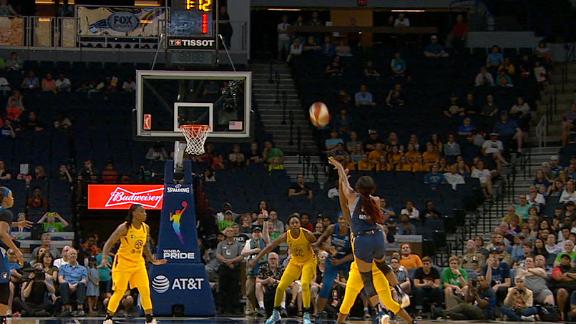