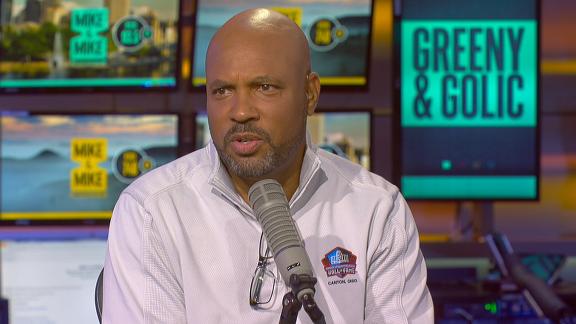 The NFL's removal this week of the doctor who oversaw the league's now-discredited concussion policies comes as another top NFL health adviser is under scrutiny for allegations he tried to influence a major government study on football and brain disease.

The University of Washington has formed a special committee to investigate Dr. Richard Ellenbogen, co-chairman of the NFL's Head, Neck and Spine Committee and chairman of UW's Department of Neurological Surgery, a university spokeswoman told Outside the Lines.

A May congressional report identified Ellenbogen as one of the NFL's "primary advocates" in an unsuccessful campaign to strip a $16 million grant from a Boston University researcher who has criticized the league. The NFL tried to redirect the money to league-affiliated doctors, including Ellenbogen, according to the report.

Ellenbogen and Dr. Elliot Pellman, the league's longtime, controversial medical adviser, were among at least six top NFL health officials who pressured the National Institutes of Health, the report said. On Wednesday, NFL commissioner Roger Goodell told the league's team owners that he will replace Pellman with a new full-time chief medical officer.

The University of Washington investigation of Ellenbogen was launched at the request of Dr. Paul Ramsey, the dean of the school of medicine, spokeswoman Tina Mankowski told Outside the Lines. Ellenbogen will have the opportunity to participate, she wrote in an email.

"We are currently reviewing the allegations that were made in the congressional report concerning Dr. Ellenbogen and his role as an unpaid member of the NFL's Head, Neck and Spine Committee," Mankowski wrote.

Ellenbogen did not respond to requests for comment. He previously denied being part of any effort by the NFL to influence the seven-year study, which aims to find methods for detecting -- in living patients -- chronic traumatic encephalopathy, or CTE, a brain disease that has been found in dozens of deceased NFL players.

Asked if Ellenbogen still has the support of the NFL commissioner, Brian McCarthy, a league spokesman, wrote in an email to Outside the Lines: "Dr. Ellenbogen has our full support, and no changes are being considered for the leadership of the Head, Neck and Spine Committee. A man of esteemed merit, Dr. Ellenbogen has selflessly dedicated his life to science and service. He is a physician on the frontlines of this issue, every day working to advance the understanding, prevention and treatment of head injuries."

McCarthy said the NFL is aware of the UW inquiry but has no comment because it is ongoing.

UW declined to provide further details about its investigation, which was first reported by USA Today. Researchers familiar with similar academic inquiries told Outside the Lines the university likely has a range of options if it's determined that Ellenbogen acted inappropriately, from a written reprimand to asking Ellenbogen to withdraw from the NFL committee.

Tom Murray, president emeritus at the Hastings Center, a non-profit bioethics research institution, criticized Ellenbogen for attempting to influence the NIH in his role as an NFL adviser.

"This is a very big deal, very significant, something [Dr. Ellenbogen] should not have done," said Murray, who specializes in the ethics of sports-related research.

Murray, who has worked with the NIH as an applicant and a reviewer, said it was unclear to him whether Ellenbogen's actions violated university regulations. "But within the scientific community, is his reputation going to suffer? Very likely," Murray said.

Details of the NFL's attempt to influence the NIH -- first reported by Outside the Lines in December -- have stunned many scientists. Emails revealed by VICE Sports this month showed that in 2012 Ellenbogen hoped to provoke the firing of a top NIH official. The official had rebuffed Ellenbogen's request to include more NFL doctors at an NIH-led workshop on CTE, the emails showed.

One prominent researcher told Outside the Lines that he now fears the NFL -- one of the largest funders of brain research in the United States -- is willing to use its money and influence to attack anyone who opposes the league.

"I can't imagine writing an email to a colleague trying to get another person in government fired; it's more or less unreal," said the researcher, who requested anonymity because of concerns about possible backlash from the NFL. "Is this the University of Washington's position -- that it's OK to do that, using the school's email, acting on [the NFL's] behalf?

"Everybody is talking about this. It's one of the most amazing things I've ever seen in my career."

A NIH official familiar with the situation, who spoke on the condition of anonymity because of the sensitivity of the matter, called Ellenbogen's behavior "several standard deviations from the norm."

Some NIH scientists remain livid about what they perceive as the NFL's attempts to meddle in the agency's scientific-review process, which is widely regarded as sacrosanct, and wonder whether the relationship is beyond repair, two sources told Outside the Lines.

After backing out of a commitment to fully fund the CTE study, the NFL announced that it intended to use the money for other NIH research. In 2012, the NFL gave an "unrestricted" $30 million gift to the NIH for brain research.

The NIH has scheduled a workshop for mid-October to focus on the impact of concussions on youth. League-affiliated researchers are expected to participate, according to an NIH spokesperson.

Asked about the prospect of a future study using the NFL's money, the NIH official who requested anonymity said: "We would have to think through whether or not the specifics of the agreement are acceptable, and, certainly in consideration of that, everybody will be mindful of what has come before."

The stakes for the University of Washington in the controversy are high. One of the leading research institutions in the country, UW received $434 million in research funding from the NIH in 2015, according to university figures, and has received $4.36 billion over the past decade.

Ellenbogen has received $109,867 from the NIH for a neuroscience training program over the past two years, according to an NIH database. Since he became co-chairman of the Head, Neck and Spine Committee, the NFL and affiliated entities have handed out at least $6.5 million for projects connected to Ellenbogen and UW. The projects include $2.5 million for a new concussion clinic anchored at UW and $2.4 million from Seattle Seahawks owner Paul Allen for a two-year traumatic brain injury study.

Ellenbogen has said repeatedly that he serves the NFL as an unpaid volunteer. The league told congressional investigators that Head, Neck and Spine Committee members are reimbursed for expenses and also receive Super Bowl tickets.

The stakes also are high for the NFL. The league and its corporate partners have committed more than $100 million for scores of research studies over the past four years, Outside the Lines reported in February, giving the league enormous influence over a public health issue that directly affects its bottom line.

After Pellman's Mild Traumatic Brain Injury committee was disbanded amid a torrent of public criticism in 2010, the NFL brought in respected specialists like Ellenbogen, University of North Carolina concussion researcher Kevin Guskiewicz and University of California San Francisco neurosurgeon Mitch Berger to lead its health and safety program. Berger said at the time that he and his colleagues were starting "essentially from zero."

But Pellman, despite a reduced role, remained heavily involved and ultimately served as a liaison between the league and the NIH. In an email that surfaced in the report by Democrats on the House Energy and Commerce Committee, Pellman wrote, "There are many of us who have significant concerns re BU and their ability to be unbiased and collaborative. ... I'm hoping that you could communicate our concerns and slow down the process until we all have a chance to speak to figure this out."

The congressional report described two separate phone calls in which Ellenbogen tried to sway NIH leadership to change the decision. Ellenbogen's actions, the report said, raised "significant questions about [his] own bias." The congressional report stated: "Dr. Ellenbogen is a primary example of the conflicts of interest between his role as a researcher and his role as an NFL adviser."

Last week, in response to the UW inquiry and at the request of the NFL, Dr. Robert Cantu, a Boston University Neurosurgeon who serves as a senior adviser to the league's Head, Neck and Spine committee, sent a letter to the dean at UW defending Ellenbogen's integrity, USA Today reported. Cantu is on both sides of the issue, because he's also listed as a researcher on the BU project that was at the heart of the NIH debate.

The VICE story, published last month, revealed how, in 2012, Ellenbogen became incensed after Dr. Walter Koroshetz, then deputy director of the National Institute for Neurological Disorders and Stroke, refused his attempts to include two other NFL-connected doctors -- in addition to one who had been invited -- in a workshop set up by the NIH.

In a lengthy email, Ellenbogen wrote Koroshetz: "Politics has gotten in the way of the science."

He then wrote two other members of the Head, Neck and Spine Committee: "Walter needs to be fired."

Rather than being fired, Koroshetz -- a former Harvard neurology professor regarded as one of the most respected and beloved administrators in the NIH -- was promoted to director of the institute. In that role, he rejected the NFL's efforts to have the BU award rescinded.

"He's become even more beloved since he stood up to the NFL," said one researcher who deals frequently with the NIH. "He became a kind of mythical figure thanks to that." 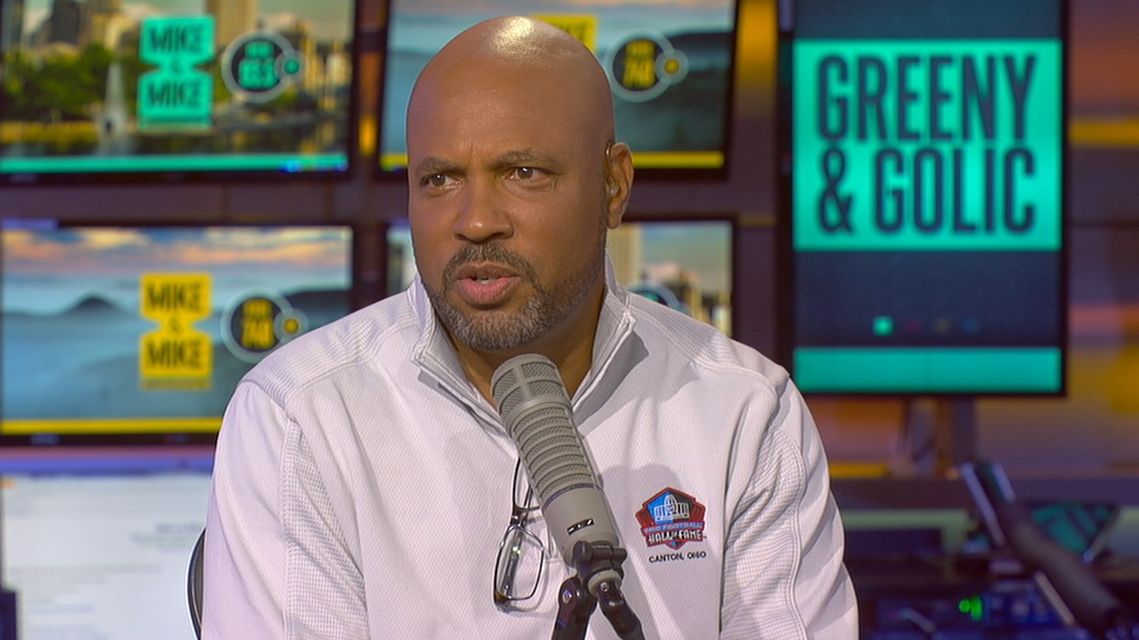