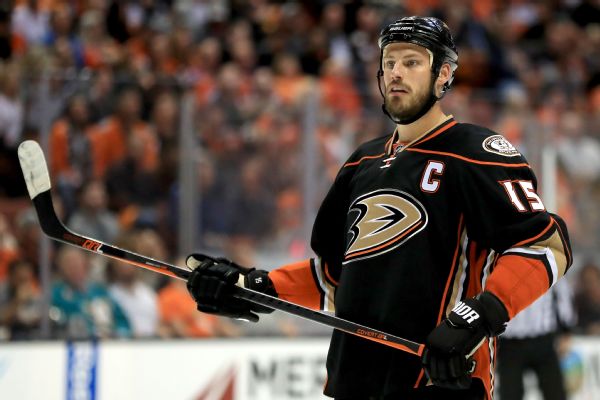 Anaheim Ducks captain Ryan Getzlaf has been fined $10,000 for making an "inappropriate remark" during Game 4 of the Western Conference finals.

The NHL announced the fine Saturday, shortly before Game 5 against the Nashville Predators.

The league said in a statement that Getzlaf violated its policy that "prohibits inappropriate and offensive remarks, and the use of obscene, profane or abusive language or gestures."

Getzlaf was captured by television cameras appearing to shout the remark in frustration with an official after returning to Anaheim's bench during overtime.

"Getzlaf's comment in Thursday's game, particularly as directed to another individual on the ice, was inappropriately demeaning and disrespectful, and crossed the line into behavior that we deem unacceptable," NHL executive vice president of hockey operations Colin Campbell said in a statement. "The type of language chosen and utilized in this instance will not be tolerated in the National Hockey League."

Getzlaf avoided a suspension, but his fine is the maximum allowable under the league's collective bargaining agreement with the National Hockey League Players' Association. The veteran center is the Ducks' leading scorer with 18 points in 15 playoff games.

Getzlaf will publicly address the fine after Game 5, according to the Ducks.