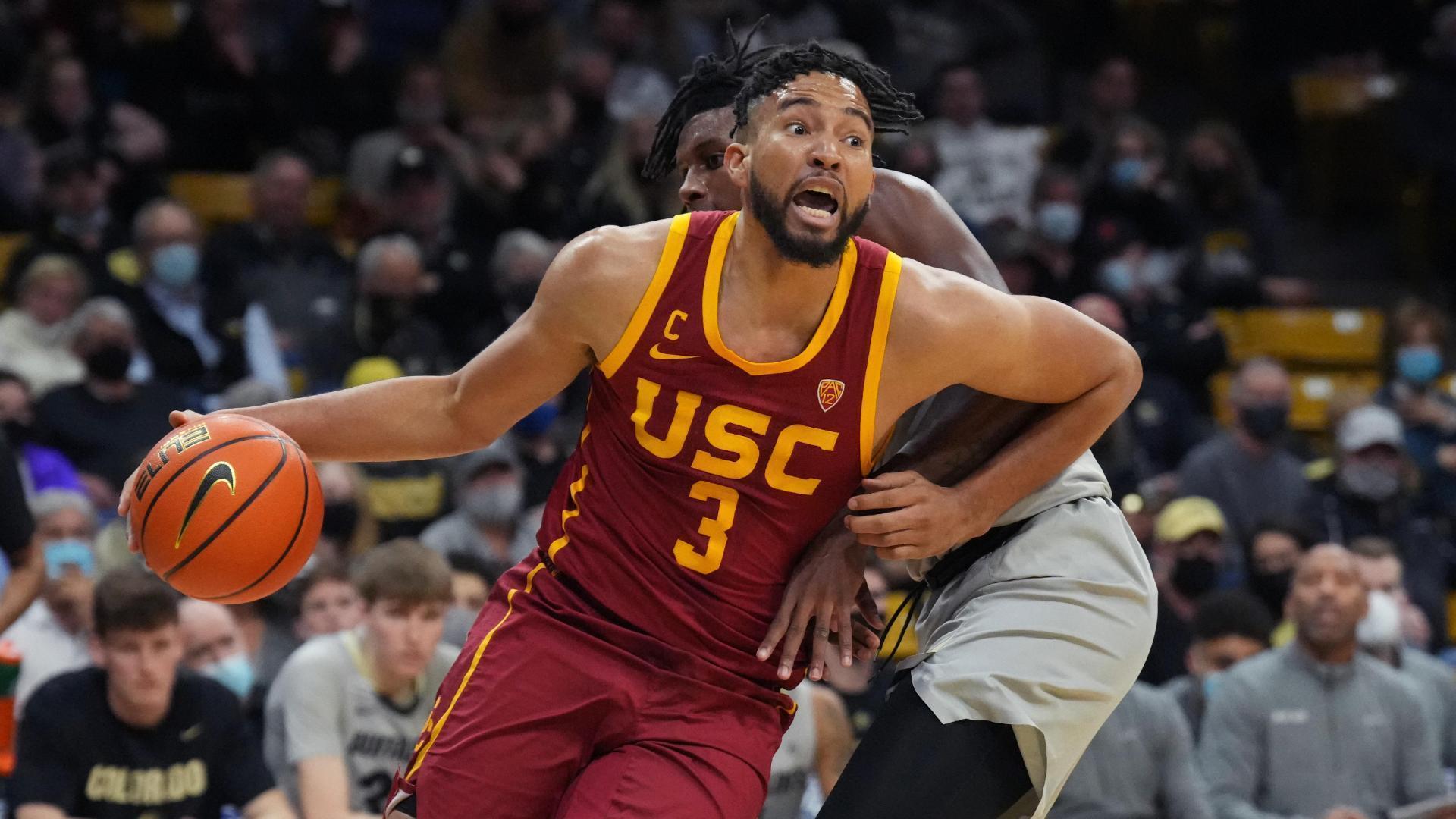 BOULDER, Colo. -- - When Chevez Goodwin transferred to Southern California, he quickly learned about the rivalry with, and losing streak to, Colorado.

"I knew for a fact coming into this year, I was like, I'll be going to Boulder, personally, and I'm going to break that streak right here, right now," Goodwin said.


After a rough first half, Goodwin carried the 16th-ranked Trojans to their first win over the Buffaloes since 2018.

Goodwin scored all 14 of his points in the second half and grabbed 18 rebounds, Max Agbonkpolo added 11 points and hit 3 of 4 free throws in the final 15 seconds, and USC ended three years of frustration against Colorado with a 61-58 victory on Thursday night.

Goodwin's inside play was the difference.

"He was 0 for 6 with two turnovers in the first half and didn't play very well," USC coach Andy Enfield said of Goodwin. "So he made his mind up in the second half to come out with the energy and he was terrific, get 18 rebounds, seven offensive, and just dominate the paint."

Jabari Walker scored 13 points for Colorado, but he had the ball stripped away by Drew Peterson with 7 seconds left and the Buffaloes trailing by three. Evan Battey scored 10 points on 3-of-10 shooting and Tristan da Silva also scored 10 in Colorado's second loss in eight games.

"I thought our offense had made more strides than that, but we were playing a good USC defensive team tonight," Buffaloes coach Tad Boyle said. "We played really impatiently. You turn the ball over there 16 times and you don't get a shot there at the end when you need to get a good shot. That's on the coach, so I'll take the blame for that."


"You don't like to lose too many in your league. Three out of four (losses) would have been hard for us," Enfield said. "But this was a big win."

The Buffaloes were without senior guard and key defender Elijah Parquet (foot), who had started every game since December 2019. Sophomore Nique Clifford replaced him as Boyle adjusted his starting lineup for the first time this season.

Clifford had an emphatic dunk midway through the second half and his 3-pointer with 8:16 left put Colorado ahead 47-43.

Colorado was dominated inside most of the night, struggling to finish at the rim and getting outrebounded 47-32. Walker missed a layup with 41 seconds left that would have put the Buffaloes ahead.

Neither team led by more than seven points as the Trojans shot just 37% from the field. Colorado made 31% of its shots.

Enfield was booed lustily as he was introduced in what has become an increasingly tense rivalry. It dates to 2018, when Boyle said after beating Arizona that he "absolutely" took extra satisfaction in beating a school that was involved in an FBI corruption probe.

A week later, Enfield, whose school was also a subject of the probe, took a timeout with 21 seconds left up 12 against the Buffaloes. Boyle said he would never forget what Enfield did. Neither have Colorado fans, who gave some of their largest cheers when Enfield picked up a technical foul early in the second half.

Colorado had since dominated the series, including a victory in last year's Pac-12 Tournament semifinals.


"Take care of the ball, guard, same things that have been shooting us in the foot all season we have not fixed," Battey said. "I, we, have not fixed it and we're going to try. Coach is doing all he can."

USC: The Trojans made the key plays down the stretch a week after frustrating losses to Stanford and Oregon. USC had lost two of three after an 13-0 start.

Colorado: The Buffaloes' flickering NCAA Tournament hopes took another hit as they fell to 0-4 against ranked teams.

Colorado: Home vs. No. 9 UCLA on Saturday night.