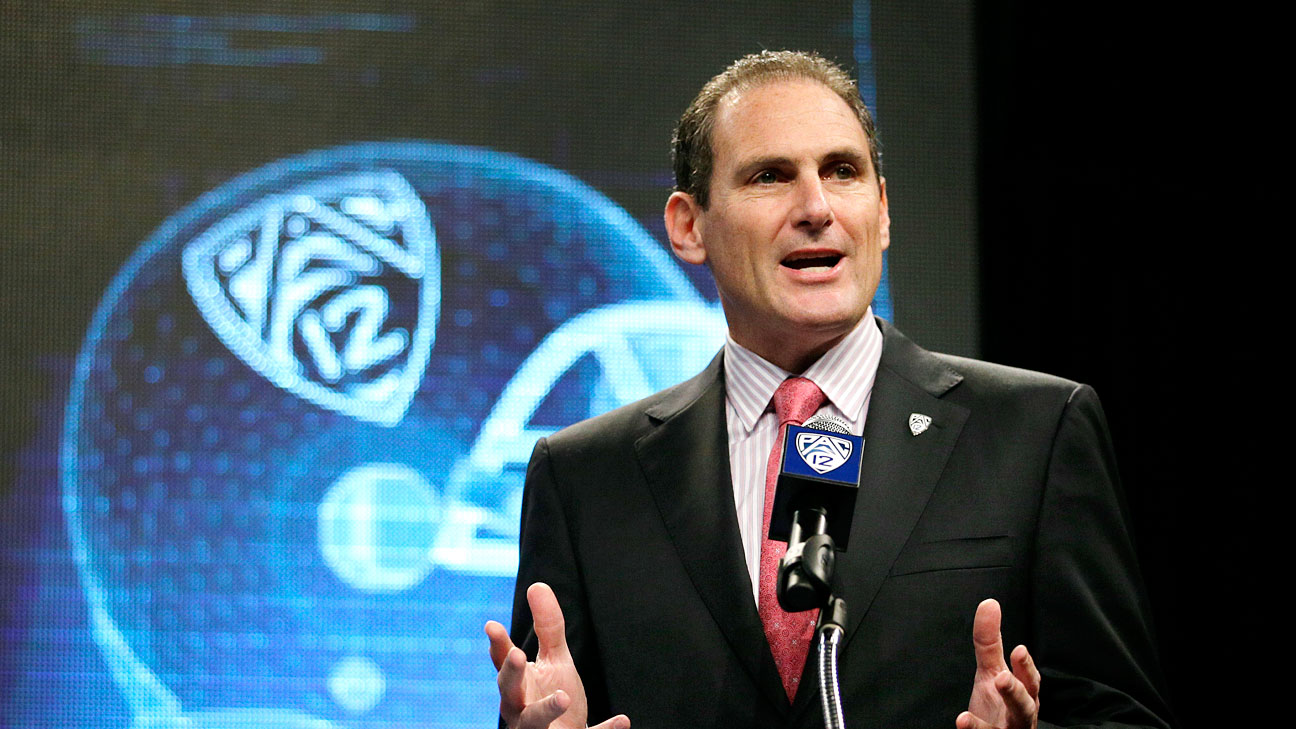 BOULDER, Colo. -- Pac-12 commissioner Larry Scott said Friday night that the league doesn't publicly share official opinions on decisions that referees make during games and that comments he made about a controversial play in last week's Washington State-USC game were misinterpreted.

The Associated Press reported Saturday that Scott said the league reviewed a head-to-head hit between USC linebacker Porter Gustin and Washington State quarterback Gardner Minshew and determined there was no targeting penalty on the play. Scott's reported comments drew criticism this week because Gustin appeared to lead with the crown of his helmet and strike Minshew's helmet. The referees at the game did not call a penalty.

The Pac-12 reviews every play in league games as they happen in real time at the stadium and at its command center in San Francisco, Scott said Friday night. He said he was asked Saturday why Gustin's hit wasn't reviewed. Scott said he was trying to explain that every play is reviewed in real time even if the action on the field isn't stopped so referees calling that game can take another look. He said he had checked with Pac-12 officials to make sure that process was completed correctly, and it was.

Scott said the league holds a meeting each Monday to take a close look at all controversial plays from the previous weekend of games. He said there is no official discussion about referee decisions until that meeting. He said on-field officials are graded for those calls, but the league has a policy not to share its opinion on whether they were correct or incorrect.