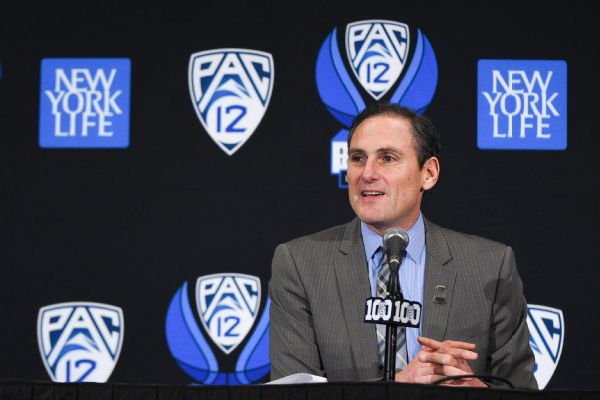 "Anyone that watched USC compete at the end of our season and at our [Pac-12] tournament would have no doubt they belong in the NCAA tournament," Scott said. "Anyone that watched our tournament would have seen that they dominated in their semifinal game and they were beating Arizona at halftime of the championship. I don't see how anyone can look at that team as strong as they are in all aspects of the game and come to the conclusion they are not a tournament team. Moreover, they're a team that would be dangerous in the tournament."

The Trojans' RPI of 34 makes them the highest-ranked team from a major conference to ever not receive an at-large bid to the 68-team field.

"I understand the complexities and the challenges the committee has and respect following their criteria," Scott said. "But I can only be left with the conclusion that some of the criteria should be re-evaluated if a team that was No. 2 in our conference, playing as well as they've played, looking as good as they looked [was omitted]."

After finishing second in the Pac-12 with a 12-6 record and advancing to Saturday's championship game against Arizona, USC coach Andy Enfield was operating under the assumption that his team's inclusion in the tournament was a forgone conclusion. So when USC wasn't listed as the at-large bids were unveiled in alphabetical order during Sunday's selection show, he was shocked.

"If all that matters is the quality of your best win or two on your schedule, then we should set the field in December after the out-of-conference was complete," Enfield said. "It basically discredited our entire league schedule and no matter what we or some of the other teams did during the Pac-12 or the conference tournament did not, obviously, matter."

The problem with USC's résumé was its lack of quality wins. Despite finishing second in the conference, the Trojans were 0-5 against the three Pac-12 teams -- Arizona, Arizona State and UCLA -- that will participate in the tournament.

Scott said he was in communication with USC, which was looking for answers, on Sunday and could only point to the explanation from selection committee chair Bruce Rasmussen.

"Southern Cal had a nice year. When you look at their résumé, they only had two wins against teams in the tournament field," Rasmussen said. "One was New Mexico State, which was 48th overall on the seed list, and the other was [No. 15 seed] Cal State Fullerton."

Rasmussen said there was intense discussion about USC, but the committee factored in how teams did against tournament-caliber opponents -- which didn't bode well for the Trojans.

"They also had eight opportunities against tournament teams, with three of those at home, and those are the only two wins that they had," Rasmussen explained.

Scott said he has no reason to believe USC's association with the ongoing FBI investigation into corruption in college basketball played a role in the selection process.

Instead, USC is a top seed in the National Invitation Tournament, which begins Tuesday. The Trojans will host UNC Asheville at 11 p.m. ET on ESPN2.

Enfield told reporters Monday that the decision to accept an invitation to the consolation tournament was made by the USC administration and allowed for the possibility that some of the team's top players -- specifically potential NBA draft pick Chimezie Metu-- could elect not to play.
Report a correction or typo
Related topics:
sportsespnsnubsncaa tournamentlarry scottcommissionerandy enfieldmens college basketballusc trojanspac 12
Copyright © 2021 ESPN Internet Ventures. All rights reserved.
More Videos
From CNN Newsource affiliates
TOP STORIES