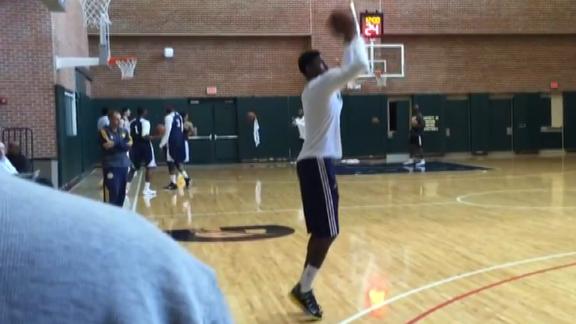 The video, credited to Vigilant Sports, shows George shooting 3-pointers and midrange jumpers in a gym after practice.

George, who was injured during a televised Team USA intrasquad scrimmage on Aug. 1, said recently that he plans to play at some point during this NBA season.

He was cleared to put weight on the leg and engage in upper-body work in late September.

A two-time All-Star, George has missed no fewer than three games in any season since the start of 2011-12. He averaged 21.7 points, 6.8 rebounds, 3.5 assists and 1.9 steals last year, the second straight season in which the Pacers fell in the Eastern Conference finals.