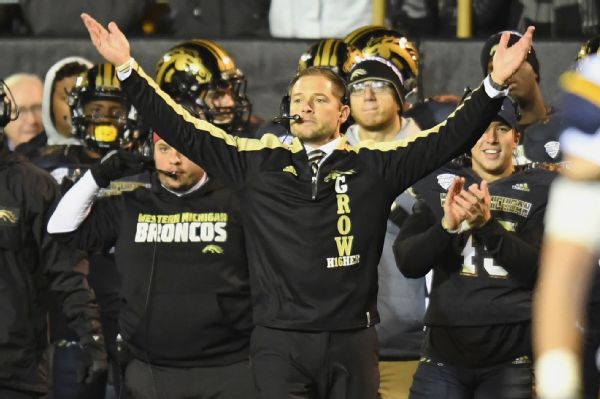 DETROIT -- Western Michigan coach P.J. Fleckhas no plans to watch as the rest of college football's final weekend before bowl season plays out during the next two days. In his mind, he already knows where his team is headed.

"It's a historic day in Western Michigan history, and we deserve to be in the gosh darn Cotton Bowl, period," Fleck said Friday night. "Write it down."

The 17th-ranked Broncos beat Ohio 29-23 at Ford Field to wrap up the program's first conference championship since 1988 with an unblemished 13-0 record (8-0 in Mid-American Conference).

Western Michigan is in position to fill the Group of 5's one designated spot in a New Year's Six bowl at the Goodyear Cotton Bowl Classic. However, Navy is ranked only two spots behind and could potentially leapfrog Western Michigan by beating Temple in the American Athletic Conference title game on Saturday afternoon.

Asked Friday night whether he would be keeping tabs on the Midshipmen this weekend, Fleck emphatically made his team's case for securing a spot in Dallas.

Western Michigan quarterback Zach Terrell said that no matter where the team lands in bowl season, it won't take away from the Broncos' accomplishments during his senior season.

"Honestly, we've done all we can do," Terrell said. "Whether or not we're in the Cotton Bowl, we can't control that. All we control is winning the games on our schedule, and we've done that."

Fleck said the Broncos' undefeated record should be irrefutable proof that they are the best choice to represent the nation's five smaller conferences. He said his staff will spend the weekend recruiting, and he plans on doing it in a wardrobe with a very specific theme. 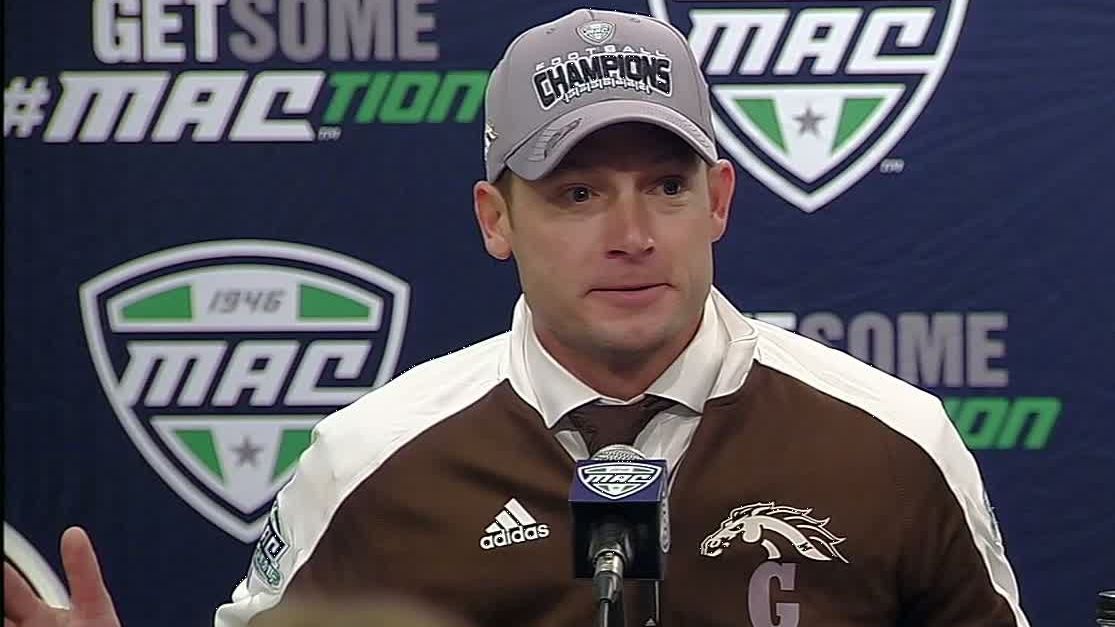