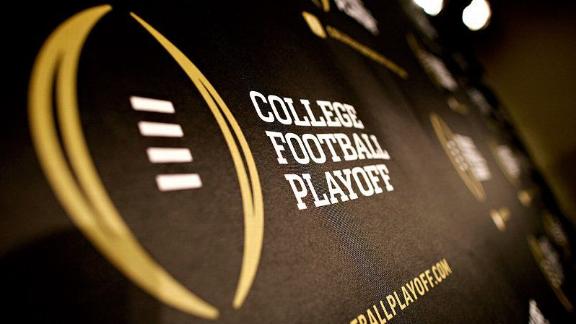 DALLAS -- Commissioners at the College Football Playoff meetings have discussed going through mock exercises this week based on a template for the selection process and how the participants would be assigned to each game.

More details on how the committee will choose the four participants for the first College Football Playoff could be finalized and announced as early as Wednesday.

Not only must the selection committee establish a process to choose the top four teams, but it must also decide where (for example, this coming season, New Orleans or Los Angeles) each team should play.

The committee also will use its rankings to determine which teams should be placed in top-tier bowl spots not contracted by particular conferences.

According to the College Football Playoff, the committee will assign teams to nonplayoff bowls in a way that creates the most compelling matchups possible while also considering factors such as geographic proximity and avoiding rematches of regular-season and recent bowl games.

Some commissioners, as well as some bowl executives, are interested in hearing more about how and why their teams would be placed in certain bowl locations.

Other items that could be finalized include when committee members will recuse themselves from team-specific discussions and when to begin and how often to release and publicly discuss the selection committee's rankings.