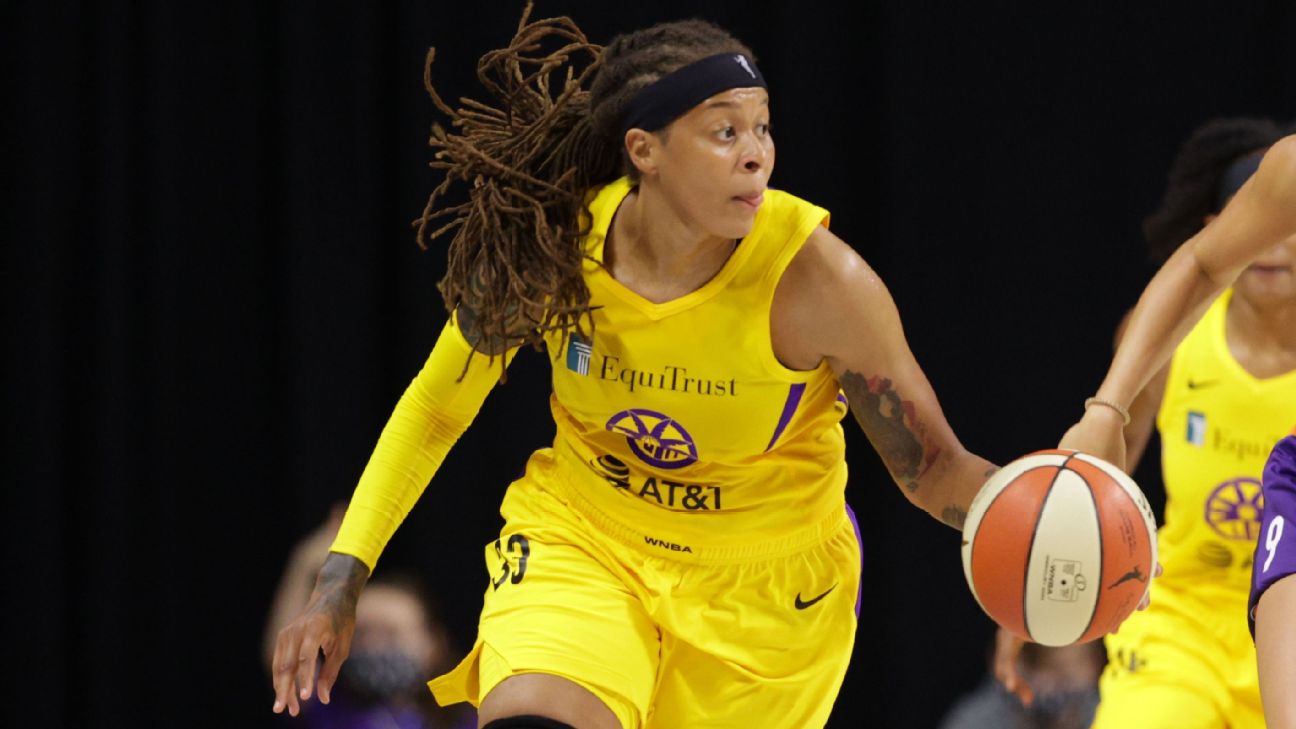 As she was preparing to start her 16th season in the WNBA, Los Angeles Sparks star Seimone Augustus -- who announced her retirement last week and accepted a coaching position with the team -- didn't feel right.

During a rigorous preseason workout session, her trainer asked her to do 48 sprints. She barely finished them. That's when she knew it was time to reconsider her future in the league.


"My ego got me through the 48 sprints, but then when I got to my car, I couldn't even crank my car because I was just exhausted," she said. "I was just so tired. My spirit was like, 'What are you doing?' I constantly had that doubt from that day until the day I decided [to retire].

"My body was saying it couldn't go anymore."

As she thought about ending her storied playing career, Augustus said she called her mother and father, who reminded her, "You've done everything."

Few accolades have eluded Augustus. She was an eight-time All-Star who won four WNBA titles with the Minnesota Lynx. She also won three Olympic gold medals and was a two-time recipient of the Wooden Award as a star at LSU, in 2005 and 2006.


Augustus also said the past year has been difficult for her and the rest of her peers in the WNBA, which has played a key role in the movement for social justice. Life inside the league's "wubble" during the pandemic also was a challenge, she said.

"That really does take a mental and physical toll," Augustus said. "I felt like I had got the wubble out of my system, but it might have still had some residue for this particular season."

Augustus said she hopes to encourage and push players in her new role. She said she is focused on coaching right now but also would consider contributing if the WNBA decides to expand to New Orleans, near her hometown of Baton Rouge, Louisiana.