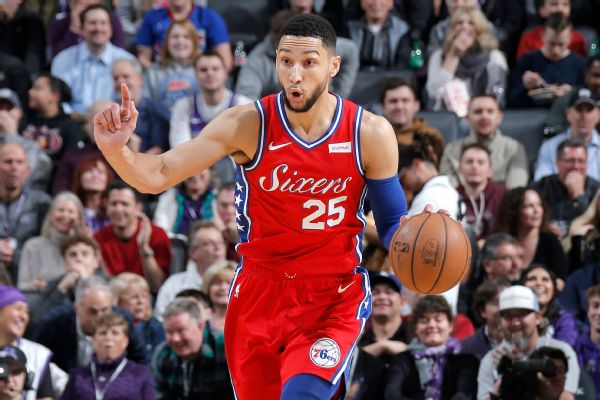 Philadelphia 76ers general manager Elton Brand would love to see point guard Ben Simmons reach his full potential and learn at the feet of Hall of Famers, but he's not going to let Magic Johnson do the teaching.

Speaking on 97.5 The Fanatic in Philadelphia on Monday, Brand said the Sixers have not granted permission for Simmons to work out with theLos Angeles Lakers' president.

"[Lakers general manager] Rob Pelinka called me and said, 'Hey, we're hearing Ben wants to talk to Hall of Famers, championship-level players, and Magic is on the list. We need authorization for him to meet up.' And I said 'No.' This is over a month ago, so I said no," Brand explained.

Philadelphia's first-year GM was responding to a comment Johnson himself made Sunday.

"[Simmons] reached out to me, not to me directly, to the Lakers to find out if we can get together this summer," said Johnson, who was an oversized point guard like Simmons is. "I said, 'Hey, you got to clear it with the league,' and if everybody -- the Sixers sign off, we sign off, the league sign off -- fine, I will do that. But if everybody doesn't sign off, then we can't get together."

After Sunday's win over the Lakers, Simmons said he isn't focused on speaking to Johnson "right now," but he touched on why that conversation could be beneficial.

"He's been in multiple situations where he's had to play the 5, and he won a championship that way, and just a Hall of Famer, one of those guys who is in the position I'm in ... I think he can help," Simmons said.

Brand seems to be of the mind that things have been made clear to Johnson, whose brief tenure in the Lakers' front office has been marked by accusations of tampering.

In 2017, the NBA fined the Lakers $500,000 for violating the NBA's anti-tampering rule, as Pelinka was found to have had contact with Paul George's agent after the team had already been warned.

The Lakers were again fined in 2018, this time for $50,000, over comments Johnson made about Milwaukee Bucks star Giannis Antetokounmpo.

More recently, the Lakers actively attempted to trade for New Orleans Pelicans star Anthony Davis, who is represented by Rich Paul of Klutch Sports -- the same agency that represents Los Angeles' LeBron James. Paul and James have been friends since childhood, which led some to wonder if Paul was attempting to align two of his star clients together in L.A. Paul also represents Simmons. 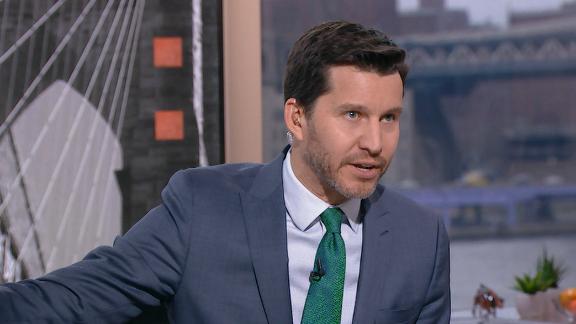