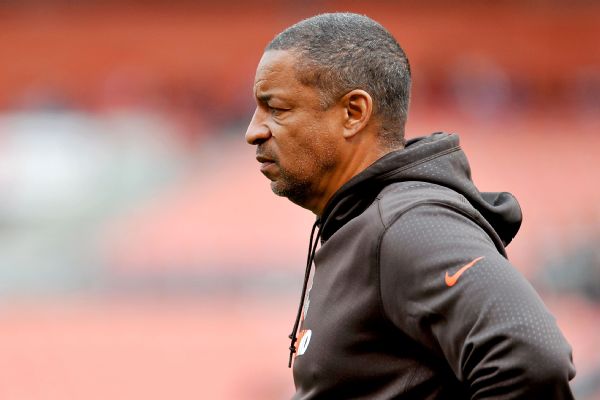 The Browns have discussed replacing Horton and have contacted Gregg WIlliams of the Los Angeles Rams as a possible replacement, a league source confirmed.

The Sporting News first reported the possible moves and also reported the Browns had tried to contact Wade Phillips of the Denver Broncos.

Horton left the Tennessee Titans to join the Browns when Hue Jackson was hired as head coach.

In the middle of the season when the Browns were winless, Jackson refused to talk about his coaches' job security, saying they were safe. When the season ended, his words changed.

"I am going to take a look at it all," he said the day after the season ended. "Our staff worked extremely hard this year, but I think as being one of the leaders, we have to go back and look at it all and see how we can get better. That is truly our charge -- how can we get this organization better in all areas as we move forward?"

Horton's defense had a number of inexperienced players, especially in the secondary, where several players tried to man the safety spot after the team let Tashaun Gipson go as a free agent and released Donte Whitner.

The team lacked depth at outside linebacker and had little impact on the defensive front.