Sparks, Lynx meet one final time with history on the line 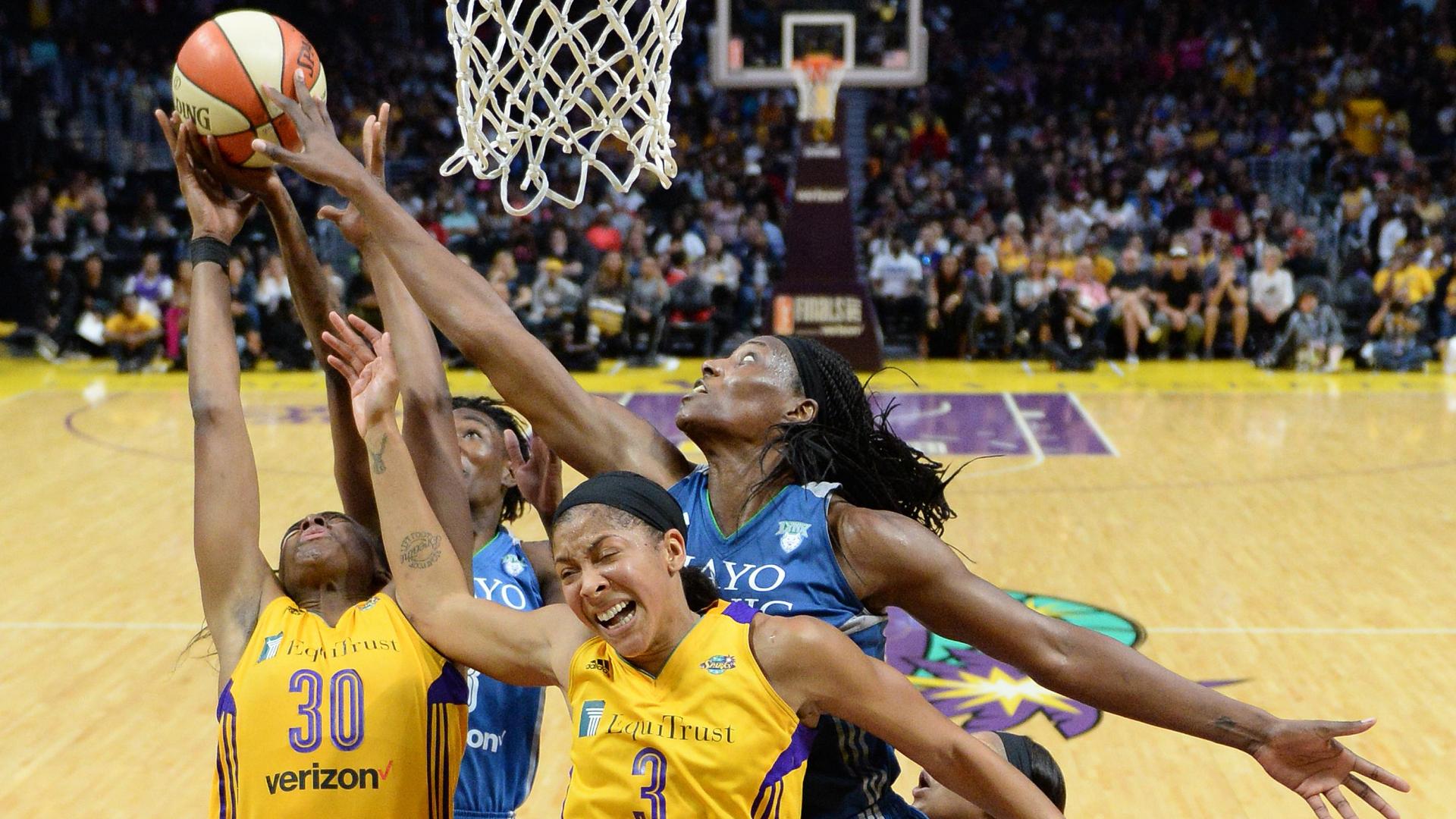 MINNEAPOLIS -- So here we are back in Williams Arena, known as "The Barn," on the University of Minnesota's campus. It opened in 1928 and cost $650,000 to build, and one of the banners hanging here commemorates Lynx guard Lindsay Whalen in her Golden Gophers days.

Thirteen years ago, Whalen won the last college game she played here, in the second round of the NCAA tournament, in what was Minnesota's lone Final Four season. Now she will play the final game of the 2017 WNBA season here as the Lynx face the Sparks in a winner-take-all Game 5 on Wednesday (ESPN, 8 p.m. ET).

"You try to stay in the moment," Whalen said. "But the fact that it's here, I think our fans are really excited."

The Lynx faithful will pack this place, which has hosted all of Minnesota's playoff games this season as Target Center is being renovated. The Lynx played their regular-season home games at Xcel Energy Center in St. Paul, but the NHL's Wild are back there now.

So Williams was the alternative, and somehow it seems fitting that such a historic building would be the site of a historic game. Wednesday's winner joins the Houston Comets as four-time WNBA champions. The franchise shut down after the 2008 season, but the Comets winning the first four WNBA titles from 1997 to 2000 has been a benchmark ever since.

"It's going to come down to energy and efficiency," said Lynx forward Rebekkah Brunson, who has won four WNBA titles (2004 with Sacramento, and 2011, '13 and '15 with Minnesota) and played in three previous Game 5s. "You can look at our past games and see that whoever has been the aggressor has been the one who ends up winning the game. But Game 5s are intense. It's exhausting, but you have to keep pushing through."

It's a prolonged battle that the Sparks and Lynx have been engaged in the last two years. Going back to the start of last year's WNBA Finals, the teams have met 12 times, and each have scored 908 points, with the Sparks winning seven of those games and the Lynx five.

The Sparks had a chance Sunday to close out the series and claim the title on their home court at Staples Center, but they fell short 80-69. That loss, and having to travel back to Minnesota again, might seem emotionally difficult to overcome -- except the Sparks did it last year. They won Game 5 at Target Center 77-76 on Nneka Ogwumike's shot with 3.1 seconds left.

Now they'll try to do it again.

"After Sunday evening, we were pretty much OK," Ogwumike said of dealing with the disappointment and looking ahead. "You have to turn around and regroup. We hopped on a flight, had some meetings, watched some video."

They didn't need to see the film to know that rebounding was the biggest thing that went wrong Sunday. The Sparks lost the board battle 48-28, their biggest rebounding deficit of the season. The 21 second-chance points they gave up also was the most of the season, with the 16 offensive rebounds they surrendered tied for the most.

How did that happen?

"That's one of their biggest strengths," Sparks coach Brian Agler said of the Lynx's rebounding. "I think, too, we didn't do a great job of blocking out. And they were really persistent and energized to do that. And they had some long rebounds that they tracked down, and we didn't. It was a combination of all those things."

Obviously, that's just one factor, but it's potentially a big one. Brunson is the usually the primary defender on the Sparks' Candace Parker. When Brunson is also able to be an offensive threat along with her stellar defense, it makes things harder for the Sparks.

"We've got to stay in front of her, we can't lose sight of her, and we can't help away from her in some spots," Agler said. "And try to keep her off the glass."

That said, the Sparks also have to try to slow down Fowles, who was the regular-season MVP and has been the most consistent threat for the Lynx the entire year. So far in the WNBA Finals, Fowles is averaging 18.0 points and 13.7 rebounds while shooting 61.5 percent (32 of 52).

Then there is Lynx forward Maya Moore, who is shooting 58.1 percent from the field (25 of 43) and had her best individual scoring performance (27 points) in Game 1 here in Minneapolis. For the Finals, Moore is averaging 17.7 points.

Last season, Moore's turnaround jump shot with 15.4 seconds left in Game 5 might have been the championship winner -- except then Ogwumike made her closing shot.

Earlier in that fourth quarter, Ogwumike's basket with 1:12 left -- which had put the Sparks up by two -- came after the shot clock. But the officials didn't call that violation, or review it immediately, which they could have done. The WNBA later acknowledged the mistake.

Moore won two NCAA titles at UConn and has three championships with Minnesota. The title that got away in 2016 still bugs her.

The first quarter has consistently been important in these teams' series the last two seasons. In 15 games, only once has the score been tied after one quarter (Aug. 11 this year, and the Sparks won by six). In the other 14, the winner of the opening period has won 13 times.

The exception was Game 5 last year, when the Lynx led by one after the first quarter, but the Sparks won by one.

"It's so important to come out strong, because that gives you the best chance," Moore said. "When you take your foot off the gas or your eye off the ball, that's when history changes. And you don't get the moment you were preparing for."

Both teams have been prepping hard for this, though, and anyone who has watched would say they both deserve to win. The Lynx will have the crowd for Game 5 -- the Barn amplifies noise exceptionally well -- but they had that last year, too, and the Sparks still won.

Los Angeles has a bit more youth, as the average age of its starting five is 28.4, compared to 32.4 for Minnesota. But on Sunday, the Lynx seemed more energetic.

In a series where so little separates two great teams, it might be a deflected pass here or a box out there that turns the tide in one team's favor.

"There is a sense of urgency, a leave-it-all-out-there feeling," Minnesota coach Cheryl Reeve said. "Every little thing matters." 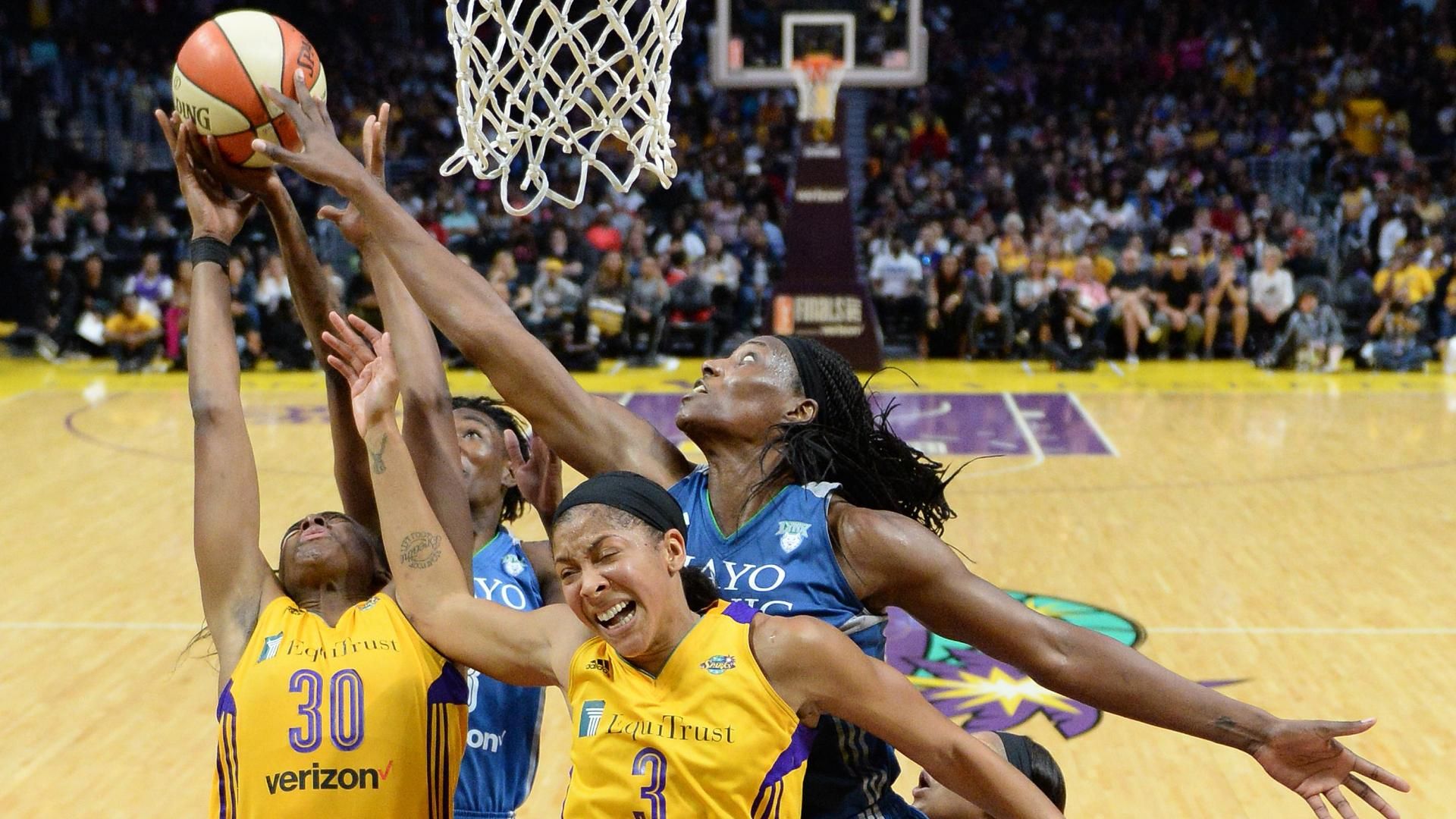