Stanford returns from COVID break to beat No. 5 USC 75-69 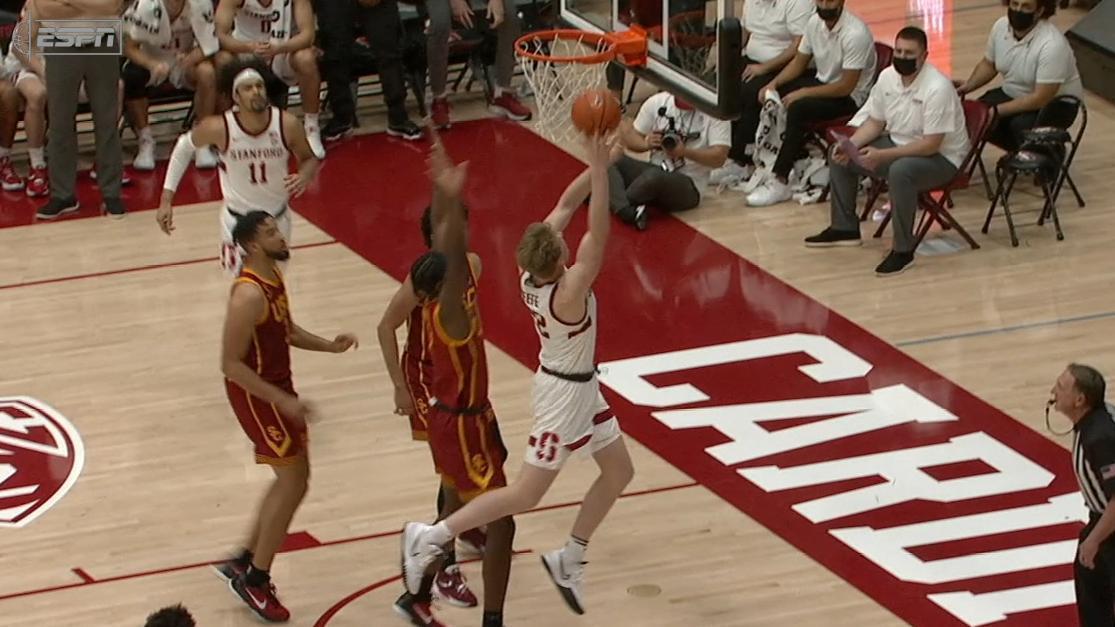 
"This is the best win since I've been here. Easily," Jones said. "I'll tell you what, we're not finished. We still know that there's top 10 teams in this conference that we want to go at. So we're definitely not done."

The Trojans (13-1, 3-1) were looking to tie the 2016-17 team for the school's best start in more than 50 years but came up short at the end against Stanford. The loss coupled with No. 1 Baylor's defeat means there are no unbeaten teams left in the country.

"We just didn't defend at a high enough level, and offensively we couldn't make open shots," USC coach Andy Enfield said. "We had plenty of good looks. ... Our offense didn't give our defense much margin for error. We weren't good on either side of the ball, as we have been for most of the season."

Noah Taitz hit back-to-back 3-pointers midway through the second half to give Stanford a 50-49 lead. The game remained tight from there until Stanford started to open it up late.

"Our number one key to the game plan was just to be the toughest team out there," Jones said. "We knew it was going to be a battle boxing out all those big guys. We just kept battling and we knew we could never give up that aspect. We lost the rebounding battle by one, but I feel like we were the toughest time out there."

USC: The Trojans had won 20 straight games against in-state competition since an overtime loss to UCLA on Feb. 28, 2019. But they were never able to build a cushion against the Cardinal and came up short.

Stanford: The Cardinal missed eight of nine shots during a stretch in the first half and trailed by seven before scoring the final six points before the break to make it 33-32. That was about the only signs of rust they showed in their return to action.

"If you can't get excited for a top five team after sitting out for almost three weeks then our guys don't have a pulse and I know they do have a pulse," coach Jerod Haase said.

Stanford returned to the court for the first time since beating Liberty on Dec. 23 in the Diamond Head Classic in Hawaii.

The Cardinal went into COVID protocol before the championship game of that tournament against Vanderbilt and then had games against California and UCLA postponed earlier this month. This contest was originally scheduled for Saturday before being moved back three days.

The Trojans played their second since nearly a three-week break for COVID protocols. They beat Cal 77-64 last Thursday in Berkeley.


The game was played in front of only a handful of fans as Stanford has limited attendance to family members only because of the spike in coronavirus cases.

The Trojans moved up to No. 5 in the AP poll this week, their highest ranking in the regular season since also being ranked fifth on Dec. 30, 1974. The stay shouldn't last long after this loss.