ESPN
Golden State Warriorscoach Steve Kerr says he doesn't think LaVar Ball, the outspoken father of UCLA point guard Lonzo Ball, is doing Lonzo or his brothers any favors with the "outlandish" remarks he has made in recent weeks.

Appearing on Waddle & Silvy on ESPN 1000 in Chicago on Thursday, Kerr spoke about LaVar Ball, who has moved into the public eye since proclaiming, among other things, that Lonzo is better than Warriors star Stephen Curry, the NBA's reigning MVP.

"The fact that everybody keeps talking about him, he seems to be accomplishing whatever he's trying to accomplish, because the things he says are so outlandish," Kerr said. "But he keeps getting headlines, and I guess that's what he wants.

"I don't think it's helping his kids," Kerr continued, referring to Lonzo and his two younger brothers, prep standouts LiAngelo and LaMelo. "I think it'd be better for them if they can just play and have fun and not have to hear that every day, but whatever. It's all part of him."

In recent weeks, the elder Ball has claimed he would have beaten Michael Jordan one-on-one in his heyday, said Lonzo is better than Curry and the NBA will be easier for him than college, and that he plans to negotiate a $1 billion shoe deal for his sons. He has also lashed out at Charles Barkley and said LeBron James' sons don't stand much of a chance at becoming basketball stars.

Lonzo Ball, the Bruins' freshman star, has taken his father's recent comments in stride, just as he has with each of his father's increasingly audacious statements.

"He's been like that my whole life. It's nothing new to me," Lonzo Ball said Thursday. "He's got a camera in front of his face now, so y'all are seeing it for the first time. ... He's never going to change for the cameras. He's been the same his whole life."

On the eve of Lonzo's first NCAA tournament game, against Kent State on Friday, Bruins coach Steve Alford said he is confident that LaVar's antics and pronouncements wouldn't shift Lonzo's focus away from the court.

"It's been no distraction to us and a lot of that has to do with Lonzo, who he is -- a strong-willed kid," Alford said, noting that Lonzo carries himself "way beyond" his 19 years. "He's a special talent both mentally and physically, and it's how he's wired. He's been built this way. He's been built for this."

LiAngelo is a senior at Chino Hills High School who will play at UCLA. LaMelo, a sophomore also committed to the Bruins, already has become a viral sensation with his half-court shooting and 92-point game this season.

Lonzo is the oldest and, for at least now, the most prominent.

A 6-foot-6 guard, he has led the nation in assists (7.7) in his first collegiate season and orchestrated the highest-scoring team in Division I basketball. He's a confident leader, a big reason the Bruins are expected to make a deep NCAA tournament run, and is projected in some mock drafts to be the No. 1 overall NBA pick this summer.

Lonzo has done it all while fitting within the framework of UCLA's offense.

While LaVar Ball has been accused of criticizing his sons' high school coaches, he has mostly allowed Alford to do his job.

Lonzo is UCLA's third-leading scorer at 14.6 points per game, yet he plays more with a pass-first, do-whatever-it-takes mentality. Despite his shot being criticized -- ball to the left of his head, right arm angled out instead of perpendicular to the floor -- he shot 41 percent from 3-point range and 54 percent overall.

"He's a very smart basketball player," UCLA senior guard Bryce Alford said. "He knows what he's doing out there, and he does a great job of not letting pressure get to him. Obviously, with who he is, there is a lot of pressure that comes behind the name that he has in college basketball. He hasn't let that get to him all year." 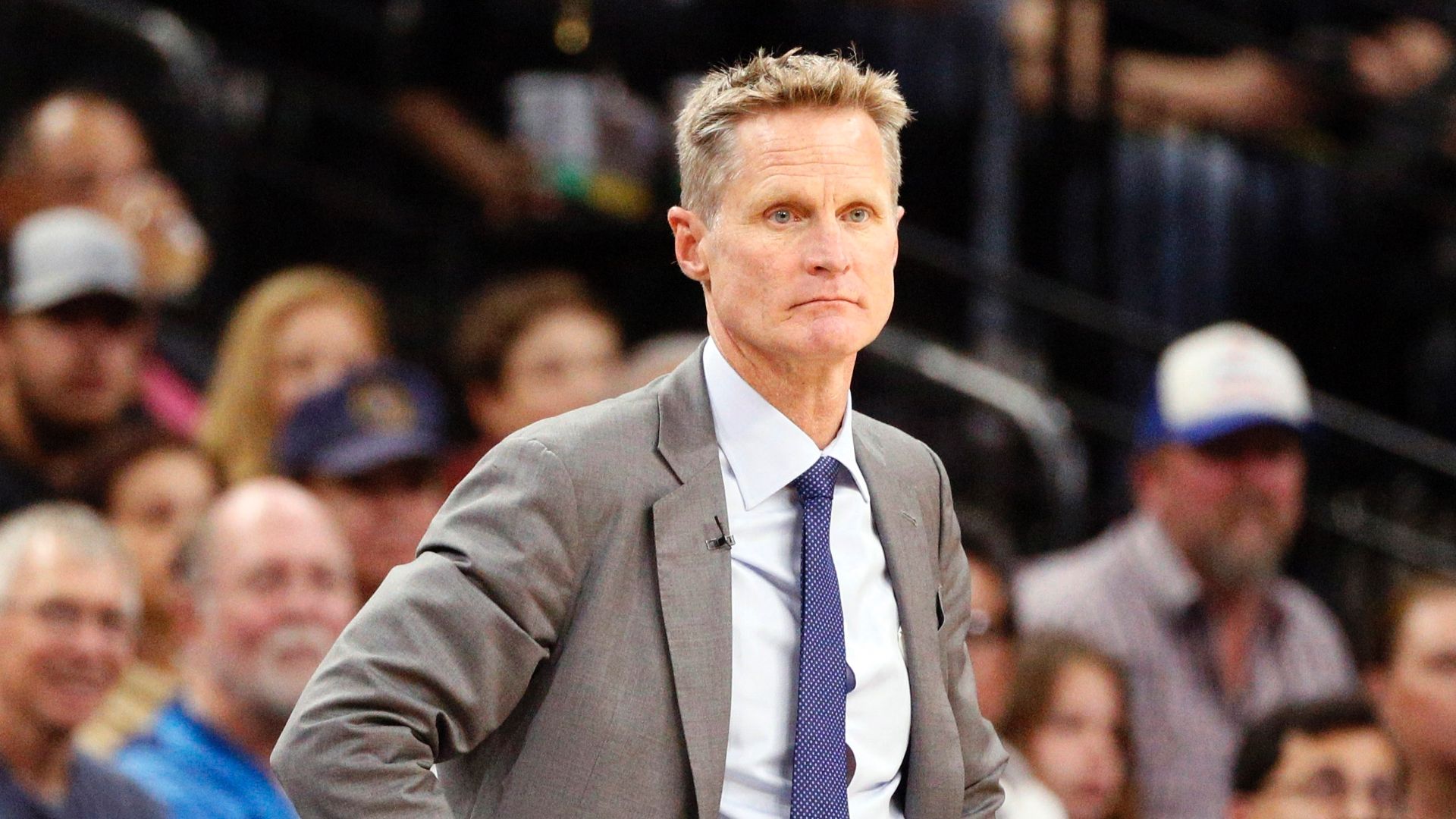 Kerr says LaVar Ball is not helping his kids
Steve Kerr wishes LaVar Ball would let his kids play and have fun instead of hyping them up all the time. 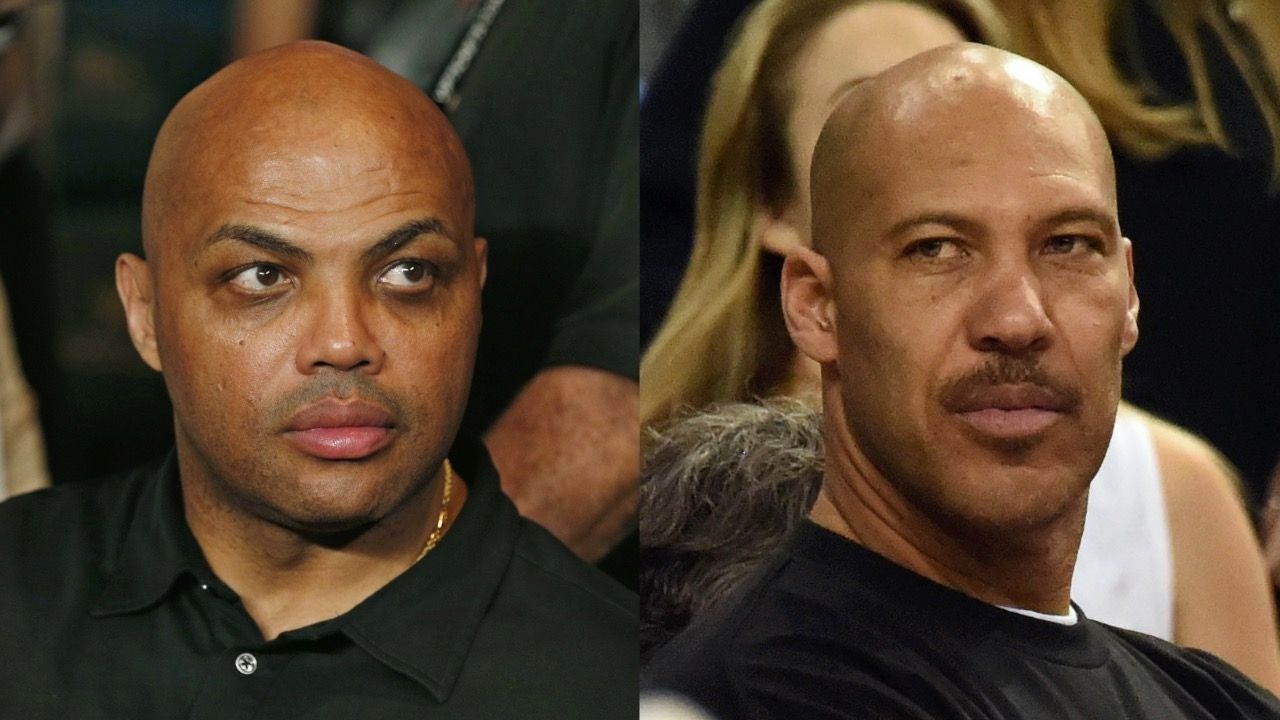