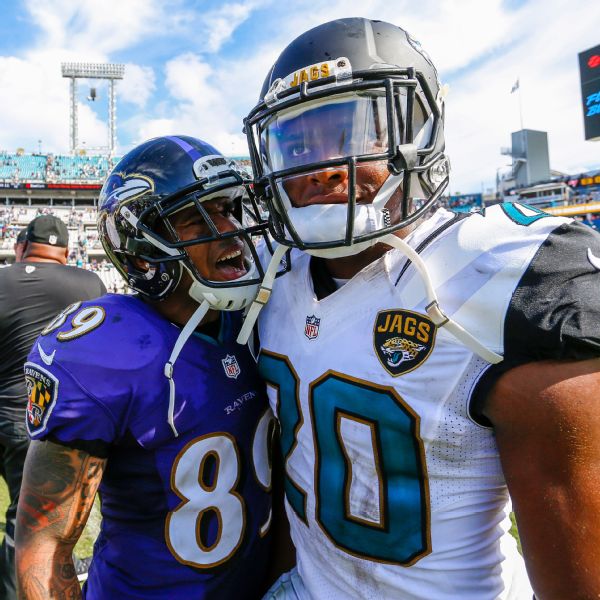 Baltimore Ravens wide receiver Steve Smith Sr. has been called out by two rookie cornerbacks this season, adding to his list of enemies in what might be his final NFL season.

Smith, 37, has no problem emphasizing how much that doesn't bother him.

Cowboys rookie cornerback Anthony Brown said he had lost all respect for Smith after seeing how much he talked trash during a 27-17 Cowboys victory. Smith caught eight passes for 99 yards and a touchdown in that game, including his 1,000th career reception. It was the second time Smith drew the ire of a rookie cornerback this season, after he and Jaguars cornerback Jalen Ramsey engaged in a public feud on social media.

"Older guys, they understand the respect game. These young guys, these new millennium guys, they don't really get it," Smith said.

"I've had two rookies that unfortunately, they have lost all respect for me, so it's been really keeping me up at night. It's tragic. I've been losing sleep. With all the lack of sleep, I know we lost, but I was almost unable to send my cleats and gloves all the way to Canton because of the lack of the sleep thing."

Coach John Harbaugh said, "I think that [the cornerbacks] have respect for him, and I think when you read the quotes, they didn't say they didn't have any respect for him. But I think they were probably a little shocked by Steve's style, which you don't see that much anymore. It's a different age probably, a different era in some ways, and Steve is probably a throwback to before even his time really."

Smith, on a conference call with Bengals reporters, said how much he enjoyed his interactions with 33-year-old cornerback Adam Jones because of the mutual respect they had for each other. The two got to know each other during a commercial shoot for Reebok.

"I've been knowing him for a long time. It's pretty cool to see how, he's always been known for a speed guy, and now as he's gotten older he's transcended his game," Smith said. "He's been able to be an older guy, more of a technician and really has good technique. It's been really cool to see him evolve and play hard and just do the things he's been doing. I always have a good interaction with Adam. We go at it, we're physical, but there's always a respect."
Related topics:
sportsespncincinnati bengalssteve smith srjacksonville jaguarsnfladam jonesjalen ramseybaltimore ravensanthony browndallas cowboys
Copyright © 2022 ESPN Internet Ventures. All rights reserved.
TOP STORIES
Blink-182's Travis Barker reportedly hospitalized in LA
Father, 10-year-old son found dead next to car in Chatsworth
Trump WH attorney disputes Hutchinson testimony about handwritten note
Shooting suspect barricaded inside South LA apartment complex
Source of mysterious lights over San Diego identified
FTC sues Walmart over scammers' use of money transfer services
After 18-month-old dies in hot car, dad dies by apparent suicide: P...
Show More
Giuliani associate to be sentenced for violating campaign finance laws
Biden administration plans to send out thousands of monkeypox vaccines
Migrants in search of a better life continue to die on their journeys
SoCal woman opens home to women from other states seeking abortion
Carbon monoxide killed 3 tourists at Bahamas resort, police say
More TOP STORIES News