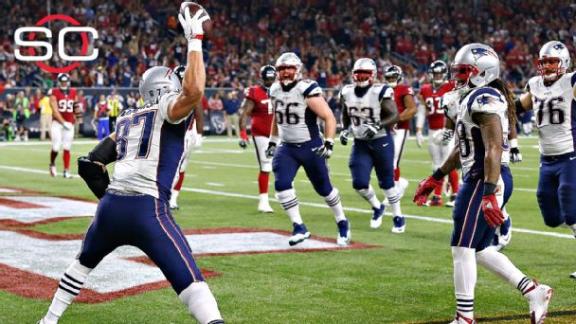 HOUSTON --Texansquarterback Brian Hoyer was evaluated for a concussion Sunday night during the fourth quarter of a 27-6 loss to the New England Patriotsless than a month after being diagnosed with one.

Hoyer was not with the team in the locker room after the game, likely still in the training room.

"It looked that way, but I'm not sure yet," O'Brien said when asked if Hoyer had a concussion.

Hoyer was sacked five times by the Patriots and frequently attended by the Texans' medical staff on the sideline. Overall, the Texans gave up six sacks, the most they've allowed all season.

Hoyer came into the game having been diagnosed with a concussion four times while playing football, including once in high school, once in college and once during his rookie year in the NFL.

Most recently, Hoyer suffered a concussion the Cincinnati Bengals on Nov. 16. In that game, he suffered memory loss and couldn't remember the plays.

He missed the Texans' next game while recovering from the concussion. The Yates-led Texans won both of those games.

As he spoke to reporters after the game, Yates had not seen Hoyer since before he was taken into the locker room for his evaluation.

The Texans' offense struggled with the Patriots' pass rush throughout the game, and especially late. Hoyer fumbled and lost the ball twice as he got hit, once inside the Texans' 10-yard line.

"We didn't really execute well, didn't make any plays," Yates said. "Were just kind of dead out there."

Hoyer completed 11 of 22 passes for 155 yards with no touchdowns and no interceptions. He completed only four passes in the second half. The Texans were limited to seven first downs in the loss.

Heading into the game, Hoyer had 18 touchdowns in the nine games. He'd thrown multiple touchdown passes in seven games, including five starts.