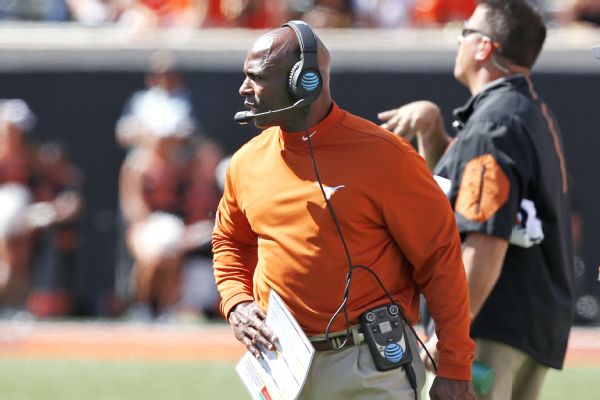 Strong has battled rumors concerning his job security again this week after theLonghornsfell to 2-2 and dropped out of the AP Top 25 with a 49-31 loss at Oklahoma Statethis past weekend. Texas faces rival No. 20 Oklahomaon Saturday in the Cotton Bowl in Dallas.

Following the loss to Oklahoma State, Strong demoted defensive coordinator Vance Bedford and put himself in charge of a struggling defense that has allowed at least 47 points in three of the team's first four games.

Strong has gone 13-16 and 9-10 in Big 12 games since taking over as Texas' coach in 2014. He told reporters on Monday he wasn't seeking any votes of confidence from Texas leadership despite speculation his job is in jeopardy.

"I don't need it," Strong said. "At the end of the day, we've got eight games to go. Let's go play these games, let's go win these games and everything else will take care of itself." 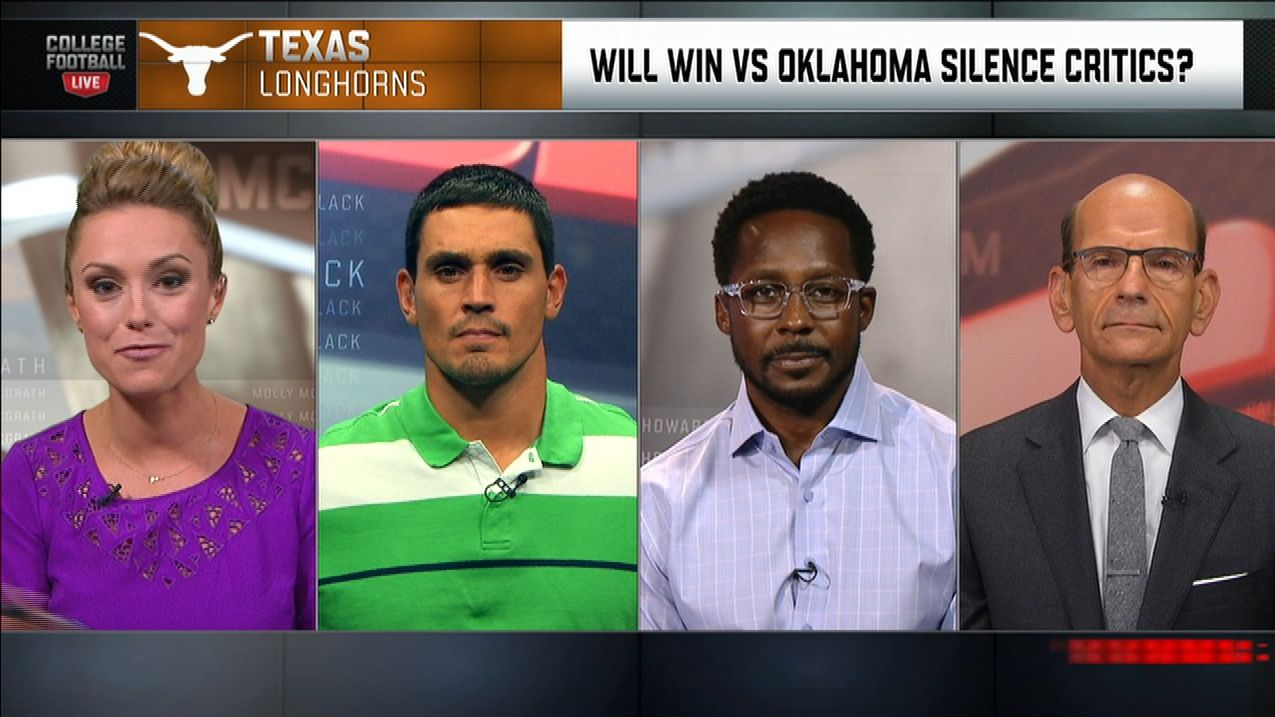