The pitcher strikes back 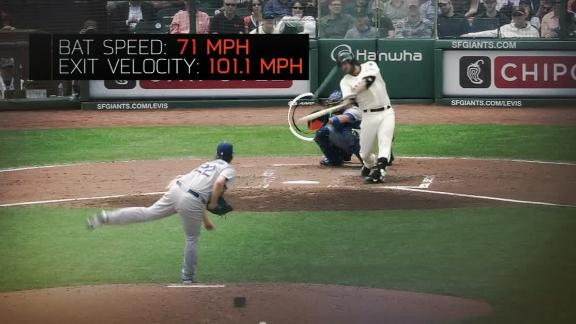 This story appears in ESPN The Magazine's May 25 Pitchers Issue. Subscribe today!

The last time we saw this kind of dominance was 1968, when Bob Gibson had a 1.12 ERA, Denny McLain won 31 games and the overall MLB ERA was 2.98. That offseason, baseball lowered the mound from 15 inches to 10 and shrunk the strike zone.

We're not quite to 1968 yet, but we're creeping closer. Let's examine how we got here.

PED-era offense peaked in 2000, with teams scoring 5.14 runs per game and 47 players cracking at least 30 home runs. But scoring was down to 4.07 runs per game in 2014, with only 11 30-homer hitters. Two big reasons for this: First, average fastball velocity has increased 1.9 mph since 2002 thanks to bullpens full of 95 mph arms. Second, pitchers now have a bigger target for those fireballs; according to PITCHf/x data, the strike zone has grown about 40 square inches since 2009, all at the bottom of the zone. As a result, K's have increased 10 seasons in a row. In 2014, 103 pitchers averaged at least one strikeout per inning while throwing at least 40 innings. In 1984, that total was eight. And there are now almost as many strikeouts as hits in a game. Through May 4, teams were averaging 7.5 strikeouts and 8.5 hits.

Left-handed batters are particularly vulnerable. Facing right-handed pitchers, they hit .219 on grounders/short liners when shifted, versus .262 when not (based on batters who faced at least 20 shifts in 2014). Smart pitchers and teams pitch into the shift, knowing that batters hit about 85 percent of ground balls to their pull side or up the middle. Take poor Brian McCann: From 2011 through 2013, he hit .199 on grounders and his overall average was .252. Last season his average on grounders dropped to .128 and his BA fell with it, to .232.

Call it the Mariano Rivera generation. In 2004, 1 percent of pitches thrown were cut fastballs. In '14, that was up to 6.2 percent. That's because last season batters hit .271/.344/.419 against traditional fastballs but .252/.302/.386 against cutters. Pitchers are also mixing in more two-seam sinking fastballs with the slightly faster (but straighter) four-seamer. The effect: Instead of one fastball, many pitchers now throw three.

On top of that, starters used to get by with two or three quality pitches; now many of them have four or five. Felix Hernandez, for example, has four plus offerings: fastball, changeup, curveball and slider.

As Cubs manager Joe Maddon said this spring, none of the new data helps hitters -- pitchers can adjust in ways hitters can't. Trout's swing, for example, is ideal for hitting low pitches. He can't change his swing nearly as easily as a pitcher can change the type of pitch or location.

*Data from Baseball Prospectus; chart from pitcher's point of view.

Add all of these advantages together and you get the uniquely dominating Clayton Kershaw. The Dodgers left-hander has won four straight ERA titles while winning three Cy Young Awards. Last year he became the first NL pitcher to win MVP honors since Gibson in, yes, 1968. Kershaw throws a four-seam fastball, slider and curve (and, rarely, a changeup), with an unusual delivery that hides the ball.

How great has he been? He compares to another legendary Dodgers southpaw, Sandy Koufax. During his four-year peak from 1963 to 1966, Koufax also won four NL ERA titles, three Cy Youngs and an MVP. Yes, Koufax pitched more innings, but he also had that higher mound. Adjusting each pitcher's ERA for league and home-park effects, we get an identical ERA+ of 172. Maybe it's time to lower the mound again.