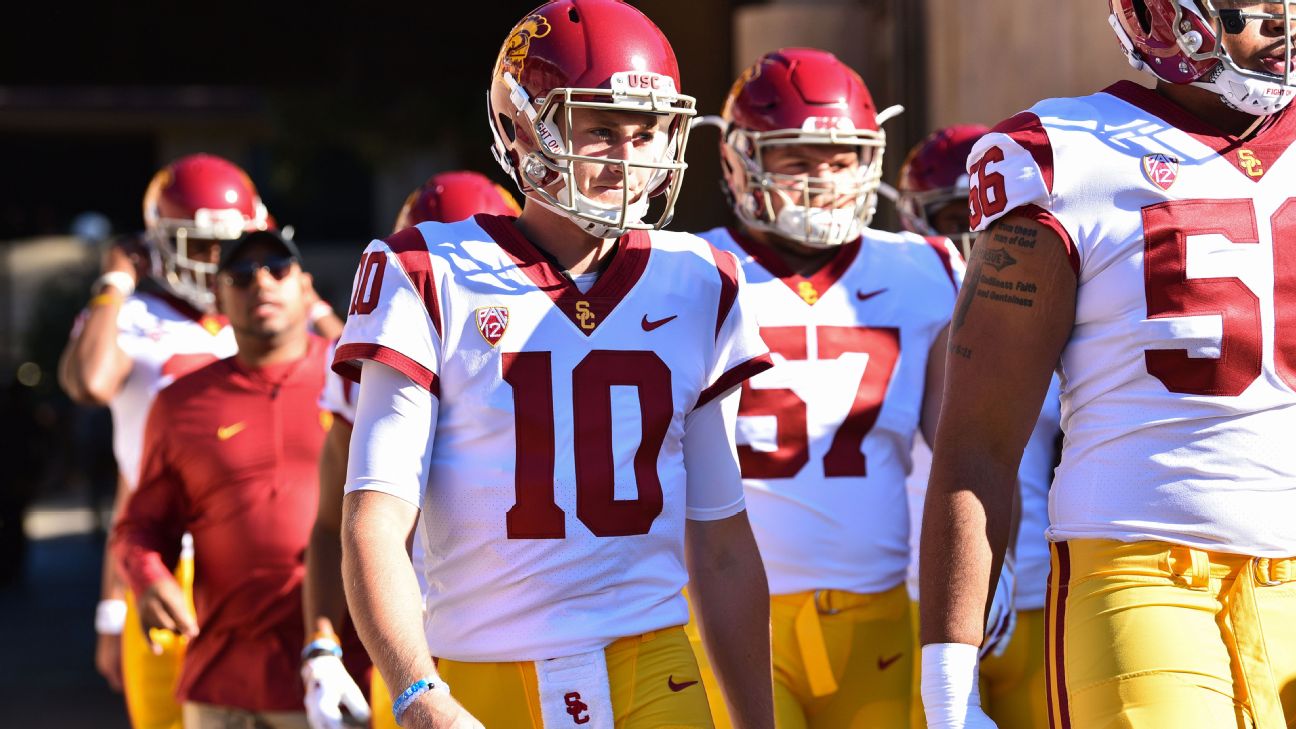 The decision comes a day after USC coach Clay Helton said starter JT Daniels was "50-50 at best" to clear the concussion protocol after suffering a concussion against Utah on Saturday. Helton previously said that if Daniels was cleared medically, he would start, indicating the true freshman will not be available in relief of Sears, a redshirt freshman.

USC also will be without backup Matt Fink, who fractured three ribs in the 41-28 loss to the Utes and will miss a few weeks.

"I'm a big fan of Jack. I always have been," Helton said Sunday, adding he appreciated how both Fink and Sears remained engaged in preparing for games despite losing the competition to Daniels, a true freshman.

"If [Sears is] given the opportunities, I think he'll do a great job."

Sears, who succeeded former USC star Sam Darnold in high school, competed with both Daniels and Fink in training camp before landing at third on the depth chart. He has not attempted a pass at the college level.