Which player had the best sneakers in the NBA during Week 18? 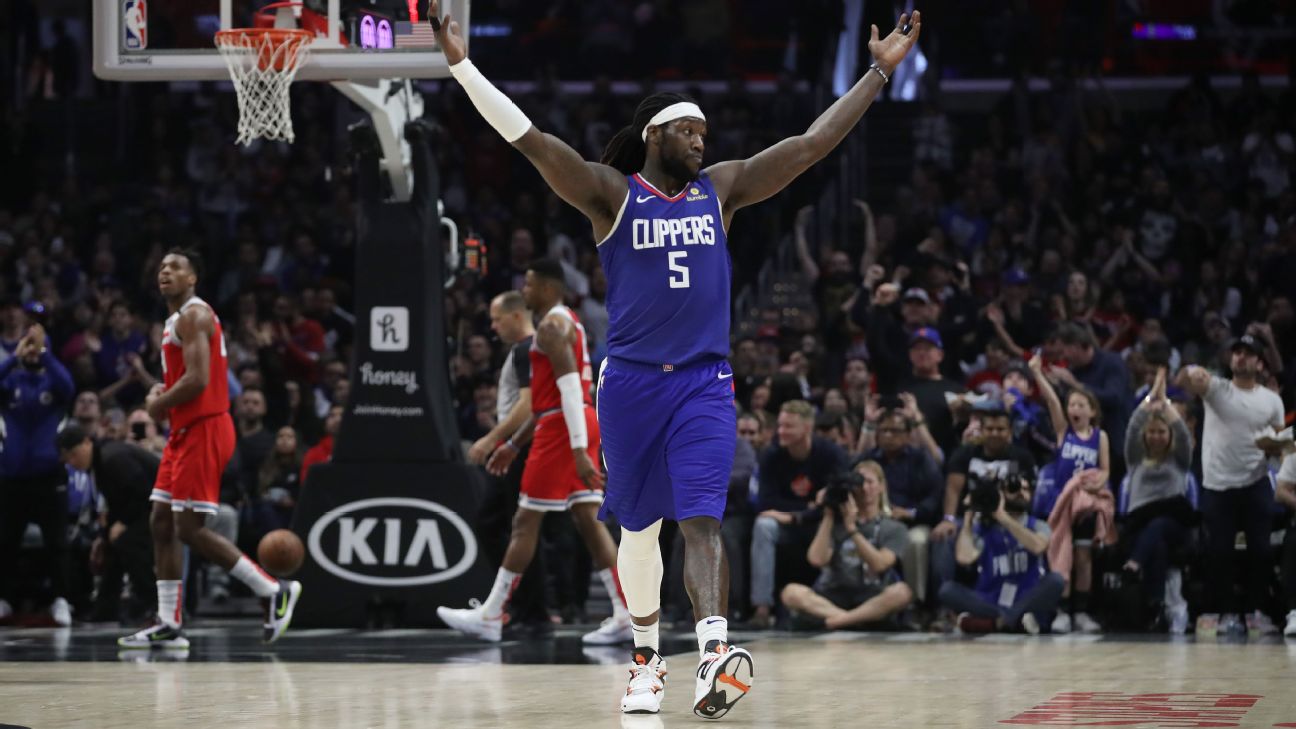 Sneaker deals don't typically get signed midway into the season, but for LA Clippers forward and shoe free agent Montrezl Harrell, the timing was right to lock in a multiyear deal with Reebok.

"Today is a big day for me," the owner of a few thousand sneakers captioned on Instagram to announce the agreement. "I'm blessed and honored to say that I have found a shoe company that is for me and what I envision in shoes, both in style and performance."

As the brand continues its retro-heavy slate of historic models, the deal will make "Trez" its only current official NBA endorser. After wearing colorways of the brand's Allen Iverson, Shaquille O'Neal and Shawn Kemp signature models in recent seasons, he'll now have the ability to help create his own versions of the brand's classics.

Harrell spent the All-Star break visiting the company's headquarters in Boston, working up player-exclusive editions with designers that are slated to arrive for the postseason.

"I got a lot of creativity that I'm ready to put on display," he said. "Iversons for sure. Going to see how deep they let me go in the bag."

In the past, Harrell worked with custom artists to create graphics, patterns and portraits atop a variety of his kicks. He has also enjoyed a connection to the brand through Clippers executive Dee Brown, who famously pumped up the iconic Reebok Omni Pump in the 1991 Dunk Contest for his "no-look" slam.

For his first official game as a Reebok athlete, Harrell wore a white edition of Brown's sneakers, giving a nod to the franchise's G League GM.

Being hands-on in designing new looks of his favorite pairs was a key element Harrell was looking for in a deal.

Several Under Armour athletes, including Sacramento Kings guardKent Bazemore, showed love to one of basketball's funniest voices, wearing a special-edition Curry 7 celebrating Carlos "Famous Los" Sanford. The longtime comedian, known for his jokes and highlight commentary on Instagram,had one of his signature phrases featured on Under Armour's white shoes: "Why he do dat boy like that?"

Famous Los wore the exclusive sneakers while dropping 23 points in last week's Celebrity All-Star Game, but seeing the pair hit the hardwood on the feet of NBA players took things to a different tier.

"Aside from my son, this is the greatest thing that's ever happened to me in my entire life!" he said.

Continuing his year-long tradition of making memories for young fans, Giannis Antetokounmpo handed off his latest exclusive colorway of his signature Zoom Freak 1 to a young fan after the Milwaukee Bucks defeated the Detroit Pistonson Thursday night.

That colorway was made just for the University of Arizona, a white and navy pattern featuring the Wildcats' "A" logo along the heel. Arizona is one of a few Nike-sponsored colleges to receive its own iteration of the Greek Freak's debut sneaker.

In the midst of his stretch of impressive play this month, Washington Wizards rookie Rui Hachimura broke out one of his first Japan-specific sneakers of the season. The shoe honors Hachiko, a long-celebrated Japanese dog from the early 1900s known for his loyalty, on its heel. The gray and orange sneakers also feature a variety of Japanese characters along the upper, speaking to elements of loyalty, a key code of the samurai.

Also spotted in The District, John Wall has recently been working out for the Wizards as he recovers from a ruptured Achilles tendon. Wall joined his NBA peers by honoring the late Kobe Bryant by wearing the Nike Kobe 6 "Grinch" during pregame shootaround.

In his first game following the break, Los Angeles Lakers forward Kyle Kuzma flashed a bright orange pair of the new Puma Sky Dreamer, a modernized update to its beloved high-top Sky model. The colorway was designed in tandem with Fashion Geek, a Chicago-based brand known for its bold, expressive colors and patterns.

"It's a super new shoe for us," said Kuzma. "It's a shoe that's been around for decades going back to the '80s, and we just made a new twist on it and made it more fashion-forward."

Check out the best sneakers spotted around the league in this week's overview, and be sure to vote for your favorite pair in our poll below. For real-time updates on sneaker culture and NBA kicks, follow @SneakerCenter on Instagram. 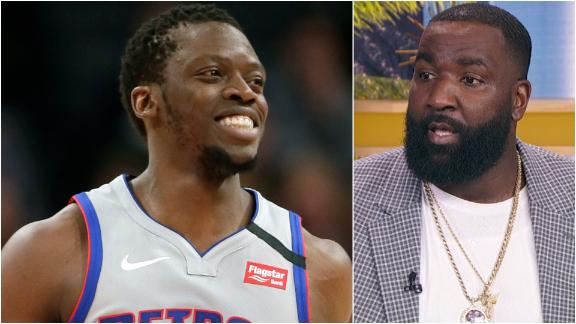