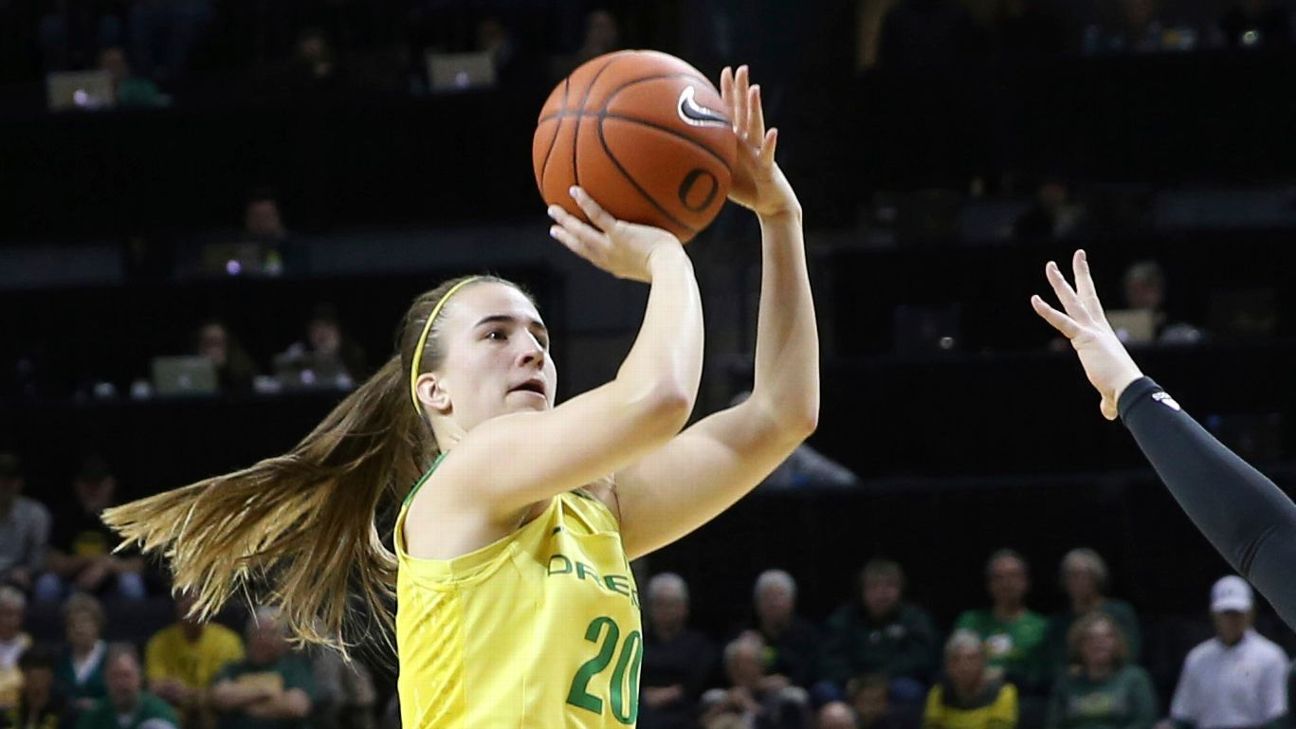 In early January, while watching Baylor face UConn, Las Vegas Aces coach Bill Laimbeer mentioned the possibility of trading the No. 1 pick in the upcoming WNBA draft. What he knew then was something not yet public: 6-foot-8 standout center Liz Cambage wanted to leave the Dallas Wings and might be available in a deal.

The Aces could use a center, and Laimbeer was watching a prime candidate that night in Baylor senior Kalani Brown. But he said he was pondering whether to add yet another young player to an already young team.

Cambage's potential landing spot is one of many things that make the 2019 WNBA mock draft a puzzle that can be put together several different ways. So much is up in the air, we expect this initial espnW mock draft -- for which we sought the expertise of the WNBA's general managers and coaches, plus ESPN's women's basketball analysts -- won't look the same in subsequent revisions.

Unlike 2018, when the Aces also had the No. 1 pick, there isn't a clear-cut top selection, as was the case with A'ja Wilson. The forward from South Carolina was penciled in at No. 1 throughout the last college season, and then was WNBA rookie of the year in 2018.

This year, the pick could be traded before the draft. Or Laimbeer could pick first and then make a trade. Cambage, an MVP candidate last season, hasn't spoken publicly about where she prefers to go, but Los Angeles is believed to be her first choice. However, if she would agree to Vegas, it's likely Dallas would want that deal.

Minnesota's Maya Moore hasn't publicly addressed rumors that she might sit out this season and/or wants a trade. But with an aging starting lineup that already lost point guard Lindsay Whalen to retirement, the four-time-champion Lynx appear to be looking at a lot of change in the next few seasons. With the Lynx having the No. 6 pick overall and three selections in the second round, a lot rides on what Moore does.

Which draft-eligible juniors might opt to leave college is another key unknown. At least two, Oregon's Sabrina Ionescu and Notre Dame's Jackie Young, should be high first-round picks if they declare for the draft. We're including four draft-eligible juniors, as designated by an asterisk, but these players haven't officially announced their plans (and likely won't until their seasons end).

By next month's mock draft, there might be more certainty on various questions, especially after free-agent signings begin. For now:

Strictly on primary need, the Aces likely would go for a center. But if they keep this pick, how do they pass up on a player with 16 triple-doubles (and counting) whose game is so pro-ready? Ionescu is a dazzling, fun player to watch for a franchise in an entertainment mecca. Of course, if Ionescu decides to stay and play her senior season at Oregon, the whole first round looks different.

It seems like the Liberty have been looking for a consistent scoring threat to help former MVP post player Tina Charles for a long time. Maybe Durr, who is currently averaging 21.1 PPG, is the answer. Or maybe UConn's Katie Lou Samuelson or Notre Dame's Arike Ogunbowale fits the bill. For now, we're going with Durr.

The Fever have been rebuilding since Tamika Catchings' retirement in 2016. If both McCowan and Baylor's Kalani Brown are still available, the Fever seem certain to choose between the two. If they opt for McCowan, it will be because of her defense and court mobility. Her offense is more one-dimensional than Brown's, but it's still pretty strong.

The Sky have a new coach and GM in James Wade, and he could go in many different directions with this pick. He could opt for the best available guard. But if she's still available, he might opt for Brown. She has a face-up jump shot along with her low-block game and would give premier point guard Courtney Vandersloot a great target.

No player has raised her draft stock more this season than Smith, who played well for the Australian national team in the FIBA World Cup last fall. She's averaging 21.2 points and 8.3 rebounds and has made 52 3-pointers while shooting 48.1 percent from behind the arc. Dallas seems sure to lose Cambage, and Skylar Diggins-Smith will miss at least some or all of the season as she is pregnant. Smith could help the Wings in several ways.

Like Ionescu, Young is draft-eligible because she turns 22 in the same year as the draft. Will she stay and be the Irish's lone returning starter next season, or decide to leave? While Young has been overshadowed by her Irish teammates, some see her as Notre Dame's best all-around player. Considering the Lynx might not have Moore, Young could be a multidimensional guard to build on for the future.

The 2018 Final Four hero has explosive scoring ability, averaging 21.4 PPG. We don't know yet what kind of offense new coach Derek Fisher wants to have, and the Sparks will be a very different team if Cambage is traded there. Ogunbowale could go earlier or later in the first round depending on teams' needs, and also whether her Irish teammate Young declares for the draft.

The Mercury's Sandy Brondello, who is also the Australian national team coach, would be happy to get either of the two Aussie forwards who played for her in the World Cup: Magbegor or Smith. Power forward was a concern for the Mercury last season after Sancho Lyttle was hurt, although DeWanna Bonner stepped in well in that role. At just 19, Magbegor is developing as a player but has all the tools.

She might get drafted much earlier, maybe even to the Sparks, where she'd be close to her hometown of Huntington Beach, California. But if Samuelson ends up close to her college campus and joins the Sun, she provides strong scoring and smart passing. Her perimeter shooting ability at her size is Samuelson's strongest WNBA credential, but there's also her UConn pedigree. Former Huskies generally fare well in the league.

The Mystics made the WNBA Finals last season with an undersized center in 6-3 LaToya Sanders. There hasn't been a really successful player from China in the WNBA before, and Han is only 19. Could she help the Mystics, or would picking her be too much of a risk? Coach/GM Mike Thibault is a top talent scout, and he has capitalized on other overseas players.

She's averaging a double-double (22.4 PPG, 14.9 RPG) in the tough Pac-12, and she might also go higher. If there has been a question about Anigwe, it's whether she has a consistent motor. Perhaps she has answered that with her stellar senior season. If she's still available, the Dream likely would be eager to take her.

There are differences of opinion on how Collier's game translates to the WNBA level. Some say it will be fine, others have questions, such as whether her 3-point shooting -- she has made six this season and 52 for her UConn career -- is something she must improve. But Collier also might thrive, especially if she joins three former Huskies in Seattle.