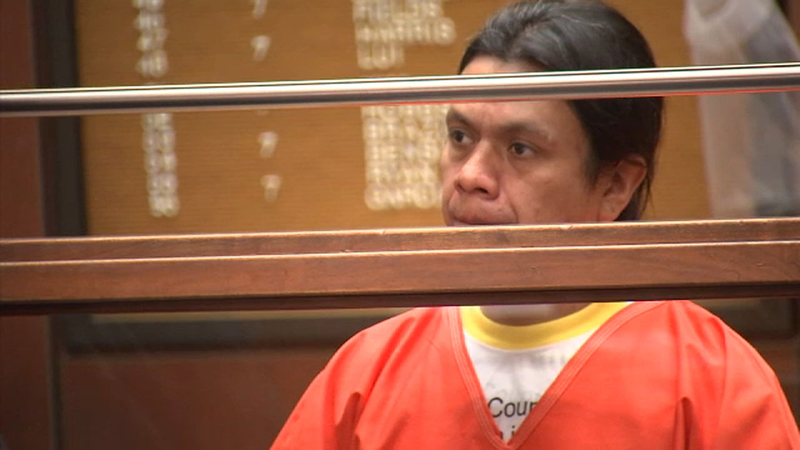 LOS ANGELES (KABC) -- The man accused of fatally stabbing a co-worker's 3-year-old daughter at a downtown Los Angeles garment factory was sentenced Wednesday to 37 years to life in prison.

Ricardo Utuy, 34, was sentenced for the murder of the child in a 2016 attack, according to the Los Angeles County District Attorney's office.

Officials said a family member had just dropped off the girl, identified by police as "Baby Ruby," at her mother's work after picking her up from daycare.

The girl was heading toward her father to give him a cookie when her mother saw Utuy following close behind her daughter, according to prosecutors.

"She walked to her daddy, gave (him) that little cookie and that was the last act of her short life," Detective Moses Castillo told the court.