'Star Wars: The Last Jedi' expected to be box office hit after premiere 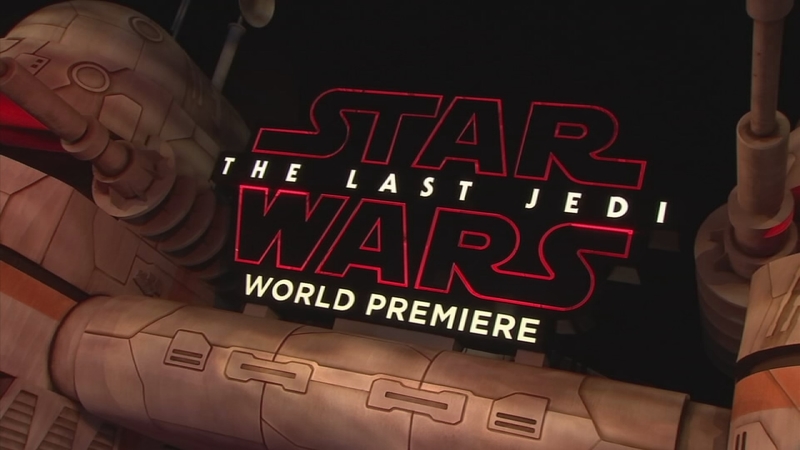 LOS ANGELES -- Fasten your seatbelts, it's time for a new Star Wars adventure! On Saturday evening, celebrities hit the red carpet for the world premiere of "Star Wars: The Last Jedi" in Los Angeles.

Take a look at some of the action as it unfolded:


A parade of storm troopers and other characters from the film helped open the red carpet. The film is expected to storm the box office with a projected opening weekend in the $200 million-range.

A trailer released this summer shows Rey where we last left her at the end of 'The Force Awakens' -- on the island with Luke Skywalker. She can be seen wielding a lightsaber.


"Everybody in the movie kind of starts at 100 and it doesn't get less from there for, you know, the next two and a half hours," said Adam Driver, who plays Kylo Ren in the film.
Ren is also featured prominently in the trailer, intercut with shots of his mother, General Leia. The mysterious Snoke can be heard in the voiceover talking about the "raw power" he saw in Ren. Luke then also references seeing the power he sees in Rey once before.

"She did a great job with this film. You know, if you're going to go out, it's a great way to go out playing Princess Leia and doing such a fine job," said Disney CEO Bob Iger.
For Daisy Ridley, the film's leading lady, making this movie was different than her experience on "The Force Awakens."

"Everything was happening so quickly that I was more aware of everything this time, so I felt more nervous," she said.

The film hits theaters for its general release on Dec. 15.