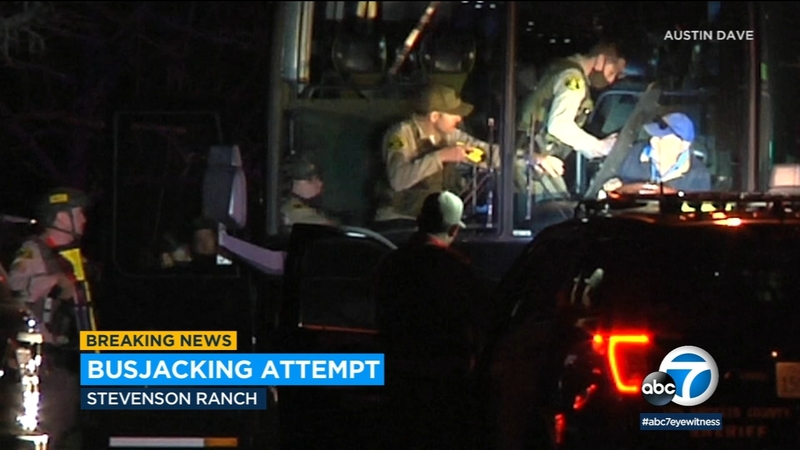 STEVENSON RANCH, LOS ANGELES (KABC) -- A man who authorities say tried to carjack a charter bus driver after attempting to rob a woman at a hotel in Stevenson Ranch was taken into custody Thursday evening.

The Los Angeles County Sheriff's Department says the man tried to rob a woman of a purse at a hotel in the 25300 block of The Old Road around 8:40 p.m.

That same man then allegedly tried to hijack a giant charter bus idling nearby. The man stormed onto the bus and assaulted the driver in an attempt to carjack the bus, according to LASD.

The bus driver was able to escape and once outside the bus, disabled the vehicle so the suspect couldn't drive away with it.

The suspect then barricaded himself inside the bus. After negotiating with him, deputies forced the bus door open to took the suspect into custody.