It's still possible that lawmakers will approve a scaled-down version that would funnel more assistance to struggling Americans.
CNNWire
By Katie Lobosco and Tami Luhby, CNN 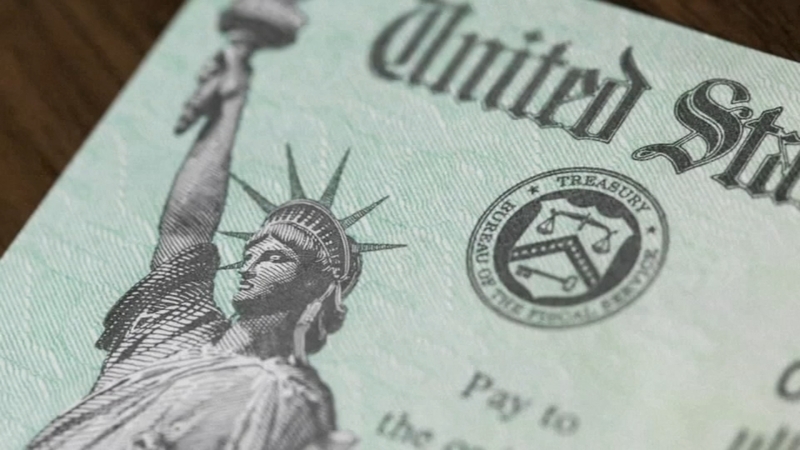 Tax season 2022: 3 changes to know about before filing your taxes

WASHINGTON -- As Americans enter the third year of the pandemic, they can expect to receive significantly less federal aid.

There won't be any more stimulus checks. Boosted unemployment benefits and guaranteed paid sick leave programs have expired. The last round of expanded child tax credit payments went out earlier this month, and the pause on student loan payments is set to end in May after several extensions.

With the rapid spread of the omicron coronavirus variant, the start of 2022 is looking uncertain. Experts warn that the surge in COVID-19 cases will continue for at least another week, and some economists are downgrading their forecasts for next year. Restaurants have seen a slowdown, thousands of flights have been canceled and Broadway shows have been called off.

But there is some good news. While omicron is very contagious, early research indicates it won't cause severe illness for most people who are vaccinated and boosted. Before the new variant hit the US, the unemployment rate fell to 4.2% in November, a new pandemic-era low, and early data shows that Americans did more holiday shopping this year.

Ines De La Cuetara has the latest impact of the omicron variant across the U.S.

And though efforts to pass President Joe Biden's sweeping Build Back Better legislation have stalled amid opposition from moderate Democratic Sen. Joe Manchin of West Virginia, it's still possible that lawmakers will approve a scaled-down version that would funnel more assistance to struggling Americans.

Congress passed three major COVID-19 relief packages in 2020 and 2021, authorizing about $5.7 trillion in federal spending. Most of that money has already been spent.

Stimulus checks: Low- and middle-income households received about $817 billion in federal stimulus payments sent directly to their homes or bank accounts since March 2020. The money came in three rounds, the last of which was sent in spring 2021.

Each round had slightly different qualifying parameters, but lawmakers purposely didn't put too many limitations on the checks in order to get the cash out as quickly as possible. The lowest-income Americans got the full amount, and the value gradually phased out for those earning more.

Congressional Democrats renewed the three pandemic programs once again as part of the American Rescue Plan Act in March, but the beefed-up federal assistance expired nationwide on Labor Day.

In addition to providing supplemental weekly payments, Congress had expanded jobless benefits to gig workers, freelancers, independent contractors, the self-employed and certain people affected by the coronavirus. It also had extended the duration of payments for those who exhausted their regular state benefits.

The surge in COVID-19 cases since then has not prompted an increase in the unemployment rate nor in the number of people filing initial jobless claims.

President Joe Biden and Sen. Joe Manchin are said to be sharply divided over the expansion of the child tax credit.

The expansion, which is only in effect for 2021, was part of the American Rescue Plan Act. Biden and lawmakers had hoped to extend it for another year in the Build Back Better package.

Parents received up to $300 for each child up to age 6 and $250 for each one ages 6 through 17 on a monthly basis between July and December, which accounted for half of the enhanced credit. Families will get the other half when they submit their 2021 tax return next season.

Also, more low-income parents became eligible for the full amount because lawmakers made it fully refundable. It had been only partially refundable -- leaving more than 26 million children unable to get the entire credit because their families' incomes were too low, according to Treasury Department estimates.

Paid sick and family leave: In 2020, Congress guaranteed many workers two weeks pay if they contracted COVID-19 or were quarantining. It also provided an additional 10 weeks of paid family leave to those who were staying home with kids whose schools were closed or caring for an ill family member. Those benefits expired at the end of 2020, but the government continued to provide tax credits to employers who voluntarily chose to offer the benefit through October 1.

A program that awarded grants specifically to restaurants had allocated its entire $28.6 billion pot in July, just two months after it opened. The grant program sent money to more than 100,000 restaurants but fell short of meeting the demand. It had received at least 278,000 applications totaling more than $72 billion in requested funds.

Student loan relief: Those with federal student loans have not had to make any payments since March 2020. During this time, interest has stopped adding up and collections on defaulted debt have been on hold. Borrowers' balances have effectively been frozen if they chose not to continue making payments.

The pause on payments has been extended several times. Payments are now set to resume on May 1.

Rental assistance: Congress authorized $47 billion for emergency rental assistance over the past year, and more than half of those funds remain available.

Households are eligible for the money if they experienced financial hardship due to the pandemic, have incomes at or below 80% of their area median income, can demonstrate risk of experiencing homelessness, or already qualify for unemployment benefits.

Hundreds of state-, county- and city-run programs were created to distribute the money. They have been successful in many communities, but some were extremely slow in getting money out the door. The Treasury Department is currently shifting unused funds to places that have run out money and still have people in need.

A federal moratorium on evictions expired in August after being in place for nearly a year. Evictions have ticked up since then but remain well below the historical pre-pandemic average, according to The Eviction Lab at Princeton University.

The enhanced assistance, created as part of the American Rescue Plan Act, has helped attract a record number of consumers to the Obamacare exchanges. So far, more than 13.6 million people have selected plans for next year. Open enrollment ends January 15.

The beefed-up subsidies, which are only in place for this year and next, aim to address long-standing complaints that Obamacare plans are not affordable for many people, particularly the middle class.

Enrollees pay no more than 8.5% of their income toward coverage, down from nearly 10%. And lower-income policyholders and the unemployed receive subsidies that essentially eliminate their premiums.

Also, those earning more than 400% of the federal poverty level are now eligible for help for the first time.