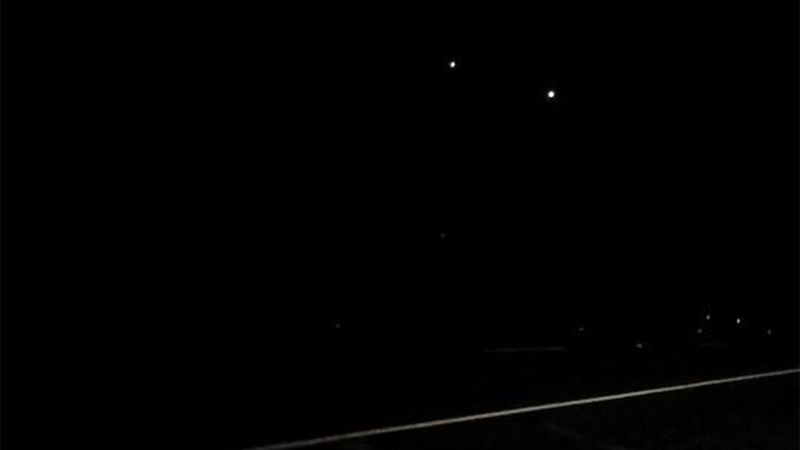 The mysterious lights were spotted in southern Orange County, Riverside County and even San Diego County.

"I'm looking at it and thinking that's really strange because it was yellow, not normal plane lights," said Kahn. "We had two lights, then they both went out, then a third light came on. (I) was listening for helicopter sounds, plane sounds -- no sounds at all, just lights."

Viewer Allison Williams said she saw the lights appear for a few minutes.

"Saw these two bright orange lights from the 405 S at Sand Canyon all the way to the 5 exited Alicia watched them for a little while and left, went back and they were gone within minutes," Williams wrote.

Officials at Camp Pendleton and Marine Corps Air Station Miramar told Eyewitness News Thursday morning that the lights didn't have anything to do with their bases.

The Federal Aviation Administration said in a statement, "We had no unusual aircraft activity in Southern California last night."

So the mystery continues...