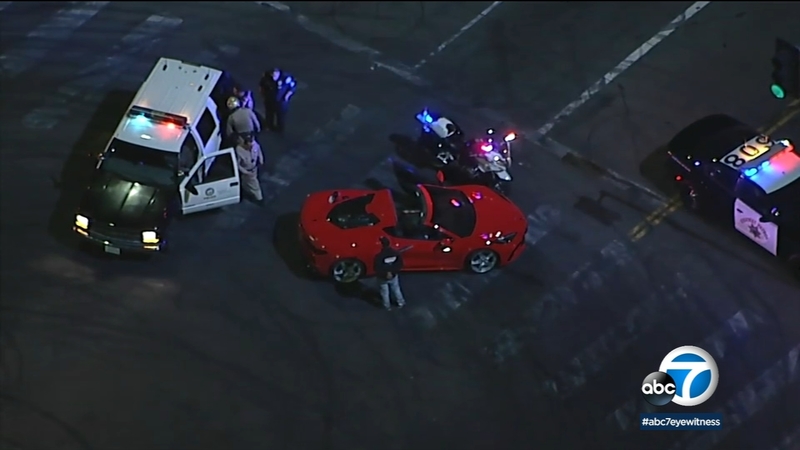 GRANADA HILLS, LOS ANGELES (KABC) -- A Southern California assemblymember is hoping to get a bill back in the works that would criminalize street takeovers after seven were shut down in a single night last week.

The Los Angeles Police Department said there were seven street takeovers in total across the San Fernando Valley on Thursday.

The largest one took place near the intersection of Roscoe Boulevard and Coldwater Canyon in Sun Valley.

That street takeover consisted of about 150 people and 100 cars. People had been racing and drifting when the first police units shows up, police said.

Drivers in that incident also scattered and left eight cars stranded at the scene.

"Typically, as we know from last year, Cinco De Mayo brings out a lot of these street racers," said Sgt. Jodi McGee with LADP's Valley Traffic Division. "They like to go out and create havoc in the streets in the intersections thinking it is all fun. They like to make videos of it."

LAPD and the California Highway Patrol busted a street takeover in Sun Valley.

In 2019, a state bill aimed at criminalizing vehicle sideshows along with specific penalties failed.

Assemblyman Adrin Nazarian, who introduced the legislation, hopes to resurrect it.

"Given the frequent level that it is now happening again, it's going to be something I am going to be looking at relying or brining back again," said Nazarian.

For now, law enforcement officers are doing what they can to steer drivers away from these sideshows.