Police issue warning about string of robberies on students walking to, from school in South LA 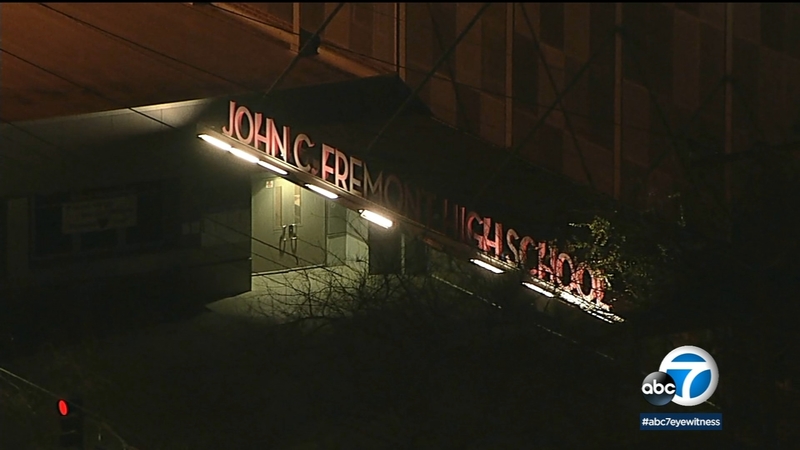 SOUTH LOS ANGELES (KABC) -- Police issued a warning for students who walk to or from school following a string of robberies involving at least four Fremont High School students over the past few weeks in South Los Angeles.

The Los Angeles Police Department issued the community alert Thursday, saying the incidents usually occur on Friday afternoons along San Pedro Street between 76th and 82nd streets. Police say the victims have been punched, grabbed or Maced for their jewelry.

In the latest robbery, reported on Wednesday morning, police say a student was threatened with a knife and as she tried to run away, the suspect pulled her hair and snatched her chain.

This comes after two sisters were recently robbed of their cell phones while walking to Fairfax High School. The same happened to a boy at Los Angeles High School.

"It's alarming to me that kids can't walk down the street with their cell phone or listening to music. It's challenging for us... we're putting out extra patrols during to and from school," said Sgt. Rudy Perez with L.A. School Police.

Police are now warning students to not openly display jewelry or cell phones while walking to school, and to be aware of your surroundings.