The woman's boyfriend, who deputies identified as 49-year-old Dennis Ray Collins, was found dead Wednesday inside a home in the neighborhood. Authorities believe he killed himself by a self-inflicted gunshot.

The sheriff's office said there was evidence inside the home that matched elements of the doorbell video. In addition, deputies were able to locate and confirm the safety of the woman through her relatives in Dallas County.

Authorities also confirmed that the restraints she wore in the viral video were ones commonly used in "private intimate encounters."

When Texas Rangers contacted the woman, they confirmed with her that she was indeed the person seen in the video that has spawned worldwide interest.

The woman's face has been blurred in all videos and her identity is being withheld, because officials say she is a victim of domestic violence.

An ex-girlfriend of Collins told deputies she received a text message, which prompted a welfare check. She also told them messages from Collins gave her indication that the woman in the video is his current girlfriend.

Authorities said the man was threatening to kill himself. By the time deputies made it to the home in the Sunrise Ranch subdivision, it was too late.
During their investigation at the home, they discovered a suicide note, connecting him to the woman they say is his girlfriend seen on that doorbell video.

Jennie Drude said she received calls and messages from around the world about the mystery woman caught on a doorbell camera in Sunrise Ranch.

Investigators say despite receiving inquiries from families and law enforcement across the country, the woman in this doorbell video was not a missing person.

The 32-year-old woman spotted on surveillance video became the subject of a law enforcement investigation after she was recorded ringing doorbells in the middle of the night last Friday.

The woman was barefoot, wearing only a T-shirt, with what looked like restraints dangling from her wrist.

During Thursday's news conference, sheriff's officials said it believes the woman was unlawfully restrained and sexually assaulted by Collins.
The woman told authorities that she broke free, rang on two doorbells and returned to the home she shared with her boyfriend. She then drove to her relatives in the Dallas-Fort Worth area early Saturday morning where she has been since.

Neighbors say Collins, who worked at a local boat retailer, just moved into the rental home four months ago.

A criminal records check showed Collins was convicted of attempted sexual assault in 2000, for which he was sentenced to probation.

The sheriff's office said Collins would have been investigated for kidnapping, unlawful restraint and sexual assault.
Report a correction or typo
Related topics:
texassuicideshootingu.s. & worldinvestigationsurveillance video
Copyright © 2020 KTRK-TV. All Rights Reserved.
RELATED
Police search for mystery woman who rang doorbell and then disappeared 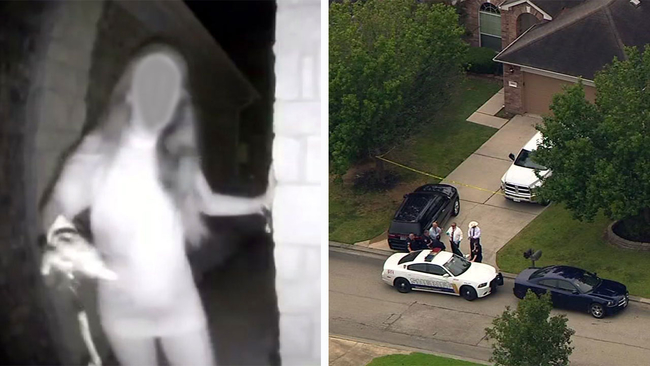 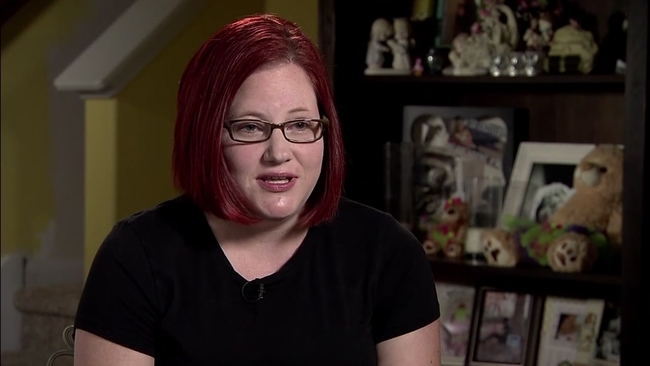