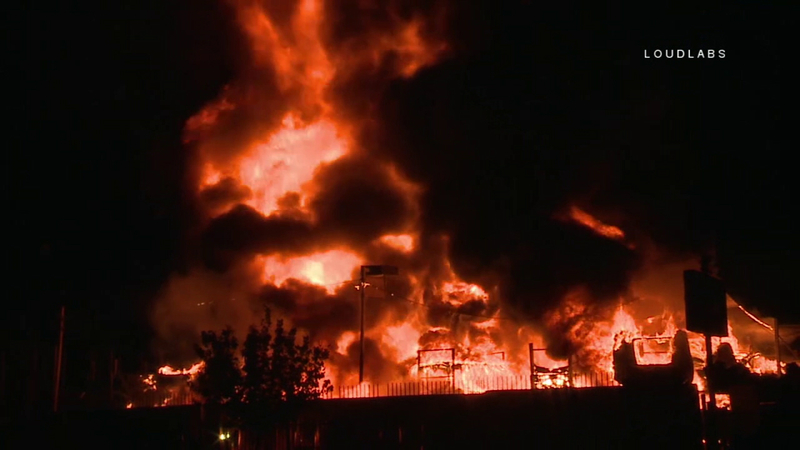 The blaze began shortly before 3:30 a.m. at a business in the 8500 block of San Fernando Road.

Fifty-four firefighters responded to the scene, where the flames were fueled by metals, tires and other vehicle accessories.

Los Angeles Fire Department personnel managed to prevent the intense flames, which shot more than 30 feet into the air, from burning any structures at the scene. The fire was knocked down within 40 minutes.

No injuries were reported. Two dogs were rescued during the firefight.

"We were able to see smoke and fire from several miles away, so this was a very large outside fire," said LAFD Battalion Chief Albert Ward. "When we got on scene, we obviously called for more resources to help combat this fire because of the neighborhood that surrounded it."