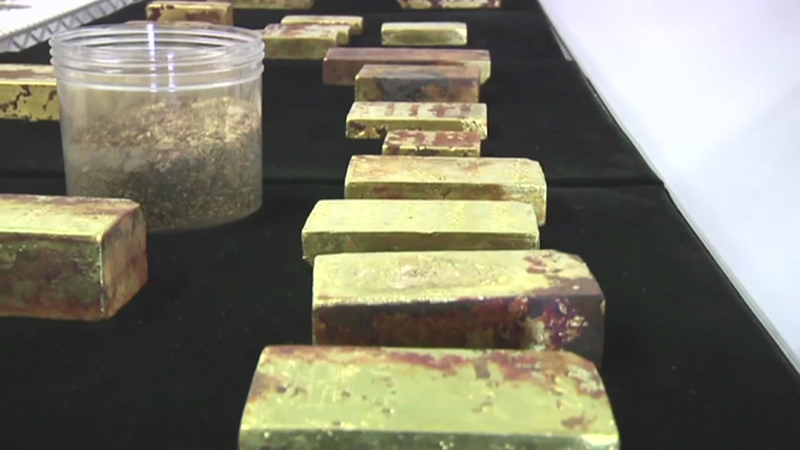 LONG BEACH, Calif. (KABC) -- It sounds like the plot of a Hollywood film: $50 million worth of gold bars, coins and dust were discovered in a sunken ship that sat in the ocean for more than 150 years.

But the story is real, and some describe it as "the greatest lost treasure in American history."

"It's a culmination of a human dream, maybe a childhood dream. To go out looking for sunken treasure and actually find sunken treasure, it's an unbelievable experience," said Bob Evans, chief scientist on the original 1988 voyage to find the treasure.

Evans is now restoring the gold in a lab in Santa Ana, removing the rust and grime that accumulated after the S.S. Central America - appropriately known as the "The Ship of Gold"- sank in a hurricane in 1857 off the coast of South Carolina.

"This is a whole new season of discovery because we are now peering beneath the grime and the rust that is on the coins, removing those objects and those substances and getting to look at the treasure as it was in 1857," Evans said.

The treasure hunter who found the ship is now in jail over his handling of the original treasure - 500 coins are reportedly still missing.

"There are a little bit over 3,100 gold coins, over 10,000 silver coins, over 1,000 ounces of gold dust and 45 ingots. The cumulative value when gold was $1,250 an ounce when I did the appraisal was $48 million for that," said Dwight Manley, managing partner for California Gold Marketing Group.