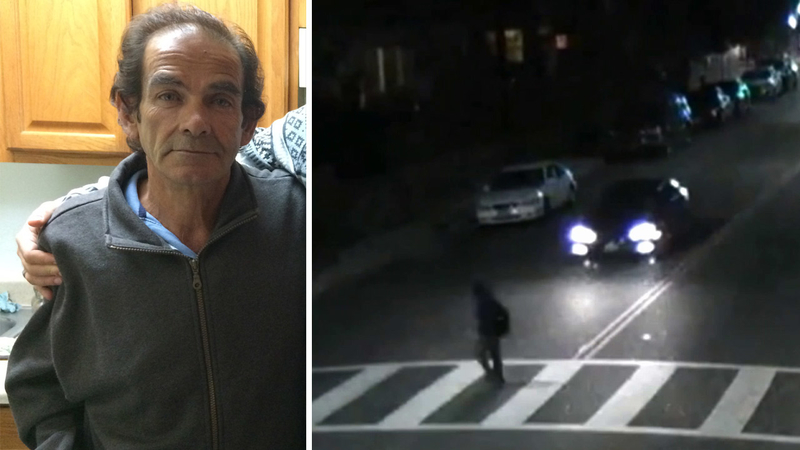 Recently released surveillance footage reveals that a 58-year-old man was inside a clearly marked crosswalk when a black sedan fatally struck him near the University of Southern California.

Elias Aceves was crossing 23rd Street at Portland Street when the car hit him. Another angle of surveillance video shows the driver fleeing the scene westbound on 23rd Street.

"I understand if maybe he didn't see him, but, come on, the second you feel the impact and you see someone flying out? There's no excuse for that," Aceve's' nephew David Armenta said.

The black sedan was speeding and the driver did not appear to brake or swerve away from the impact, police said.

Armenta says he has watched the surveillance footage several times and hopes the person responsible is caught.

"It's literally every 30 minutes or hour we're having the same break down," Armenta said. "We're still in shock."

Parminder Singh, who owns a liquor store near the hit-and-run, said Aceves would visit his store everyday.

"This sidewalk is really dangerous. It should have a stop sign or lights," Singh said.

A small memorial continued to grow at the scene Wednesday, where family and community members remembered the man whose life they say was taken too soon.

"He just loved communicating with people and being out there. He was such a great guy," Armenta said.