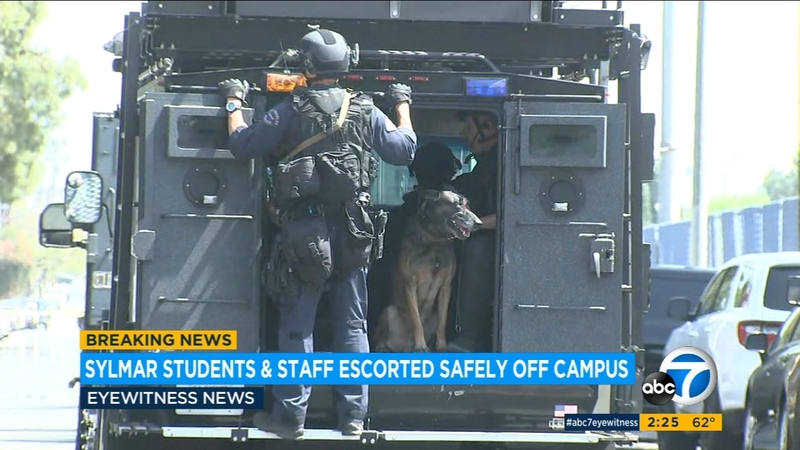 Shortly before 3 p.m., police reported they had taken the suspect into custody and the lockdown was ending. There were no injuries reported.

Police responded at 12:27 p.m. to Dronfield Avenue and Sayre Street for a call about man armed with a knife waving it at passing vehicles.

After officers responded, they called for backup and said it was possible the man had a rifle.

Breaking news: Sylmar High School is currently on lockdown due to a man with a rifle on the north side perimeter. #LASPD and #LAPD are on scene. The public is asked to stay clear from the area. Updates to follow... pic.twitter.com/BomM6y3jjP

A perimeter was set up in the area as officers look for the man and the school was placed on lockdown.

Police later said they believed they had located the man at an apartment complex on the north side perimeter.

Los Angeles Unified School District high schools have not yet welcomed students back to campus for in-person instruction.

School police were escorting staff members at the school to a safe location and by shortly after 2 p.m. said evacuations were complete.

Some of the Los Angeles Unified School District campuses will welcome back the youngest students this week with strict protocols in place.