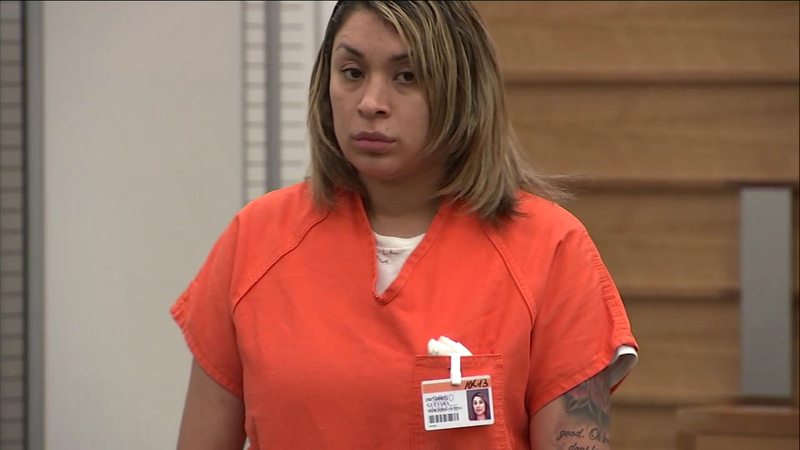 SAN BERNARDINO, Calif. (KABC) -- A woman accused of striking and killing a pregnant woman and her unborn child in a San Bernardino hit-and-run crash pleaded not guilty on Friday.

The San Bernardino County District Attorney's Office filed two additional charges against Mercedes Vanesa Guevera. Both new charges are for insurance fraud. She allegedly reported her car stolen following the hit-and-run and abandoned her car at the scene while it was on fire, officials said.

Gonzalez was 8 months pregnant during the fatal crash. The unborn child also died.

The pregnant pedestrian who was killed in a hit-and-run crash in San Bernardino was due to give birth in a month, her devastated mother said.

Police said someone from another car picked up the suspect and drove away. Evidence from the disabled car help to identify Guevara as the suspect.

On Monday, Guevara, 31, was arrested and booked on two counts of manslaughter in the hit-and-run crash. She is due back in court Aug. 20.

Gonzalez's mother said the family is still waiting for the coroner to release the bodies so a funeral can be held. She is also waiting to learn the sex of her unborn grandchild.