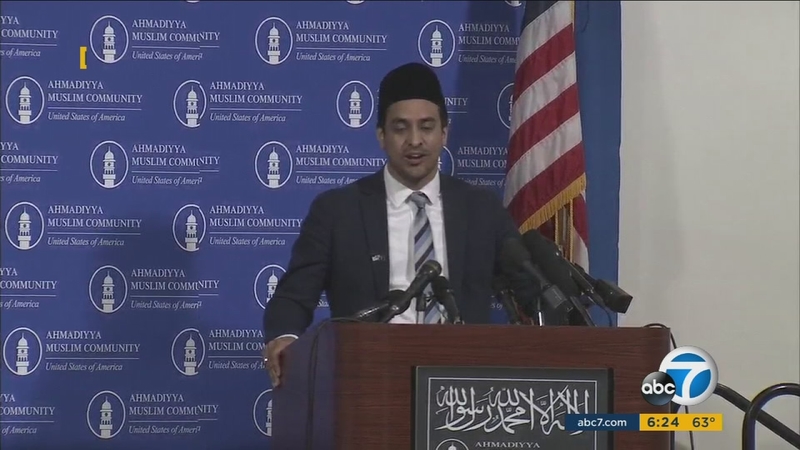 CHINO, Calif. (KABC) -- Although the suspects in the deadly San Bernardino massacre were of their faith, a Muslim community in Chino gathered to mourn and remember the victims in a prayer vigil held Thursday night.

Inside the Ahmadiyya Muslim Community Mosque in Chino, the Imam said he hopes a vigil brings people of all faiths together in the wake of the massacre that left 14 dead and 21 injured.

"We are going to pray for those victims and their families, and we will pray for our country," said Imam Mohammed Zafarullah.

As the tragedy in San Bernardino unfolded and authorities released the names of the suspects - Syed Farook and his wife Tashfeen Malik- members of the mosque said they condemned their actions.

"It is not the religion of Islam to take the life of innocent people," the Imam added. "That is totally wrong."

Jonathan Ghaffa, who joined the mosque more than 20 years ago, said it is both painful for the victims and for the Muslim community that continued to get backlash over the horrific crime.

"I make the analogy if you judged all Christians by the actions of the KKK, that wouldn't be fair," Ghaffa said. "It would be wrong. But with Islam, that tendency seems to be there."

Ghaffar said he tries to educate others about Islam, including Glenn Alsdorf, a Christian who visits the mosque weekly to learn more about the religion.