In the newly-released footage, the suspect walks up to a customer and shoves him for no reason.
KABC 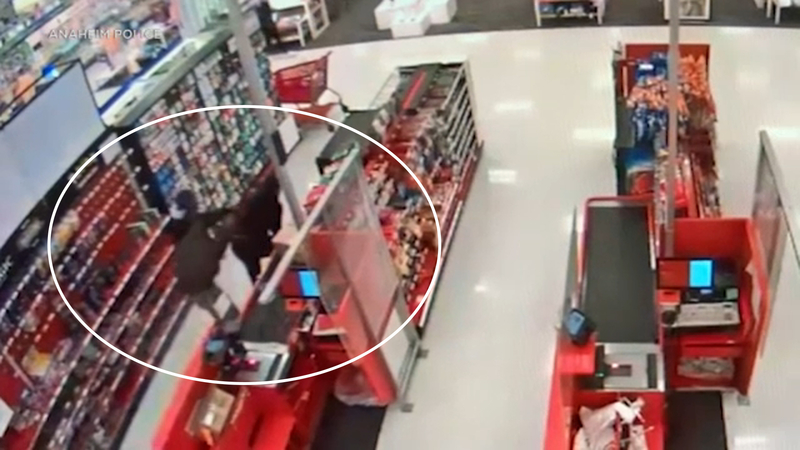 ANAHEIM, Calif. (KABC) -- A man who was caught on surveillance video attacking a library employee in Orange County for no apparent reason was caught doing the same thing to another victim at a Target store hours before.

In the newly-released footage, the man walks up to a customer and shoves him. He later follows him around the store. Police say the victim wasn't seriously injured.

According to police, a library worker was walking around and approached the suspect.

In surveillance video from that incident, the suspect stepped in front of the worker and knocked him to the ground. The employee fell and struck his head on the floor, causing him to lose consciousness.

"He did in this in front of a bunch of women and children that are in the library, and everybody looked shocked," said Sgt. Shane Carringer with the Anaheim Police Department. "He just steps over this unconscious victim ... even appears to look over his shoulder and possibly laughs and smiles as he walks away." 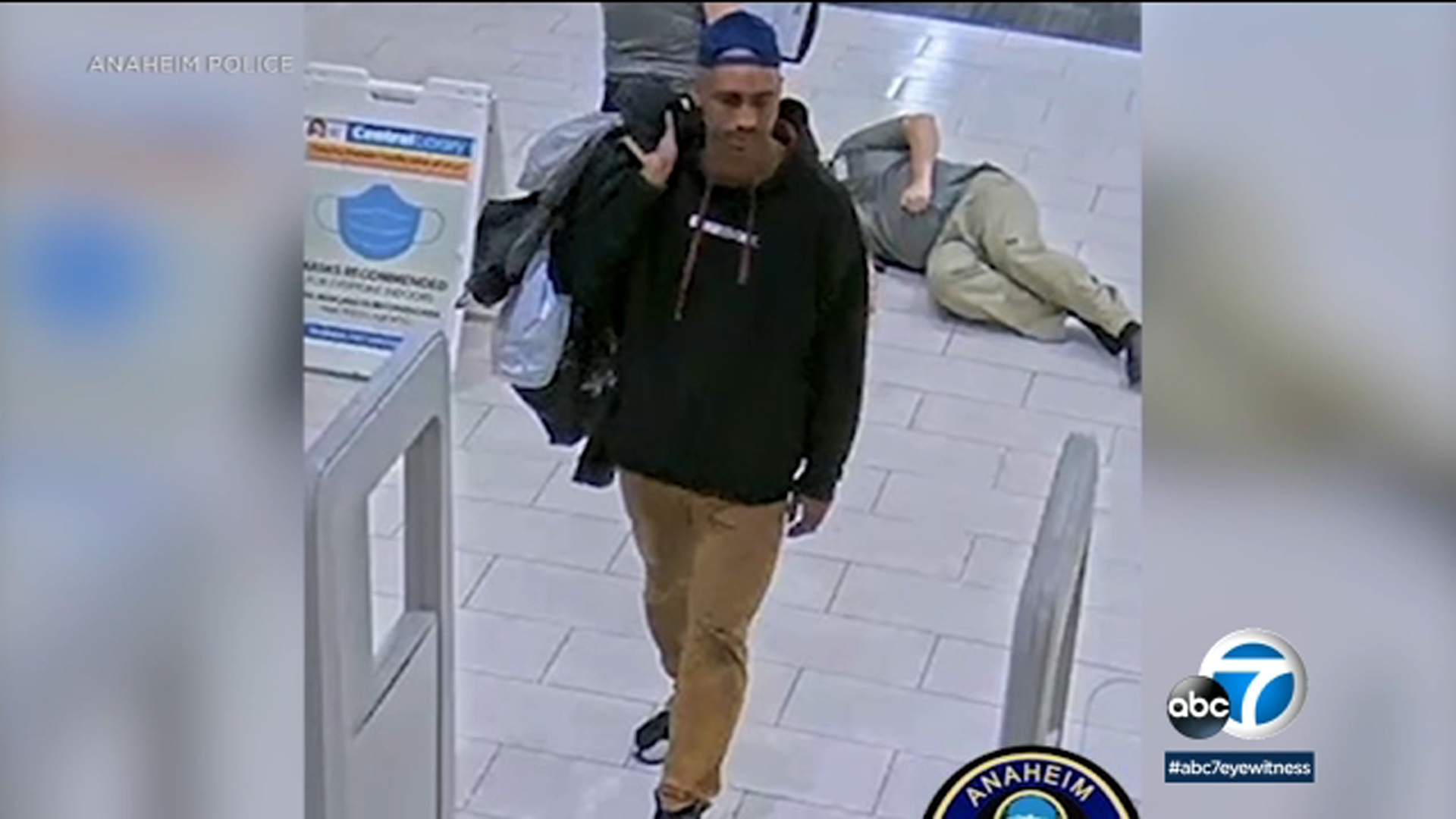 Police say the employee suffered a laceration to the back of his head and had to be rushed to the hospital.

The suspect is being described as a light-skinned Black male in his late 20s to early 30s. Police say he's tall with a thin muscular build and weighs about 200 pounds. Investigators believe he has short hair or could possibly be bald. He also has a mustache.

According to surveillance footage, the suspect was seen wearing a black hoodie with red drawstrings, light brown pants, white shoes and an L.A. Dodgers baseball cap.

Police say he was carrying numerous clothing items in bags and may be a transient.

Anyone with information is urged to call Anaheim PD Investigator Chemaly at 714-765-1583 or Orange County Crime Stoppers at 855-TIP-OCCS.