Police said the driver accidentally pressed the accelerator instead of pumping the brakes.
KABC 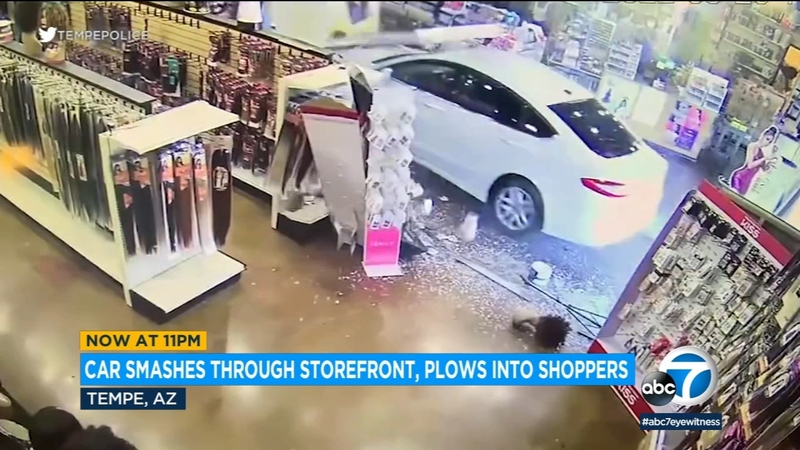 The jaw-dropping video captured the moment the driver of a car plowed into the store in Tempe, Arizona.

The footage shows the car smashing shelves and sending merchandise flying. It also shows the car violently hitting and knocking down two men who were inside.

According to police, the driver told investigators he "lost control of the brakes."

Police said the driver accidentally pressed the accelerator instead of pumping the brakes.

The driver was reportedly arrested on an unrelated warrant.