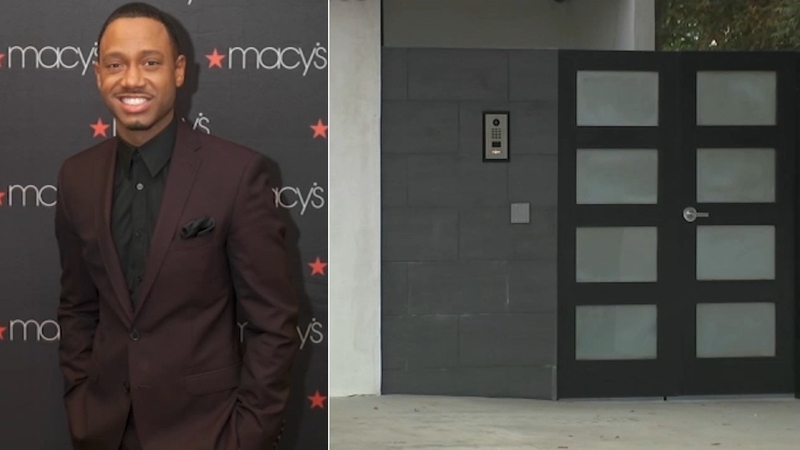 SHERMAN OAKS, LOS ANGELES (KABC) -- A group of armed suspects followed a television actor to his home in Sherman Oaks, tried to rob him and then shot at his car as he sped away, authorities say.

Neighbors tell Eyewitness News the victim of the attempted "follow-home" robbery was Terrence Jenkins, an actor and entertainment reporter who goes professionally by Terrence J and has hosted shows on E!, BET and MTV.

The incident happened around 3 a.m. Wednesday. Police say the four suspects in a car followed the victim to his home on Vista Street and confronted him there in an apparent attempt to rob him. At least one of the suspects was armed with a gun, police said.

Jenkins instead fled in his car, police say. The robbers chased after him and one of them opened fire in the area of Moorpark Street and Sepulveda Boulevard. No one was injured.

Jenkins managed to flag down a California Highway Patrol officer and report the incident.

LAPD officers responded to the scene and a police report was filed. Out of an abundance of caution, police searched the home to ensure that the suspects were not inside, authorities said.

Descriptions of the suspects and their vehicle were not immediately available.

The Los Angeles Police Department has issued a safety bulletin for parts of the city that have experienced an increase in crime, such as Melrose Ave, the Jewelry District, nightclubs and high-end restaurants.

The incident occurred two days after the LAPD issued a community alert to raise awareness of a recent increase in the "ongoing trend of follow home robberies."

"Suspects have been locating victims in Los Angeles, following them, and then committing the robberies as the victim arrives home or at their business," the bulletin said.

According to investigators, victims have been followed from such places as the Melrose Avenue shopping district, the downtown jewelry district, nightclubs and high-end restaurants.

Eyewitness News has learned model Jasmine Sanders and actor Terrence Jenkins are believed to have been involved in a crash in Studio City.

The targets of such robberies have been expensive jewelry, including watches, necklaces and purses. Victims have also been targeted based on the type of vehicle they were driving, police said.

Police advise anyone who thinks they are being followed to call 911 and drive to the nearest police or sheriff's station.

Residents of Jenkins' neighborhood describe the community as safe and quiet.

"I'm alarmed. I'm shocked," said local resident Bernard Adams. "I walk this neighborhood every morning. I've never seen or heard anything like that since I've been living here."